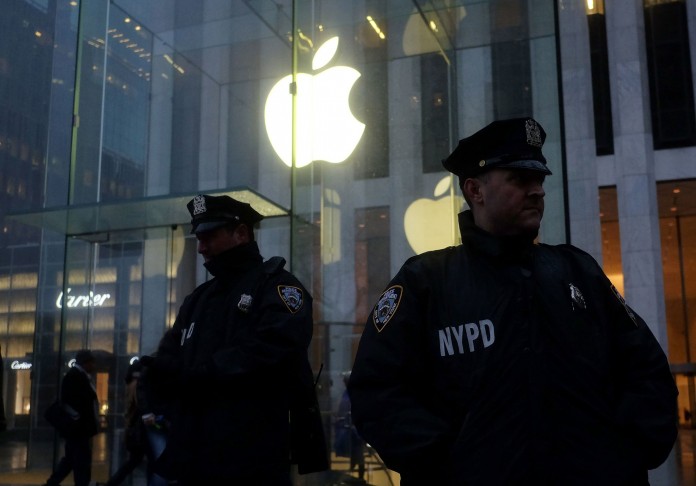 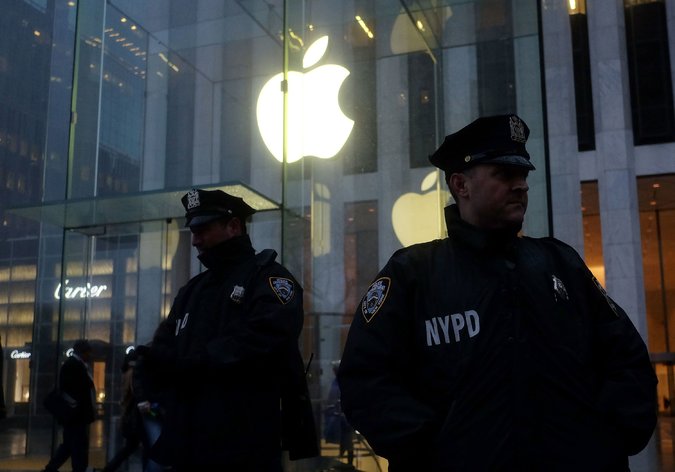 New York police officers stood guard during a demonstration outside the Apple store on Fifth Avenue on Tuesday.

WASHINGTON — Apple engineers have already begun developing new security measures that would make it impossible for the government to break into a locked iPhone using methods similar to those now at the center of a court fight in California, according to people close to the company and security experts.

If Apple succeeds in upgrading its security — and experts say it almost surely will — the company would create a significant technical challenge for law enforcement agencies, even if the Obama administration wins its fight over access to data stored on an iPhone used by one of the killers in last year’s San Bernardino, Calif., rampage. The F.B.I. would then have to find another way to defeat Apple security, setting up a new cycle of court fights and, yet again, more technical fixes by Apple.

The only way out of this back-and-forth, experts say, is for Congress to get involved. Federal wiretapping laws require traditional phone carriers to make their data accessible to law enforcement agencies. But tech companies like Apple and Google are not covered, and they have strongly resisted legislation that would place similar requirements on them.

“We are in for an arms race unless and until Congress decides to clarify who has what obligations in situations like this,” said Benjamin Wittes, a senior fellow at the Brookings Institution.

Companies have always searched for software bugs and patched holes to keep their code secure from hackers. But since the revelations of government surveillance made by Edward J. Snowden, companies have been retooling their products to protect against government intrusion.

Apple built its recent operating systems to protect customer information. As its chief executive, Timothy D. Cook, wrote in a recent letter to customers, “We have even put that data out of our own reach, because we believe the contents of your iPhone are none of our business.”

But there is a catch. Each iPhone has a built-in troubleshooting system that lets the company update the system software without the need for a user to enter a password. Apple designed that feature to make it easier to repair malfunctioning phones.

In the San Bernardino case, the F.B.I. wants to exploit that troubleshooting system by forcing Apple to write and install new software that strips away several security features, making it much easier for the government to hack into the phone. The phone in that case is an old model, but experts and former Apple employees say that a similar approach could also be used to alter software on newer phones. That is the vulnerability Apple is working to fix.

Apple officials alluded to this in a conference call last week when a journalist asked why the company would allow firmware — the software at the heart of the iPhone — to be modified without requiring a user password. One executive replied that it was safe to bet that security would continue to improve, and someone close to the company confirmed this week that Apple engineers had begun work on a solution even before the San Bernardino attack. A company spokeswoman declined to comment on what she called rumors and speculation.

Independent experts have offered possible solutions in both public forums and private, informal conversations with the company over the last few weeks. “There are probably 50 different ideas we have all sent to Apple,” said Jonathan Zdziarski, a security researcher.

Apple regularly publishes security updates and gives credit to researchers who hunt for bugs in the company’s software. “Usually, bug reports come in an email saying, ‘Dear Apple Security, we’ve discovered a flaw in your product,’ ” said Chris Soghoian, a technology analyst with the American Civil Liberties Union. “This bug report has come in the form of a court order.”

The court order to which Mr. Soghoian referred was issued last week by a federal judge magistrate, and tells Apple to write and install the code sought by the F.B.I. Apple has promised to challenge that order. Its lawyers have until Friday to file its opposition in court.

In many ways, Apple’s response continues a trend that has persisted in Silicon Valley since Mr. Snowden’s revelations. Yahoo, for instance, left its email service unencrypted for years. After Mr. Snowden revealed how the National Security Agency exploited the company, the company quickly announced plans to encrypt email. Google similarly moved to fix a vulnerability that the government was using to hack into company data centers. 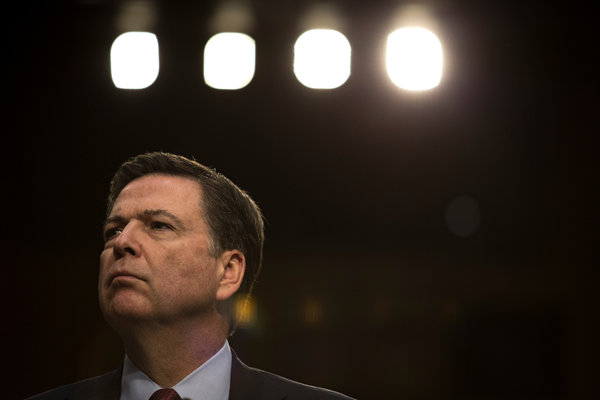 James B. Comey Jr., director of the F.B.I., said the government is not seeking a skeleton key to iPhones.

Apple’s showdown with the Justice Department is different in one important way. Now that the government has tried to force Apple to hack its own code, security officials say, the company must view itself as the vulnerability. That means engineers will have to design a lock they absolutely cannot break.

“This is the first time that Apple has been included in their own threat model,” Mr. Zdziarski said. “I don’t think Apple ever considered becoming a compelled arm of the government.”

The F.B.I. director, James B. Comey Jr., signaled this week that he expected Apple to change its security, saying that the phone-cracking tool the government sought in the San Bernardino case was “increasingly obsolete.” He said that supported the government’s argument that it was not seeking a skeleton key to hack all iPhones.

Apple, though, says the case could set a precedent for forcing company engineers to write code to help the government break any iPhone. “The U.S. government has asked us for something we simply do not have, and something we consider too dangerous to create,” Mr. Cook said in his letter.

The heated back-and-forth between the government and technology companies is, at least in part, a function of the Obama administration’s strategy. The White House has said it will not ask Congress to pass a law requiring tech companies to give the F.B.I. a way to access customer data. That has left the Justice Department to fight for access one phone at a time, in court cases that often go unnoticed.

While it is generally accepted that Silicon Valley’s tech giants can outgun the government in a technical fight, the companies do face one important limitation. Security features often come at the expense of making products slower or clunkier.

Apple’s brand is built around creating products that are sleek and intuitive. A security solution that defeats the F.B.I. is unworkable if it frustrates consumers. One of the impediments to encrypting all the data in Apple’s iCloud servers, for instance, has been finding a way to ensure that customers can easily access and recover photos and other information stored there.

“Telling a member of the public that they’re going to lose all the family photos they’ve ever taken because they forgot their password is a really tough sell,” Mr. Soghoian said. “A company wants to sell products to the public.”