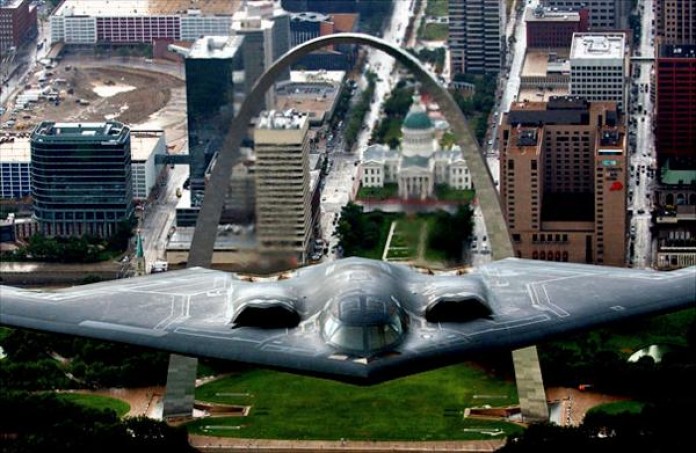 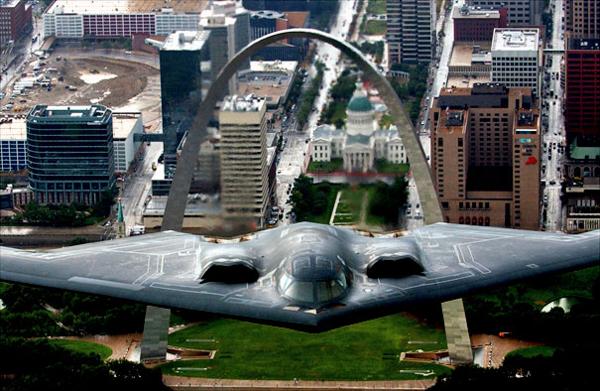 The US Air Force's new B-21 bomber will be similar in appearance to the B-2 Stealth Bomber (pictured over St. Louis), which has been in service since 1997.

The Air Force has revealed an artist's rendition of the B-21, a highly secretive, next-generation stealth bomber to replace an aging fleet of older planes flying missions around the world.

Secretary of the Air Force Deborah Lee James unveiled the illustration -- which bears a strong resemblance to the B-2 Spirit stealth bomber -- for the first time on Feb. 26 at an Air Force Association convention in Orlando, Fla.

"We have an image, we have a designation, but here's what we don't have," she told the audience. "We don't yet have a name."

James called on airmen and others to suggest names for the stealthy aircraft under development -- until now known simply as the Long Range Strike-Bomber, or LRS-B.

"The main reason for releasing this picture is to make the program real for legislators who up to now have seen it as kind of an abstraction or concept rather than a concrete item," said Loren B. Thompson, a senior defense analyst with the Virginia-based Lexington Institute and a defense industry consultant.

The Air Force could buy between 80 to 100 of the Northrop Grumman bombers. Costs are not finalized but the program could reach up to $80 billion by one estimate when research and development and procurement are factored in.

Designated as the first "21st-century bomber," the B-21 eventually would replace the workhorse B-52 Stratofortress, first flown in the 1950s, and the swing-wing B-1 Lancer, launched in the 1980s. The new bomber jet would join the fleet in the mid-2020s.

"The Air Force is trying to bolster the case for its new bomber in a Washington political culture that is suspicious of anything secret," he said. "Sen. John McCain's statement this week that he would oppose open-ended funding of the bomber's development underscores the political challenge the Air Force faces."

McCain, R-Ariz., is chairman of the Senate Armed Services Committee.

The new design corrects issues with the B-2 that rendered it more detectable in some situations, Thompson added.

"The only thing an adversary can learn from looking at this picture (of the B-21) is that most of their existing radars are going to be useless in being able to detect it," he said.

The B-21 design was chosen over a rival Boeing and Lockheed Martin team to build the next generation jet. Boeing filed a protest with the Government Accountability Office last year over losing the contract, but the GAO this month upheld the Air Force selection of Northrop Grumman.

The Air Force also bypassed the Fighters and Bombers Directorate headquartered at Wright-Patterson and gave oversight of the secretive plane's research and development to the Rapid Capabilities Office in Washington, D.C.

The new stealth bomber would be built to fly from the continental United States and penetrate increasingly sophisticated air defenses of potential adversaries, Air Force officials have said.