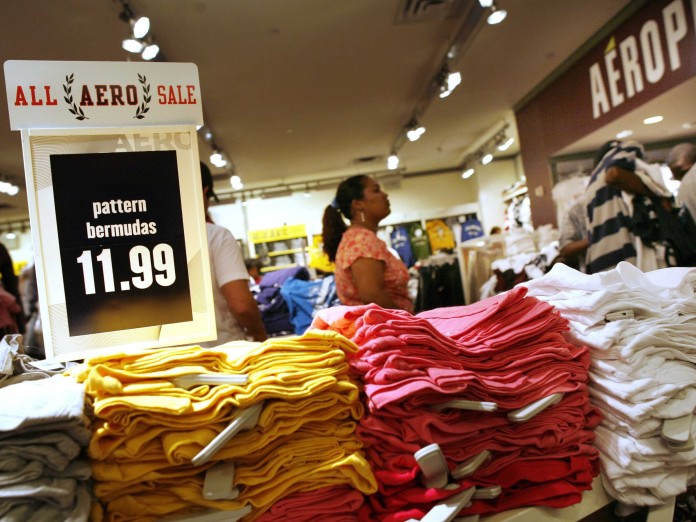 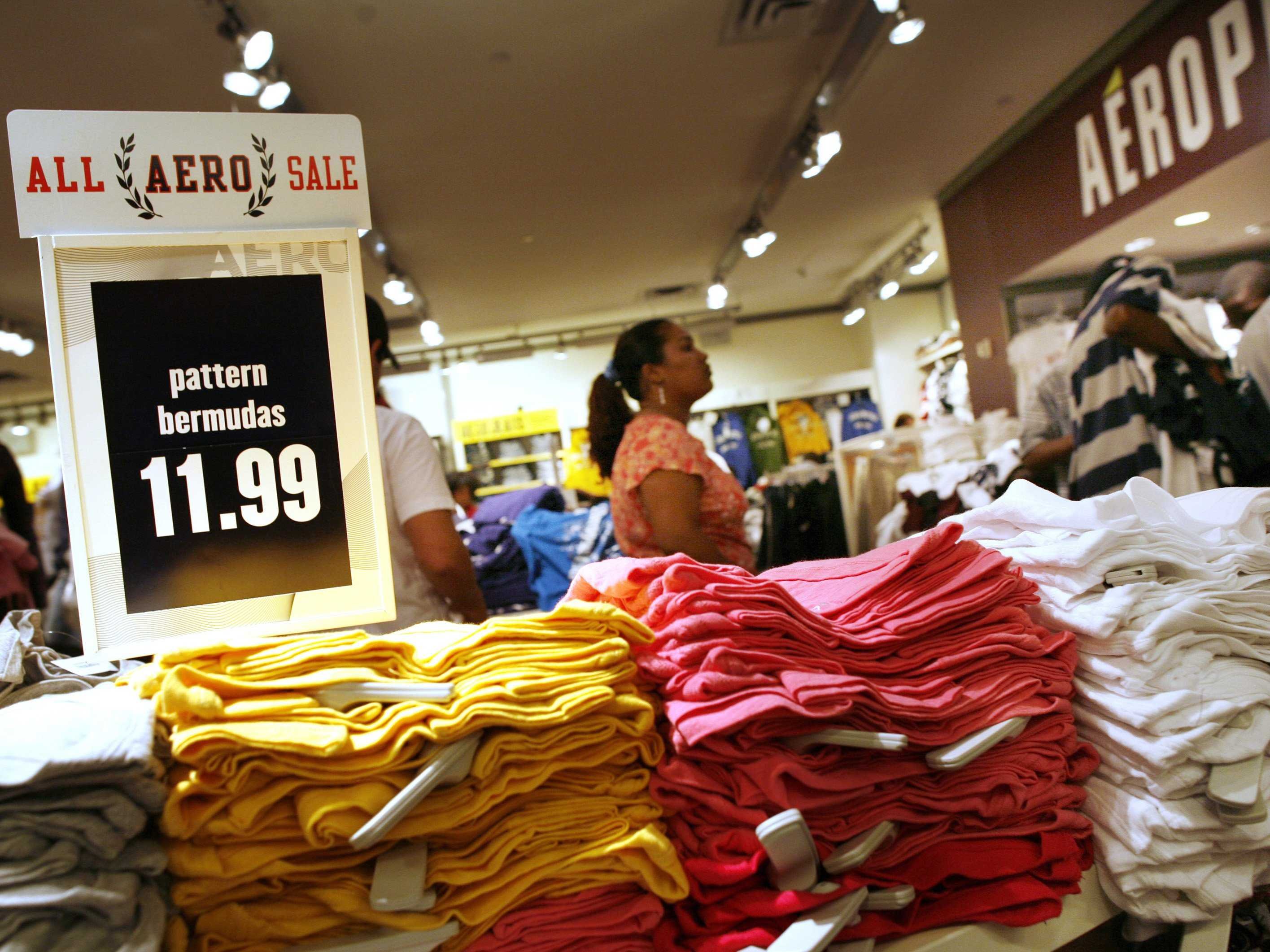 But it has lost popularity with teens — look no further than its dismal results for the fourth quarter of fiscal 2015, and the entirety of the year.

Comparable sales, including e-commerce, were down 6.7% compared to this time last year. Net sales were down 16.1%.

Shares were down 46% after earnings.

But terrible sales do not happen out of nowhere — a company has to make missteps.

Aeropostale is guilty of of one major mistake: it is not keeping up with its target customers. In fact, it seems stuck in a time capsule.

"Certainly, some of the decline is down to the challenging conditions within the teen fashion segment, but this 'excuse’ is far less compelling than it once was – not least because other players in the market, including AEO, are successfully rebuilding," Harrison wrote. "In our view, the majority of the blame for poor performance lies squarely with Aero which has failed to realign itself to the changing fashion demands of younger shoppers. Against this backdrop Aero has a range that looks more at home in the mid 2000s than 2015," Carter Harrison, retail analyst, wrote in a note to clients after third quarter earnings for fiscal 2015.

Since clothes aren't selling, Aeropostale has to resort to constant discounts to try to clear its inventory.

"This loss of customers has weakened turnover of inventory which has left stores crowded with merchandise – something which further detracts from the shopping experience and has seen many shoppers defect to fast fashion rivals. In response, Aero has attempted to stimulate demand and clear stock with heavy discounts and promotions. However, as the problem lies with product design and mix, rather than with pricing, the impact on sales has been negligible," Harrison wrote at the time.

Thomson ReutersWoman walks past an Aeropostale store in Times Square in New YorkYet interestingly enough, Aeropostale has been desperately trying to appeal to young people — the retailer secured popular YouTube personality Bethany Mota for her own collections last year and has curated a blog with a Pinterest-friendly aesthetic. These efforts are just failing to resonate with the brand's target customers.

"To be fair to Aero, the misalignment of the range is not from a lack of trying. Over the past couple of years the company has brought in a whole raft of brands, including Tokyo Darling and Bethany Mota, but has seemingly done so without much consideration of the holistic proposition. The result is that Aero now has a very jumbled and confusing assortment and no real distinct point of view and has lost customers as a result," Harrison wrote.

A recent survey proved that teens are fleeing the brand in droves.

Piper Jaffray surveyed teens to find out where they are — and aren't — shopping in its semiannual Taking Stock With Teens Survey.

The brand ranked at the top for brands that upper-income females no longer wear. Between 22 and 32% of teens surveyed over the past two years say they no longer shop there.

And it didn't rank too favorably for upper-income males, either — although the brand is in not as dire straits with men as it is with women.

Piper JaffrayTo add insult to the injury, the New York Stock gave Aeropostale a listing warning in late September, as its shares have dipped below $1.

However, CEO Julian Geiger seems optimistic about what's coming up for Aeropostale, despite some current setbacks. He said in a press release:

"The business trend has improved significantly since we introduced our spring merchandise assortments and launched our factory store initiative.  Under normal conditions, we would be very optimistic about our potential for financial growth throughout the first half of 2016.  Regrettably, our short-term visibility is limited by our current vendor dispute."