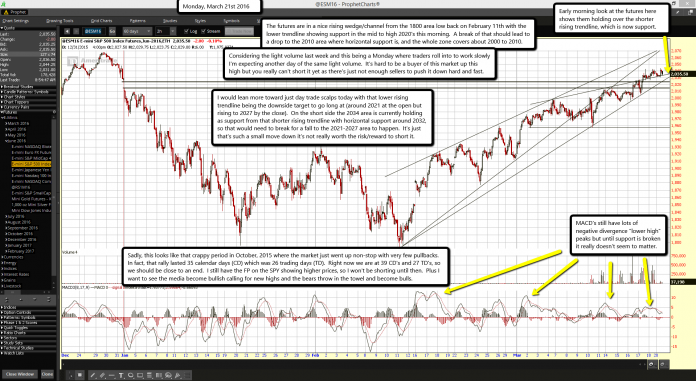 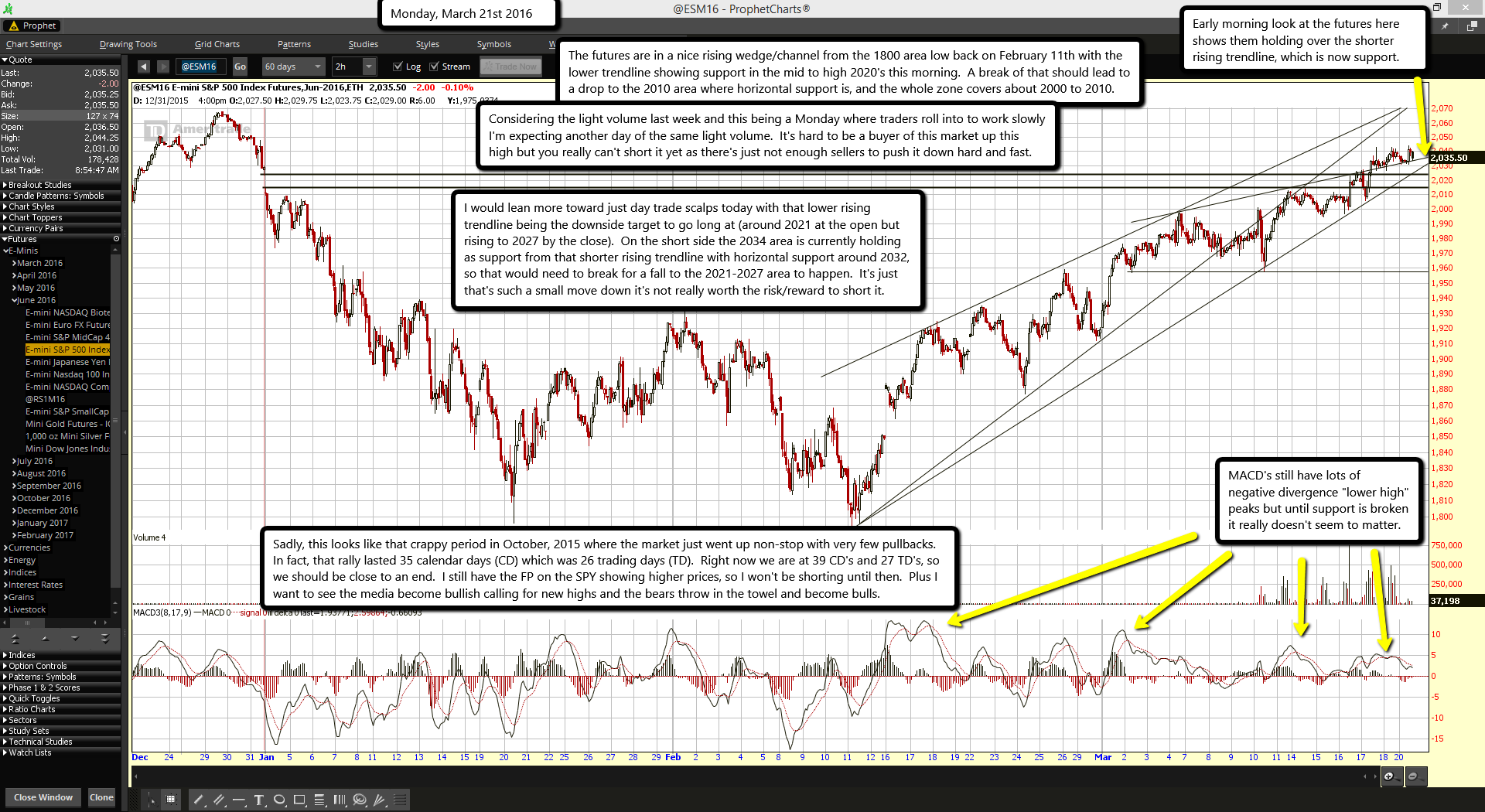 Early morning look at the futures here shows them holding over the shorter rising trendline, which is now support.

MACD's still have lots of negative divergence "lower high" peaks but until support is broken it really doesn't seem to matter.

The futures are in a nice rising wedge/channel from the 1800 area low back on February 11th with the lower trendline showing support in the mid to high 2020's this morning.  A break of that should lead to a drop to the 2010 area where horizontal support is, and the whole zone covers about 2000 to 2010.

Considering the light volume last week and this being a Monday where traders roll into to work slowly I'm expecting another day of the same light volume.  It's hard to be a buyer of this market up this high but you really can't short it yet as there's just not enough sellers to push it down hard and fast.

I would lean more toward just day trade scalps today with that lower rising trendline being the downside target to go long at (around 2021 at the open but rising to 2027 by the close).  On the short side the 2034 area is currently holding as support from that shorter rising trendline with horizontal support around 2032, so that would need to break for a fall to the 2021-2027 area to happen.  It's just that's such a small move down it's not really worth the risk/reward to short it.

Sadly, this looks like that crappy period in October, 2015 where the market just went up non-stop with very few pullbacks.  In fact, that rally lasted 35 calendar days (CD) which was 26 trading days (TD).  Right now we are at 39 CD's and 27 TD's, so we should be close to an end.  I still have the FP on the SPY showing higher prices, so I won't be shorting until then.  Plus I want to see the media become bullish calling for new highs and the bears throw in the towel and become bulls.