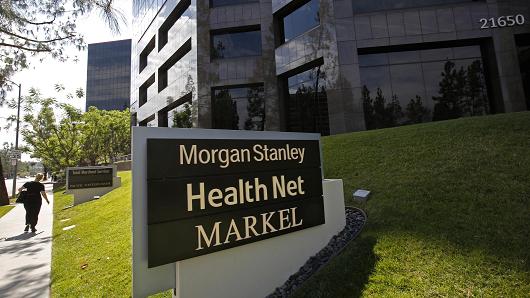 Shares of health insurer Centene gained more than 4 percent after the firm announced it had received approval for its $6.3 billion acquisition of Health Net from health insurance officials at the California Department of Managed Health Care (DHMC), one of two regulatory agencies in the state needed to sign off on the deal.

"We think the approval from the DMHC reflects significant momentum in the regulatory approval process," said Susquehanna analyst Chris Rigg in a research note to clients. He said key concessions the firms offered for approval, included maintaining Health Net's operations and headquarters in the state, and investing more than $300 million in programs and infrastructure to improve health care for low-income Californians.

"We believe the conditions imposed by the DMHC are in line with the companies' expectations," Rigg said.

Final approval of Centene and Health Net's merger now rests with the California Department of Insurance (DOI). The department of justice signed off on the deal last August, terminating its antitrust review early.

"Centene and Health Net expect to close the transaction shortly after receipt of approval from the California Department of Insurance, subject to satisfaction or waiver of the closing conditions," the two firms said in a press release announcing the deal.
Source link