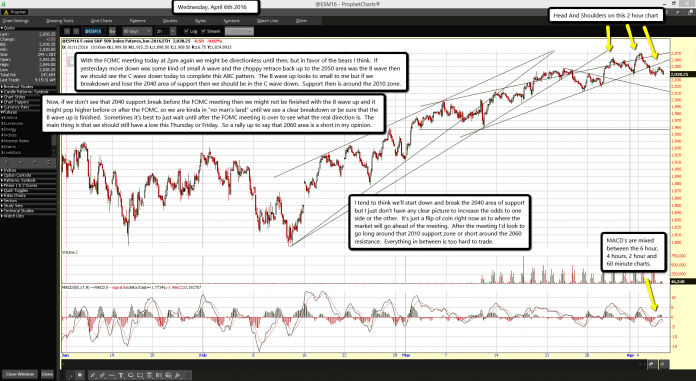 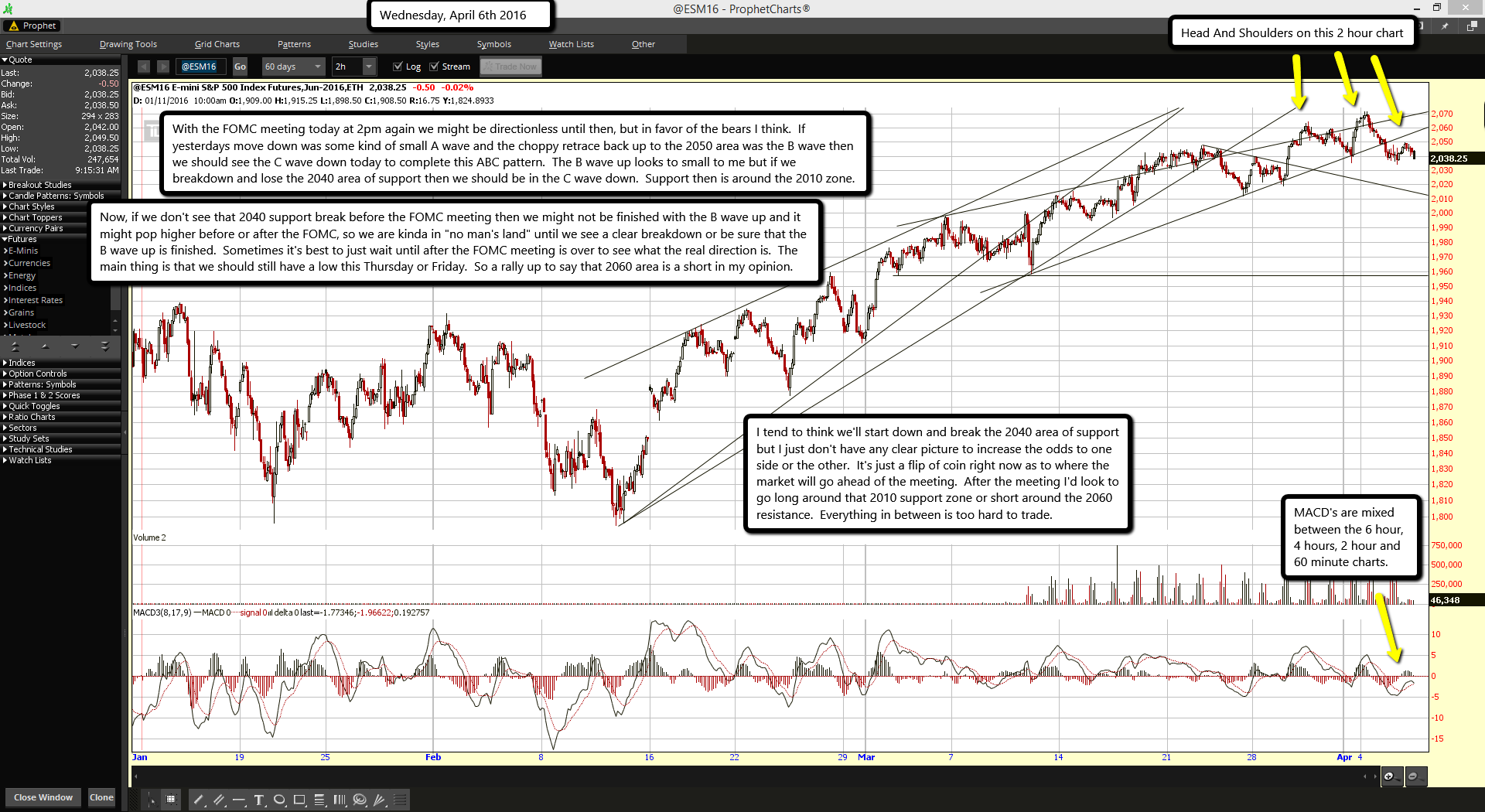 Head And Shoulders on this 2 hour chart

With the FOMC meeting today at 2pm again we might be directionless until then, but in favor of the bears I think.  If yesterdays move down was some kind of small A wave and the choppy retrace back up to the 2050 area was the B wave then we should see the C wave down today to complete this ABC pattern.  The B wave up looks to small to me but if we breakdown and lose the 2040 area of support then we should be in the C wave down.  Support then is around the 2010 zone.

Now, if we don't see that 2040 support break before the FOMC meeting then we might not be finished with the B wave up and it might pop higher before or after the FOMC, so we are kinda in "no man's land" until we see a clear breakdown or be sure that the B wave up is finished.  Sometimes it's best to just wait until after the FOMC meeting is over to see what the real direction is.  The main thing is that we should still have a low this Thursday or Friday.  So a rally up to say that 2060 area is a short in my opinion.

I tend to think we'll start down and break the 2040 area of support but I just don't have any clear picture to increase the odds to one side or the other.  It's just a flip of coin right now as to where the market will go ahead of the meeting.  After the meeting I'd look to go long around that 2010 support zone or short around the 2060 resistance.  Everything in between is too hard to trade.