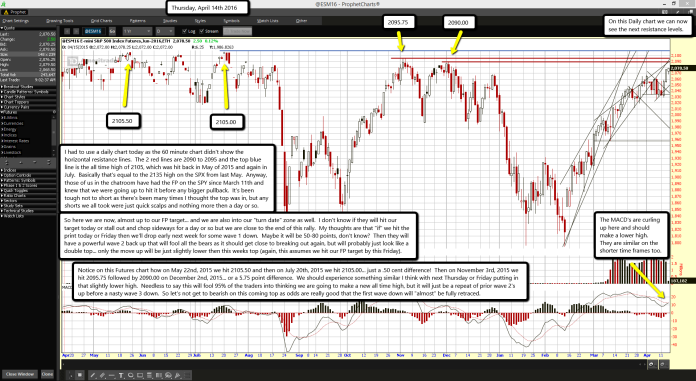 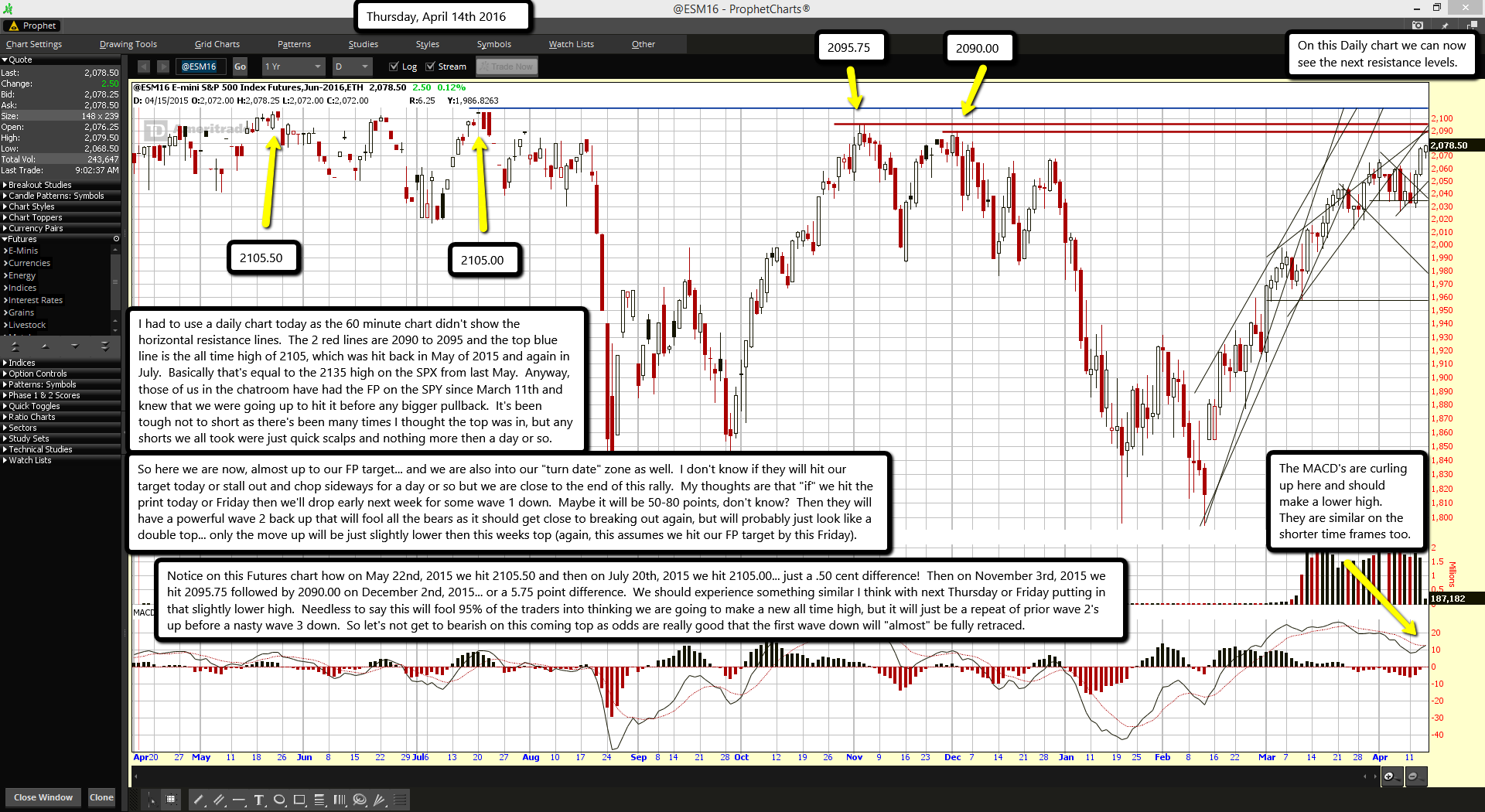 On this Daily chart we can now see the next resistance levels.

The MACD's are curling up here and should make a lower high.  They are similar on the shorter time frames too.

I had to use a daily chart today as the 60 minute chart didn't show the horizontal resistance lines.  The 2 red lines are 2090 to 2095 and the top blue line is the all time high of 2105, which was hit back in May of 2015 and again in July.  Basically that's equal to the 2135 high on the SPX from last May.  Anyway, those of us in the chatroom have had the FP on the SPY since March 11th and knew that we were going up to hit it before any bigger pullback.  It's been tough not to short as there's been many times I thought the top was in, but any shorts we all took were just quick scalps and nothing more then a day or so.

So here we are now, almost up to our FP target... and we are also into our "turn date" zone as well.  I don't know if they will hit our target today or stall out and chop sideways for a day or so but we are close to the end of this rally.  My thoughts are that "if" we hit the print today or Friday then we'll drop early next week for some wave 1 down.  Maybe it will be 50-80 points, don't know?  Then they will have a powerful wave 2 back up that will fool all the bears as it should get close to breaking out again, but will probably just look like a double top... only the move up will be just slightly lower then this weeks top (again, this assumes we hit our FP target by this Friday).