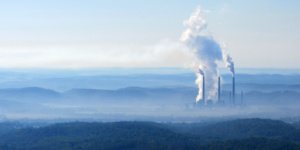 By Suzanne Herel and Ted Caddell

The commission granted a request by the Electric Power Supply Association and others asking it to rescind the affiliate sales waivers it gave AEP in 2014 (EL16-33) and FirstEnergy in 2008 (EL16-34) based on Ohio’s retail choice law.

The commission said despite retail choice, the company’s ratepayers were essentially “captive” customers because the PPAs, approved by the Public Utilities Commission of Ohio on March 31, would impose on them non-bypassable distribution charges.

“These non-bypassable charges present the ‘potential for the inappropriate transfer of benefits from [captive] customers to the shareholders of the franchised public utility,’ and, thus, could undermine the goal of the commission’s affiliate restrictions,” FERC said.

As a result, the PPAs will be subject to FERC’s Edgar test, which will require the companies to prove the lack of affiliate abuse by evidence of head-to-head competition, or  benchmarks such as prices that non-affiliated buyers are willing to pay.

That will be a difficult hurdle for the companies to clear, as the PPAs were not subject to competition, and critics say they could impose billions in extra costs on consumers.

FirstEnergy shares dropped 4.85% in after-hours trading. AEP shares were down 1.2%.

FirstEnergy and AEP have said the PPAs are crucial to keeping some of their underperforming coal-fired plants running in the state.

Although the PPAs guarantee the generators receive revenue streams above current market prices, AEP and FirstEnergy contend the deals will save customers money if natural gas prices increase.

FirstEnergy spokesman Doug Colafella said the company was disappointed in the ruling. “Our affiliate FirstEnergy Solutions was previously granted authorization to conduct transactions with our Ohio utilities in 2008, and the PPA will benefit our customers by protecting them against rising retail prices and volatility in future years.

“We also believe that the PPA complies with existing FERC rules that promote retail shopping, and our Ohio customers will continue to have the ability to choose a competitive supplier. FirstEnergy is evaluating its options, which include seeking rehearing of FERC’s order, as well as filing the PPA for FERC’s review. It’s always been our position that the PPA will satisfy the FERC’s criteria for an affiliate contract.”

In its companion orders, FERC agreed with the complainants that the affected customers are essentially captive. In addition, in the case of FirstEnergy, “the commission addressed the more general concern raised by a protester that FirstEnergy’s electric security plan proposal would create barriers to competition.”

The commission directed AEP and FirstEnergy to revise their market-based rate tariffs within 30 days and file notices of a change in status “addressing whether this change in circumstances affects any other waivers the commission previously granted.”

On Wednesday night, EPSA released a statement saying it was still reviewing the orders.

“Tonight, FERC issued orders (without dissent) granting the complaints EPSA, with support from a broad coalition of consumers, environmental groups and others, filed last January to remove the waivers protecting the controversial Ohio PPAs from full FERC review,” it said. “This means if AEP and FE elect to proceed with the wholesale contracts, they will need to file the PPAs … and show among other things that the deals they negotiated with themselves satisfy FERC’s rules designed to protect against such affiliate abuse.”

FERC said its “fundamental goal in categorizing certain customers as ‘captive’ is to protect customers served by franchised public utilities from inappropriately subsidizing the market-regulated or non-utility affiliates of the franchised public utility or otherwise being financially harmed as a result of affiliate transactions and activities. … Where, as here, circumstances demonstrate that a retail customer has no choice but to pay the costs of an affiliate transaction, they effectively are captive with respect to the transaction.”

FERC did agree with AEP and FirstEnergy on one point, rejecting the complainants’ claim that the PPAs would distort prices in PJM by subsidizing the continued operation of generation that would otherwise retire.

The commission said that PJM bidding behavior was not relevant to the affiliate abuse complaint and thus outside the scope of the cases. However, the commission noted that a third complaint filed by Calpine over the PPAs, in which PJM rules are central, remains pending (EL16-49). The complainants asked FERC to expand PJM’s minimum offer price rule to ensure the PPAs don’t distort May’s 2019/20 Base Residual Auction.

“By this order, we do not prejudge the outcome of that proceeding,” the commission said. (See Generators to FERC: Expand MOPR for Subsidized FE, AEP Plants.)

FERC said its ruling “does not frustrate or usurp the Ohio commission’s role in protecting retail customers. Rather, this commission has an independent role to ensure that wholesale sales of electric energy and capacity are just and reasonable and to protect against affiliate abuse. The commission’s affiliate restrictions protect against captive customers of franchised public utilities cross-subsidizing market-regulated power sales affiliates. The affiliate PPA raises the potential for cross-subsidization from AEP Ohio’s retail customers – who are captive in the sense that they cannot avoid the non-bypassable charge – to AEP Ohio’s market-regulated power sales affiliate, AEP Generation.”

The commission used virtually identical language in its FirstEnergy order.

FERC, he said, “is not being swept by the powerful forces in state capitals. Electric utilities are the 800-pound gorillas” in state politics, he said.

Former PUCO chairman Todd Snitchler, now with The Alliance for Energy Choice, said Wednesday night he was “obviously pleased” with the rulings after taking a cursory review but wanted more time before commenting further.

“Today, federal regulators stood up for customers and defended fair markets and competition, sending a clear signal to any utility trying to bail out their uneconomic power plants through political prowess,” the Environmental Defense Fund said. “FERC’s decision to block these bailouts will save Ohioans $6 billion while spurring energy innovation and reducing harmful pollution.”

Ohio Consumers’ Counsel Bruce Weston also celebrated the order. “In response to legal action by the Consumers’ Counsel and others, federal officials today provided Ohioans the benefits of competitive markets and lower rates that they did not receive in the state plans filed by FirstEnergy and AEP,” Weston said. “The federal ruling has the potential to save each of several million Ohio electric consumers hundreds of dollars over the next eight years, while protecting the competitive market envisioned by the Ohio legislature in 1999.