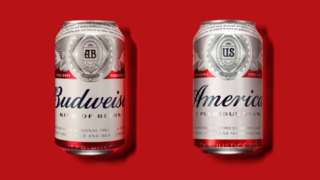 Budweiser cans will be relabelled with the name 'America' through November.

Budweiser beer plans to rebrand its cans for the summer in a bid to capture the patriotism of US consumers.

The beer will have its name changed to "America" from May to September.

Budweiser is hoping to capture the patriotic spirit of Americans focused on events like the US election, summer Olympics, and Copa America Centenario.

This is not the first time Brazilian-run, Belgium-based parent company, Anheuser-Busch InBev, has redesigned its labels to feature American icons.

Ab-Inbev has run pictures of the Statue of Liberty and the American flag on Budweiser's labels in previous summer promotions.

The Belgian-Brazilian company control's nearly 25% of the world's beer market.

North American is Ab-Inbev's most profitable market. In its 2015 financial report the company said it planned to invest in more marketing campaigns to boost sales of its brands including Budweiser.

"We are increasing our investments in sales and marketing programs that build on each brand's distinct image and consumer positioning," the company wrote in its report.

Beer sales typically spike between the end of May and the beginning of September and AB-InBev's hope is that the new labelling may allow Budweiser to attract even more American consumers.

The writing on the cans will look the same as the script used to write Budweiser. The can will get a full makeover with everything rewritten to have a patriotic US slant - even the words "trade mark registered" will be replaced with "Indivisible since 1776".

In a statement, Budweiser vice president Ricardo Marques said: "Budweiser has always strived to embody America in a bottle, and we're honoured to salute this great nation where our beer has been passionately brewed for the past 140 years."

The company has also launched targeted marketing campaigns in other regions. Budweiser bottles were redesigned for New Year in China and linked to football and music events in the UK.

US Budweiser was created in St. Louis, Missouri in 1876.

Due to a trademark battle, Ab-Inbev has to market the beer as "Bud" in many countries in the European Union, excluding Ireland, the UK and Spain.

The Czech beer-maker Budweiser Budvar Brewery controls the name in the other EU countries. 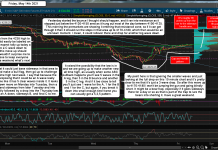