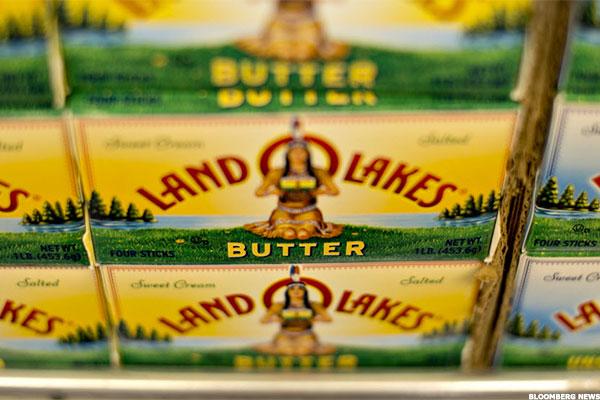 It's only Tuesday, but already it's been a good week for Dean Foods (DF - Get Report) , America's largest dairy products manufacturer. Just back in March, the stock was tanking as investors fled following a negative report from Morgan Stanley. But a positive earnings report and an announcement of a major acquisition sent the stock upward on Tuesday. Are these gains meant to last, or are they just a temporary upswing for an otherwise beleaguered company? 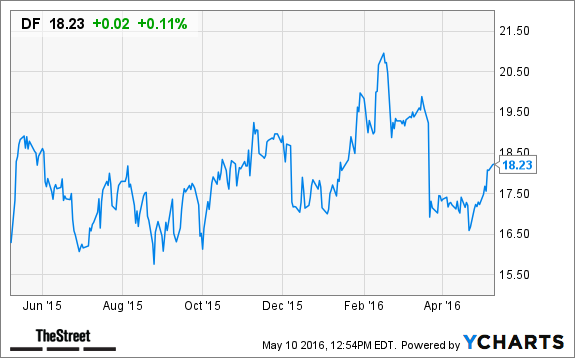 Back on March 22, Morgan Stanley reiterated its "underweight" rating on Dean Foods stock, citing the company's risk for margin contraction. And around the same time, Walmart, Dean Foods' biggest client by volume, announced that it would be opening its own milk-processing operation. Shares fell by 12% in a single session.

But now the company is singing a new tune. Dean, which owns more than 50 regional brands (such as Land O'Lakes butter), reported first-quarter earnings that beat Wall Street forecasts. Whereas analysts on average expected adjusted earnings per share of 38 cents, Dean reported adjusted EPS of 45 cents. This is an 87.5% year-over-year increase and marked the fifth consecutive quarter of growth.

But the company also announced that it will be purchasing the manufacturing and retail business of Friendly's Ice Cream from private equity firm Sun Capital Partners for $166 million in cash.

"We are thrilled at the prospects the Friendly's Ice Cream acquisition brings to Dean Foods," CEO Gregg Tanner said in a news release. "The Friendly's brand will be a catalyst in our strategy to grow our existing ice cream business and branded portfolio."

Friendly's packaged ice cream currently retails in more than 7,500 supermarkets around the country. The acquisition will give Dean Foods a bigger footprint in this market.

Shares of Dean Foods shot as high as $19 today but have since retreated to near $18, which happens to be Morgan Stanley's price target for the stock. But it's not time to pile into this discount stock just yet.

Dean Foods may have a solid history of positive earnings, and the company may have a strong portfolio of dairy brands. But the stock has been volatile and still carries a fair share of risk. But Dean Foods is improving, making strides in its efforts to ease its debt load. For the quarter, the company's net debt-to-EBITDA ratio improved to 1.72 times.

It's not a stock investors should avoid at all costs or start selling off. Instead, Dean Foods is worth keeping an eye on. Should the company find success with its Friendly's acquisition, and should Dean Foods solve its Walmart problem, Dean Foods could become a sweet investment. Until then, sit tight.