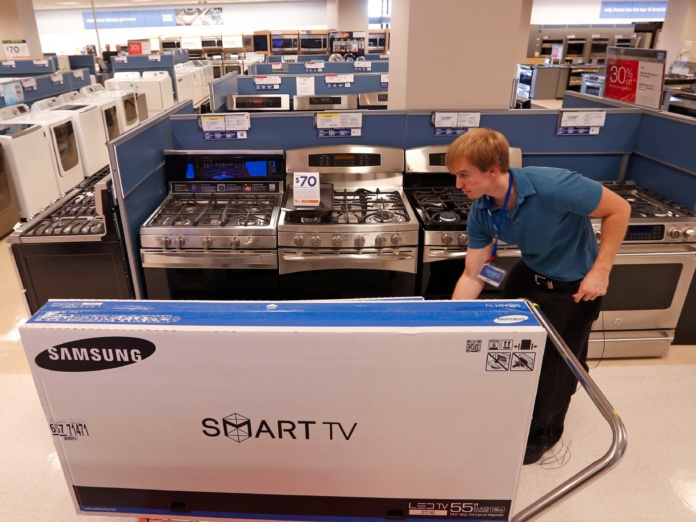 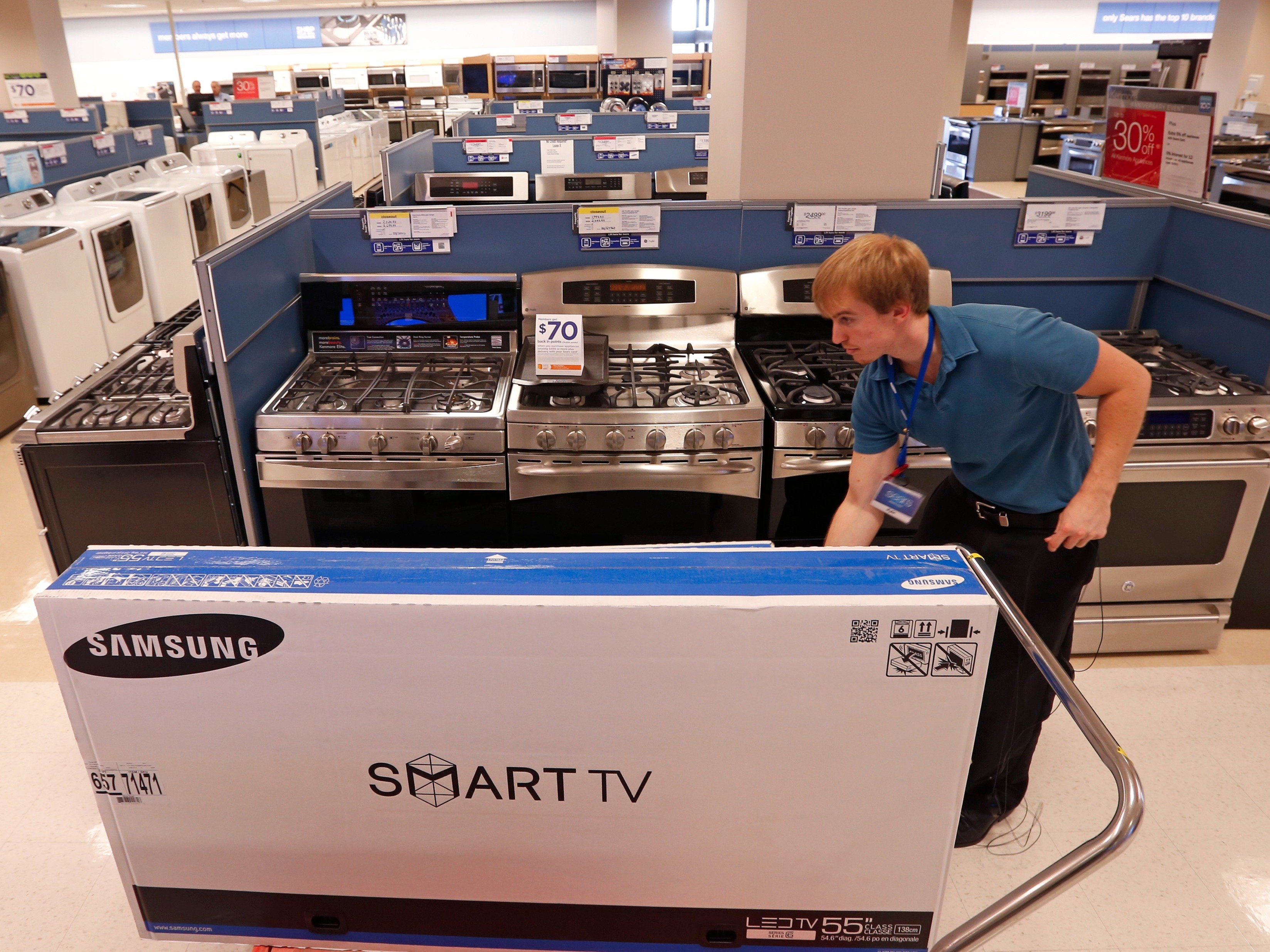 Sears is in decline.  Sears is imploding.

Sales are continuing to fall and the company's one hope for survival — it's home appliances business — is now in decline.

"This was one of the main areas contributing to the decline – in spite of the fact that across retail as a whole this category grew strongly over the first part of this year," Neil Saunders, CEO of retail consulting firm Conlumino, said in a note on Thursday.

"That Sears is unable to make gains in categories which are growing, and in which it has a more established presence, highlights its main issue: it has fallen out of favor with American shoppers who continue to abandon the chain at a fairly alarming rate."

The department store chain reported Thursday that its profit improved slightly in the most recent quarter due to trimmed expenses, but sales declined 8.3%. Kmart same-store sales dropped 5%, and Sears domestic same-store sales fell 7.1%.

The company said it's now exploring the possible sale of three of its iconic appliance brands including Kenmore, Craftsman, and DieHard. 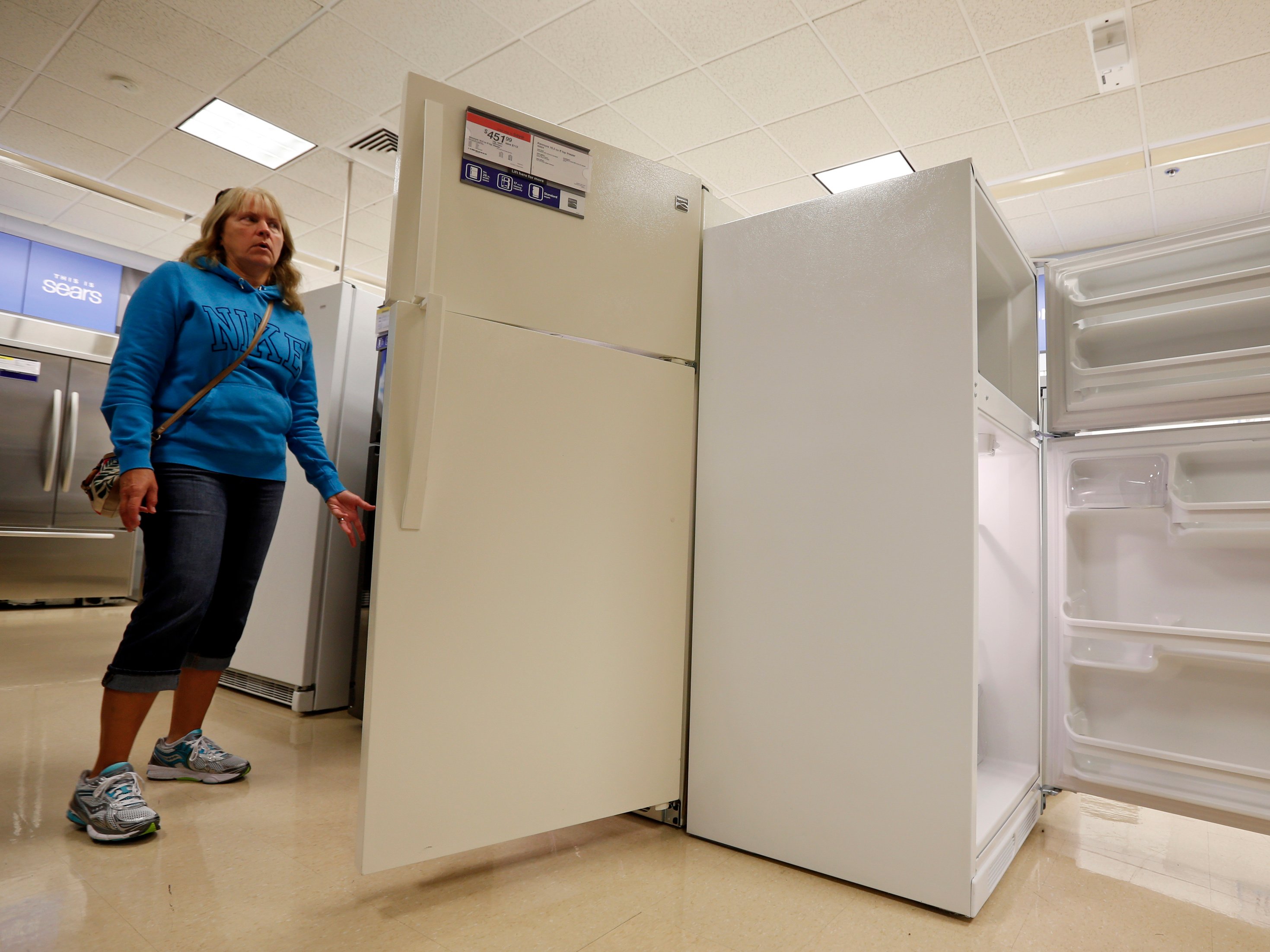 Jim Young/ReutersThe Kenmore, Craftsman and DieHard brands “are beloved by the American consumer, and we believe that we can realize significant growth by further expanding the presence of these brands outside of Sears and Kmart,” the company said.

The move could yield some additional revenue for the company, which appeared to please investors. Sears' shares rose more than 4% on Thursday.

But the sale of these iconic brands is an alarming sign for the viability of Sears' retail business.

"It is something of a tacit admission that Sears doesn’t really see much potential to grow these assets within its own retail businesses," Saunders wrote. "This could represent the beginning of the end for Sears as it starts to sell off its 'family assets’ in a bid to ensure that it remains solvent over the medium term."

While Sears considers selling off its appliance brands, rivals like Home Depot and JCPenney are ramping up their investment in the category, which has been growing across the board for most retailers.

Home Depot has been expanding the amount of space in its stores devoted to home appliances, like refrigerators and stoves. The company said sales growth in that category was a major driver behind its 6.5% increase in first-quarter sales.

Meanwhile JCPenney made a massive investment in the space, and started selling home appliances this year after a 33-year hiatus.

After a successful pilot earlier this year, JCPenney will be expanding appliance sales to 500 stores this summer.