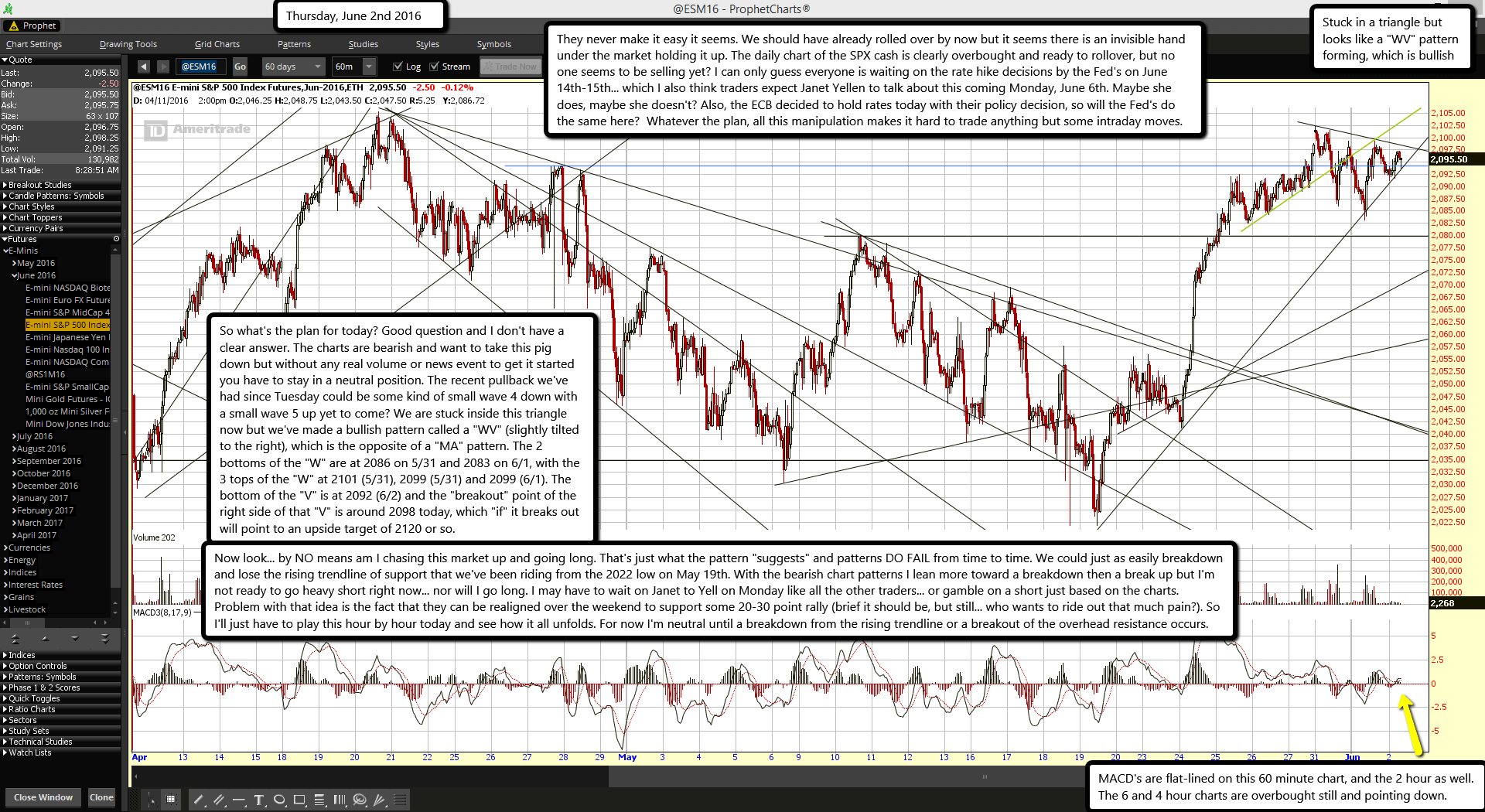 Stuck in a triangle but looks like a "WV" pattern forming, which is bullish

MACD's are flat-lined on this 60 minute chart, and the 2 hour as well. The 6 and 4 hour charts are overbought still and pointing down.

They never make it easy it seems. We should have already rolled over by now but it seems there is an invisible hand under the market holding it up. The daily chart of the SPX cash is clearly overbought and ready to rollover, but no one seems to be selling yet? I can only guess everyone is waiting on the rate hike decisions by the Fed's on June 14th-15th... which I also think traders expect Janet Yellen to talk about this coming Monday, June 6th. Maybe she does, maybe she doesn't? Also, the ECB decided to hold rates today with their policy decision, so will the Fed's do the same here?  Whatever the plan, all this manipulation makes it hard to trade anything but some intraday moves.

Now look... by NO means am I chasing this market up and going long. That's just what the pattern "suggests" and patterns DO FAIL from time to time. We could just as easily breakdown and lose the rising trendline of support that we've been riding from the 2022 low on May 19th. With the bearish chart patterns I lean more toward a breakdown then a break up but I'm not ready to go heavy short right now... nor will I go long. I may have to wait on Janet to Yell on Monday like all the other traders... or gamble on a short just based on the charts. Problem with that idea is the fact that they can be realigned over the weekend to support some 20-30 point rally (brief it should be, but still... who wants to ride out that much pain?). So I'll just have to play this hour by hour today and see how it all unfolds. For now I'm neutral until a breakdown from the rising trendline or a breakout of the overhead resistance occurs.