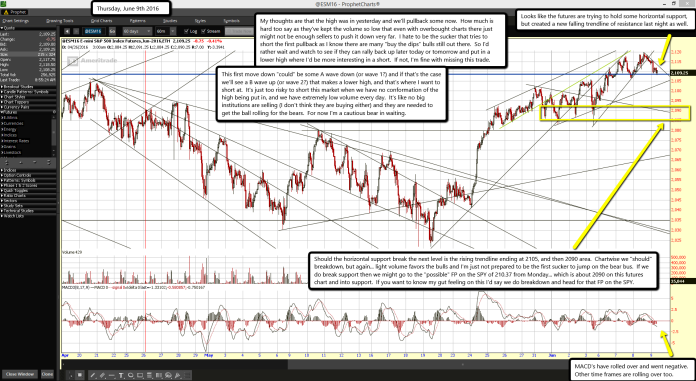 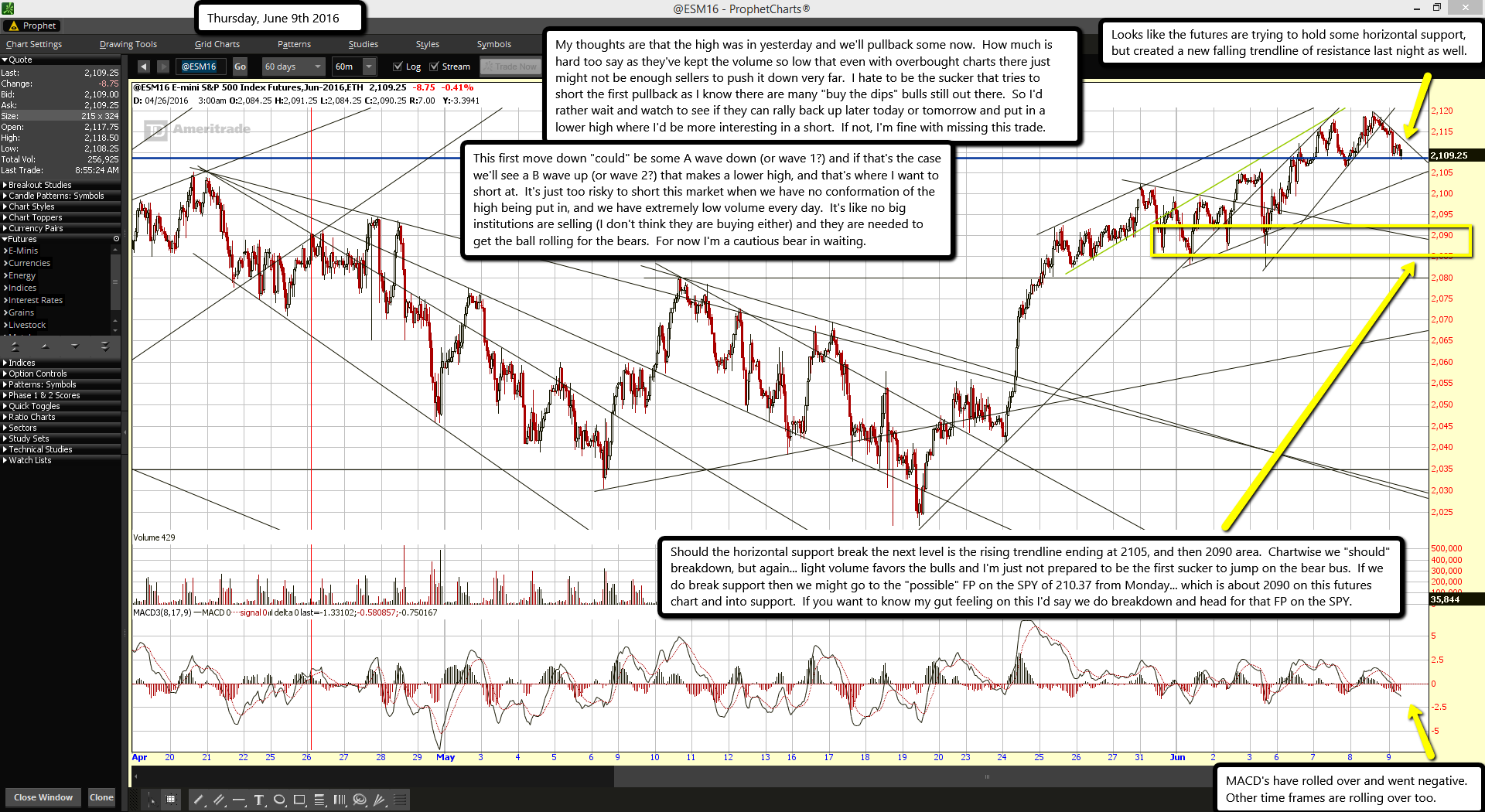 Looks like the futures are trying to hold some horizontal support, but created a new falling trendline of resistance last night as well.

MACD's have rolled over and went negative.  Other time frames are rolling over too.

My thoughts are that the high was in yesterday and we'll pullback some now.  How much is hard too say as they've kept the volume so low that even with overbought charts there just might not be enough sellers to push it down very far.  I hate to be the sucker that tries to short the first pullback as I know there are many "buy the dips" bulls still out there.  So I'd rather wait and watch to see if they can rally back up later today or tomorrow and put in a lower high where I'd be more interesting in a short.  If not, I'm fine with missing this trade.

This first move down "could" be some A wave down (or wave 1?) and if that's the case we'll see a B wave up (or wave 2?) that makes a lower high, and that's where I want to short at.  It's just too risky to short this market when we have no conformation of the high being put in, and we have extremely low volume every day.  It's like no big institutions are selling (I don't think they are buying either) and they are needed to get the ball rolling for the bears.  For now I'm a cautious bear in waiting.

Should the horizontal support break the next level is the rising trendline ending at 2105, and then 2090 area.  Chartwise we "should" breakdown, but again... light volume favors the bulls and I'm just not prepared to be the first sucker to jump on the bear bus.  If we do break support then we might go to the "possible" FP on the SPY of 210.37 from Monday... which is about 2090 on this futures chart and into support.  If you want to know my gut feeling on this I'd say we do breakdown and head for that FP on the SPY.