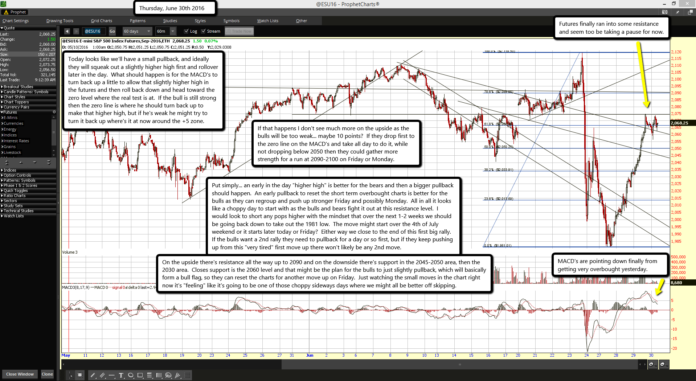 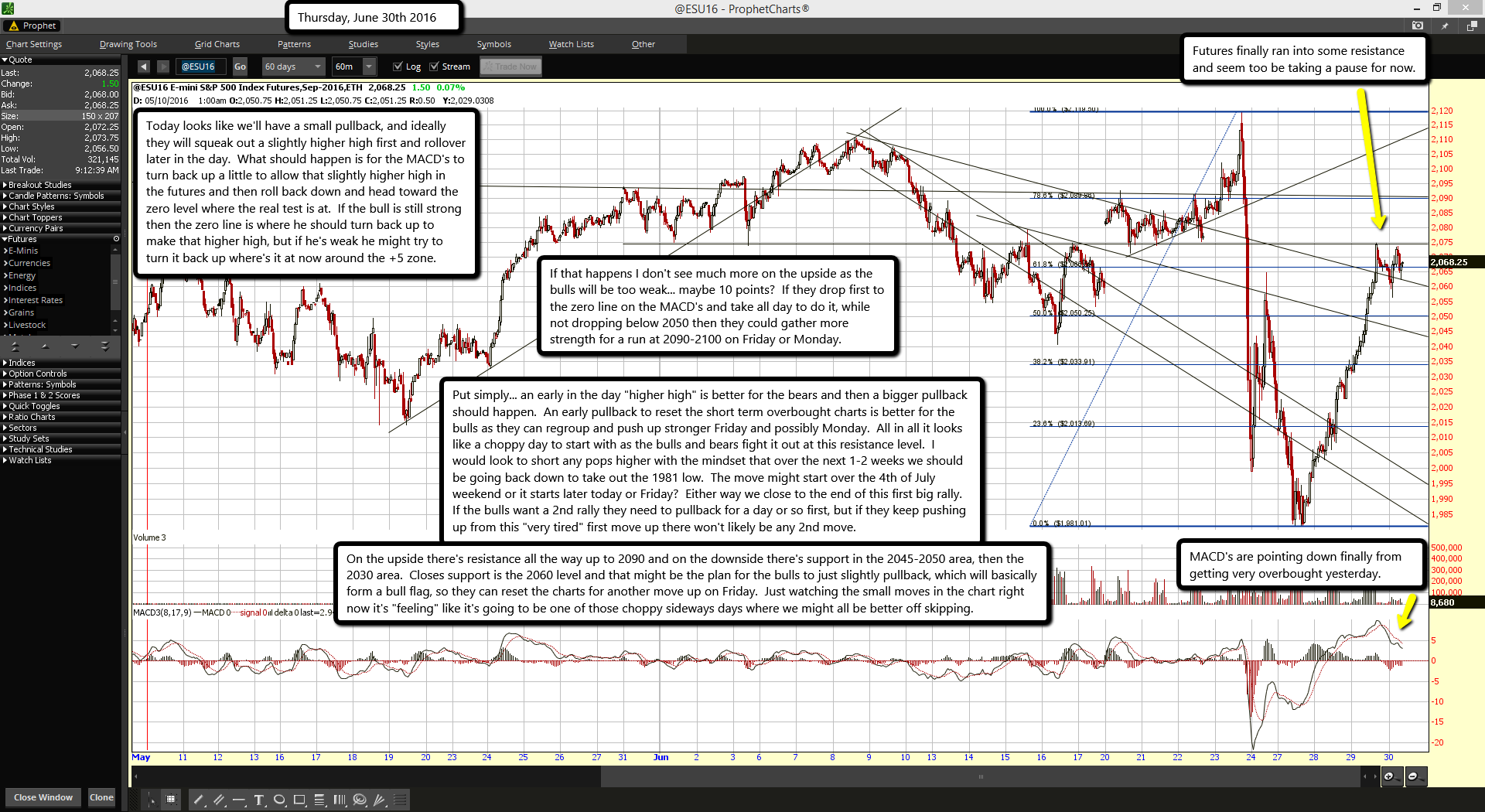 Futures finally ran into some resistance and seem too be taking a pause for now.

MACD's are pointing down finally from getting very overbought yesterday.

Today looks like we'll have a small pullback, and ideally they will squeak out a slightly higher high first and rollover later in the day.  What should happen is for the MACD's to turn back up a little to allow that slightly higher high in the futures and then roll back down and head toward the zero level where the real test is at.  If the bull is still strong then the zero line is where he should turn back up to make that higher high, but if he's weak he might try to turn it back up where's it at now around the +5 zone.

If that happens I don't see much more on the upside as the bulls will be too weak... maybe 10 points?  If they drop first to the zero line on the MACD's and take all day to do it, while not dropping below 2050 then they could gather more strength for a run at 2090-2100 on Friday or Monday.

Put simply... an early in the day "higher high" is better for the bears and then a bigger pullback should happen.  An early pullback to reset the short term overbought charts is better for the bulls as they can regroup and push up stronger Friday and possibly Monday.  All in all it looks like a choppy day to start with as the bulls and bears fight it out at this resistance level.  I would look to short any pops higher with the mindset that over the next 1-2 weeks we should be going back down to take out the 1981 low.  The move might start over the 4th of July weekend or it starts later today or Friday?  Either way we close to the end of this first big rally.  If the bulls want a 2nd rally they need to pullback for a day or so first, but if they keep pushing up from this "very tired" first move up there won't likely be any 2nd move.

On the upside there's resistance all the way up to 2090 and on the downside there's support in the 2045-2050 area, then the 2030 area.  Closes support is the 2060 level and that might be the plan for the bulls to just slightly pullback, which will basically form a bull flag, so they can reset the charts for another move up on Friday.  Just watching the small moves in the chart right now it's "feeling" like it's going to be one of those choppy sideways days where we might all be better off skipping.