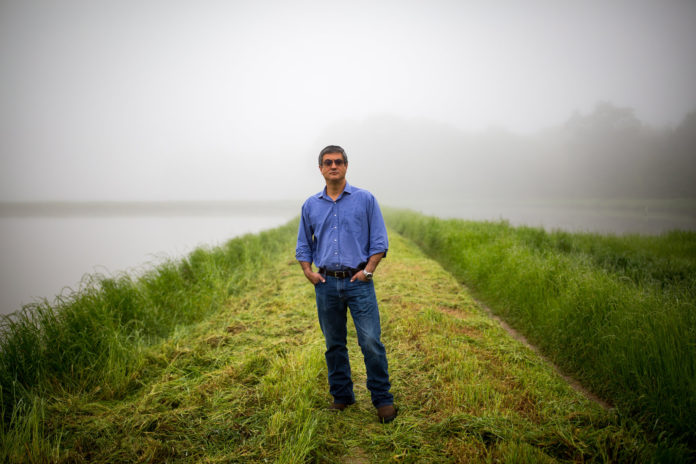 DE KALB, Miss. — The fortress of steel and concrete towering above the pine forest here is a first-of-its-kind power plant that was supposed to prove that “clean coal” was not an oxymoron — that it was possible to produce electricity from coal in a way that emits far less pollution, and to turn a profit while doing so.

The plant was not only a central piece of the Obama administration’s climate plan, it was also supposed to be a model for future power plants to help slow the dangerous effects of global warming. The project was hailed as a way to bring thousands of jobs to Mississippi, the nation’s poorest state, and to extend a lifeline to the dying coal industry.

The sense of hope is fading fast, however. The Kemper coal plant is more than two years behind schedule and more than $4 billion over its initial budget, $2.4 billion, and it is still not operational.

The plant and its owner, Southern Company, are the focus of a Securities and Exchange Commission investigation, and ratepayers, alleging fraud, are suing the company. Members of Congress have described the project as more boondoggle than boon. The mismanagement is particularly egregious, they say, given the urgent need to rein in the largest source of dangerous emissions around the world: coal plants.

The plant’s backers, including federal energy officials, have defended their work in recent years by saying that delays and cost overruns are inevitable with innovative projects of this scale. In this case, they say, the difficulties stem largely from unforeseen factors — or “unknown unknowns,” as Tom Fanning, the chief executive of Southern Company, has often called them — like bad weather, labor shortages and design uncertainties.

Many problems plaguing the project were broadly known and had been occurring for years. But a review by The New York Times of thousands of pages of public records, previously undisclosed internal documents and emails, and 200 hours of secretly though legally recorded conversations among more than a dozen colleagues at the plant offers a detailed look at what went wrong and why.

Those documents and recordings, provided to The Times by a whistle-blower, an engineer named Brett Wingo, and interviews with more than 30 current or former regulators, contractors, consultants or engineers who worked on the project, show that the plant’s owners drastically understated the project’s cost and timetable, and repeatedly tried to conceal problems as they emerged.

The system of checks and balances that are supposed to keep such projects on track was outweighed by a shared and powerful incentive: The company and regulators were eager to qualify for hundreds of millions of dollars in federal subsidies for the plant, which was also aggressively promoted by Haley Barbour, who was Southern’s chief lobbyist before becoming the governor of Mississippi. Once in office, Mr. Barbour signed a law in 2008 that allowed much of the cost of building any new power plants to be passed on to ratepayers before they are built.

Seeing so many of the problems from the inside, at least one employee felt the need to speak up.

“I’ve reached a personal tipping point and feel a duty to act,” Mr. Wingo wrote in a 2014 email, which was among several that he sent to officials of Southern Company and Mississippi Power, the state utility that runs the plant, alleging that the company had broken federal law and engaged in corporate fraud. “Hope is not a strategy,” he added. “This is a high-profile project with many misguided enemies, so why give them free ammo?”

In their recorded conversations with Mr. Wingo, at least six senior engineers from the plant said that they believed that the delays and cost overruns, as well as safety violations and shoddy work, were partly the result of mismanagement or fraud. 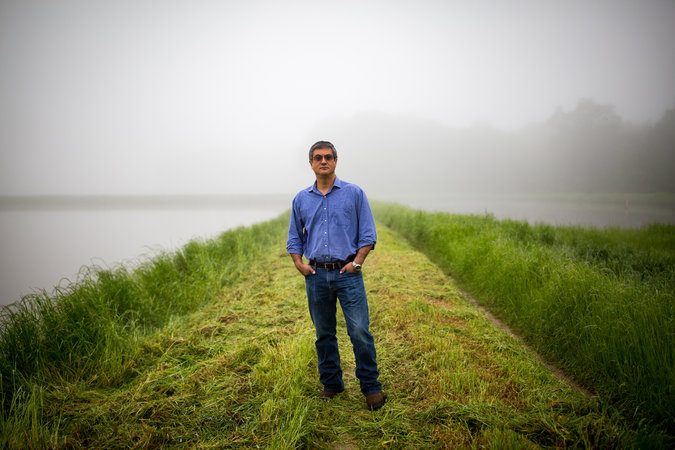 Brett Wingo, an engineer who was once an advocate for the Kemper project, became a whistle-blower who alleged mismanagement and fraud.

The company will never admit the project-management problems because they will attract more scrutiny from regulators, Mr. Lunsford said. “As long as they can talk away the results as attributable to something else other than just poor performance, the other public service commissions can’t hold them over the fire as much,” he added.

Officials from Southern Company and Mississippi Power, which is a Southern subsidiary, said that they could not comment on Mr. Wingo’s allegations but that all decisions about cost and budget projections were made by consensus. They also said that Mr. Wingo’s accusations had previously been investigated by the company and could not be substantiated. Mr. Wingo was fired in February, a move that the Occupational Safety and Health Administration later ruled illegal.

Ed Holland, the former chief executive of Mississippi Power, added that one of the project’s biggest mistakes was to start construction with little of the plant designed. “We still believe that from our investors’ standpoint, this was a wise investment to prove the technology,” he said in an interview.

In the end, the Kemper project is a story of how a monopoly utility, with political help from the Mississippi governor and from federal energy officials who pressured state regulators in letters to support the project, shifted the burden of one of the most expensive power plants ever built onto the shoulders of unwitting investors and some of the lowest-income ratepayers in the country.

Kemper’s rising price tag and other problems will probably affect the Environmental Protection Agency’s proposed rules on new power plants, and also play into broader discussions about the best way to counter climate change. E.P.A. regulations in effect require new coal plants to have carbon capture technology but are being held up in federal court partly by arguments that the technology is not cost-effective.

The importance of this technology grows, as well, after President Obama said last week that the United States would join Canada and Mexico in pledging to reach a shared goal of generating 50 percent of North America’s electricity from zero-carbon sources by 2025, up from 37 percent today, with a power mix that includes wind, solar, hydropower, nuclear energy and coal or gas power paired with carbon capture technology.

“The big question with clean coal has always been whether it’s a moonshot or a money pit,” said Charles Grayson, the director of the Bigger Pie Forum, which advocates fiscal conservatism in Mississippi and has been critical of the Kemper project for years. “The Obama administration and my state made a really bad wager in trying to use Kemper to make the economic argument for this technology.”

Coal represents a conundrum: It is among the dirtiest sources of fuel, producing roughly 45 percent of the emissions that contribute to climate change. And yet the world still relies on it for power, with more than a quarter of the electricity used globally coming from coal plants.