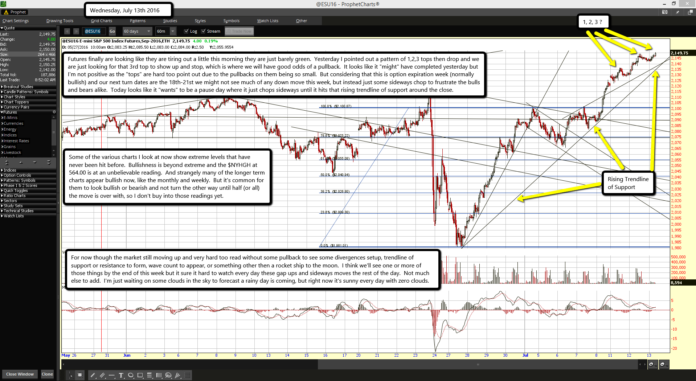 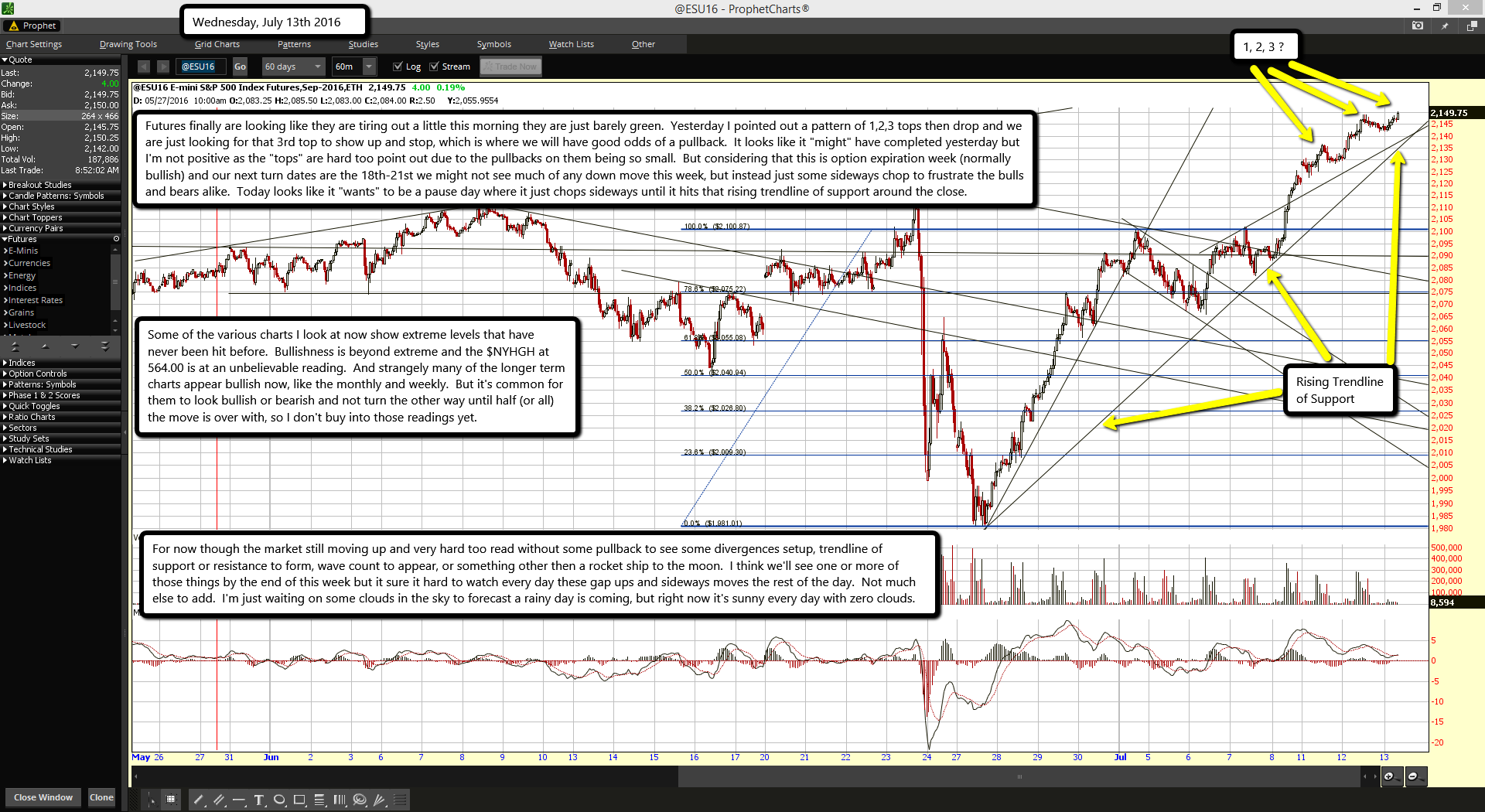 Futures finally are looking like they are tiring out a little this morning they are just barely green.  Yesterday I pointed out a pattern of 1,2,3 tops then drop and we are just looking for that 3rd top to show up and stop, which is where we will have good odds of a pullback.  It looks like it "might" have completed yesterday but I'm not positive as the "tops" are hard too point out due to the pullbacks on them being so small.  But considering that this is option expiration week (normally bullish) and our next turn dates are the 18th-21st we might not see much of any down move this week, but instead just some sideways chop to frustrate the bulls and bears alike.  Today looks like it "wants" to be a pause day where it just chops sideways until it hits that rising trendline of support around the close.

Some of the various charts I look at now show extreme levels that have never been hit before.  Bullishness is beyond extreme and the $NYHGH at 564.00 is at an unbelievable reading.  And strangely many of the longer term charts appear bullish now, like the monthly and weekly.  But it's common for them to look bullish or bearish and not turn the other way until half (or all) the move is over with, so I don't buy into those readings yet.

For now though the market still moving up and very hard too read without some pullback to see some divergences setup, trendline of support or resistance to form, wave count to appear, or something other then a rocket ship to the moon.  I think we'll see one or more of those things by the end of this week but it sure it hard to watch every day these gap ups and sideways moves the rest of the day.  Not much else to add.  I'm just waiting on some clouds in the sky to forecast a rainy day is coming, but right now it's sunny every day with zero clouds.