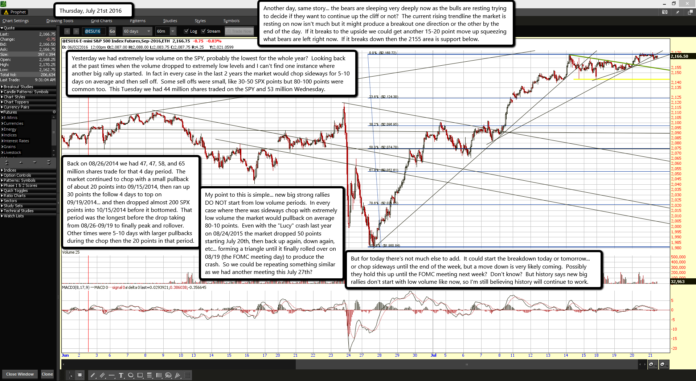 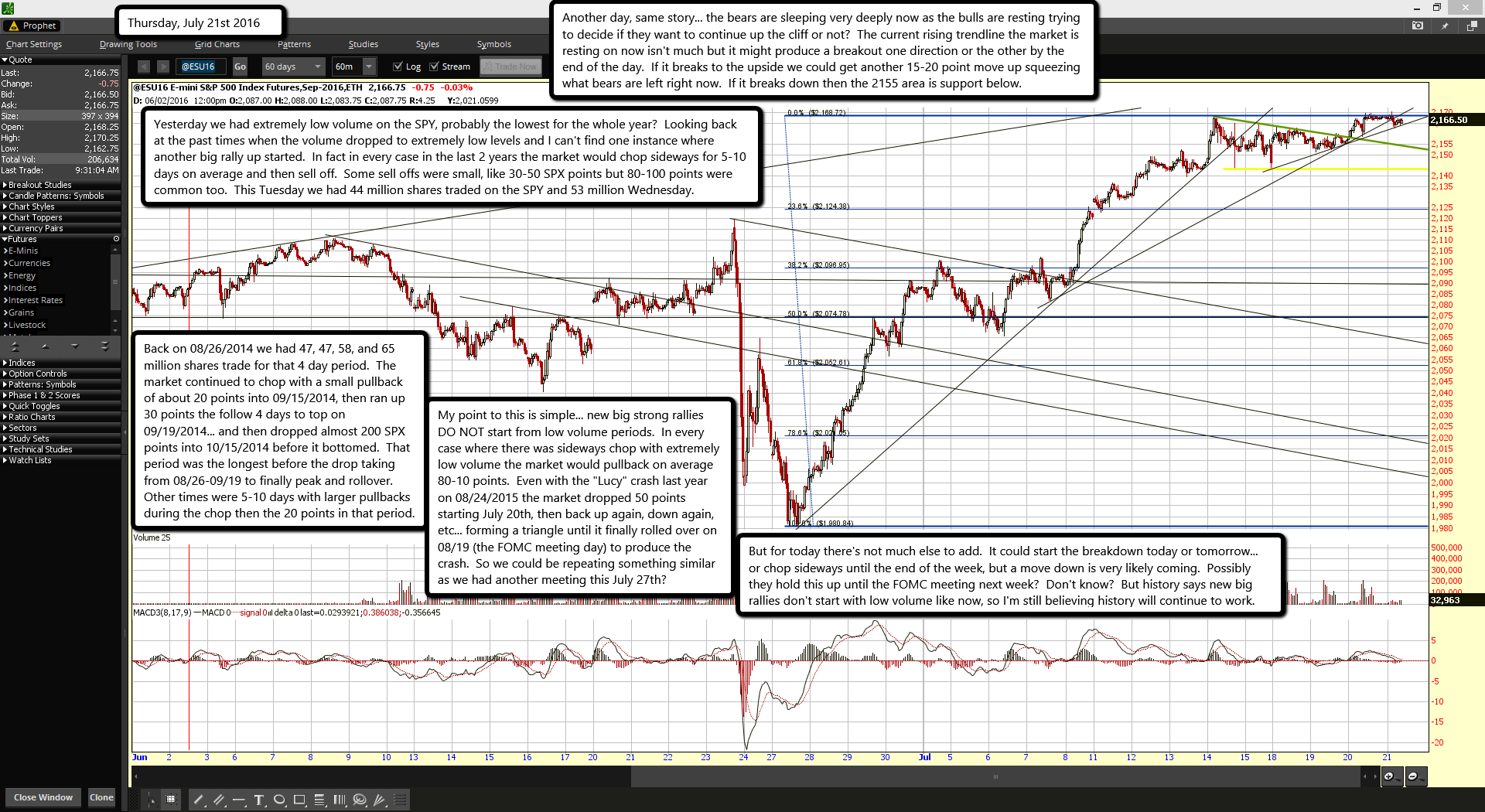 Another day, same story... the bears are sleeping very deeply now as the bulls are resting trying to decide if they want to continue up the cliff or not?  The current rising trendline the market is resting on now isn't much but it might produce a breakout one direction or the other by the end of the day.  If it breaks to the upside we could get another 15-20 point move up squeezing what bears are left right now.  If it breaks down then the 2155 area is support below.

Yesterday we had extremely low volume on the SPY, probably the lowest for the whole year?  Looking back at the past times when the volume dropped to extremely low levels and I can't find one instance where another big rally up started.  In fact in every case in the last 2 years the market would chop sideways for 5-10 days on average and then sell off.  Some sell offs were small, like 30-50 SPX points but 80-100 points were common too.  This Tuesday we had 44 million shares traded on the SPY and 53 million Wednesday.

My point to this is simple... new big strong rallies DO NOT start from low volume periods.  In every case where there was sideways chop with extremely low volume the market would pullback on average 80-10 points.  Even with the "Lucy" crash last year on 08/24/2015 the market dropped 50 points starting July 20th, then back up again, down again, etc... forming a triangle until it finally rolled over on 08/19 (the FOMC meeting day) to produce the crash.  So we could be repeating something similar as we had another meeting this July 27th?

But for today there's not much else to add.  It could start the breakdown today or tomorrow... or chop sideways until the end of the week, but a move down is very likely coming.  Possibly they hold this up until the FOMC meeting next week?  Don't know?  But history says new big rallies don't start with low volume like now, so I'm still believing history will continue to work.