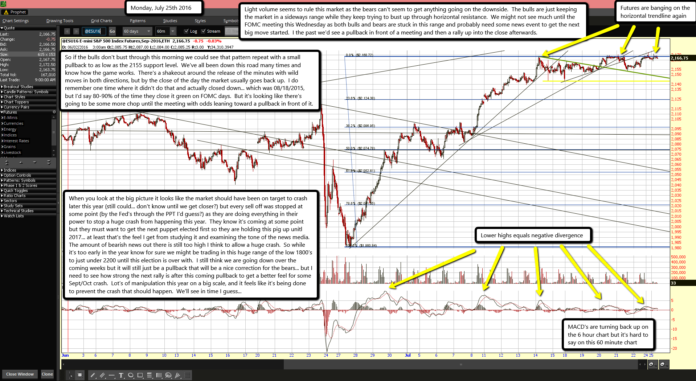 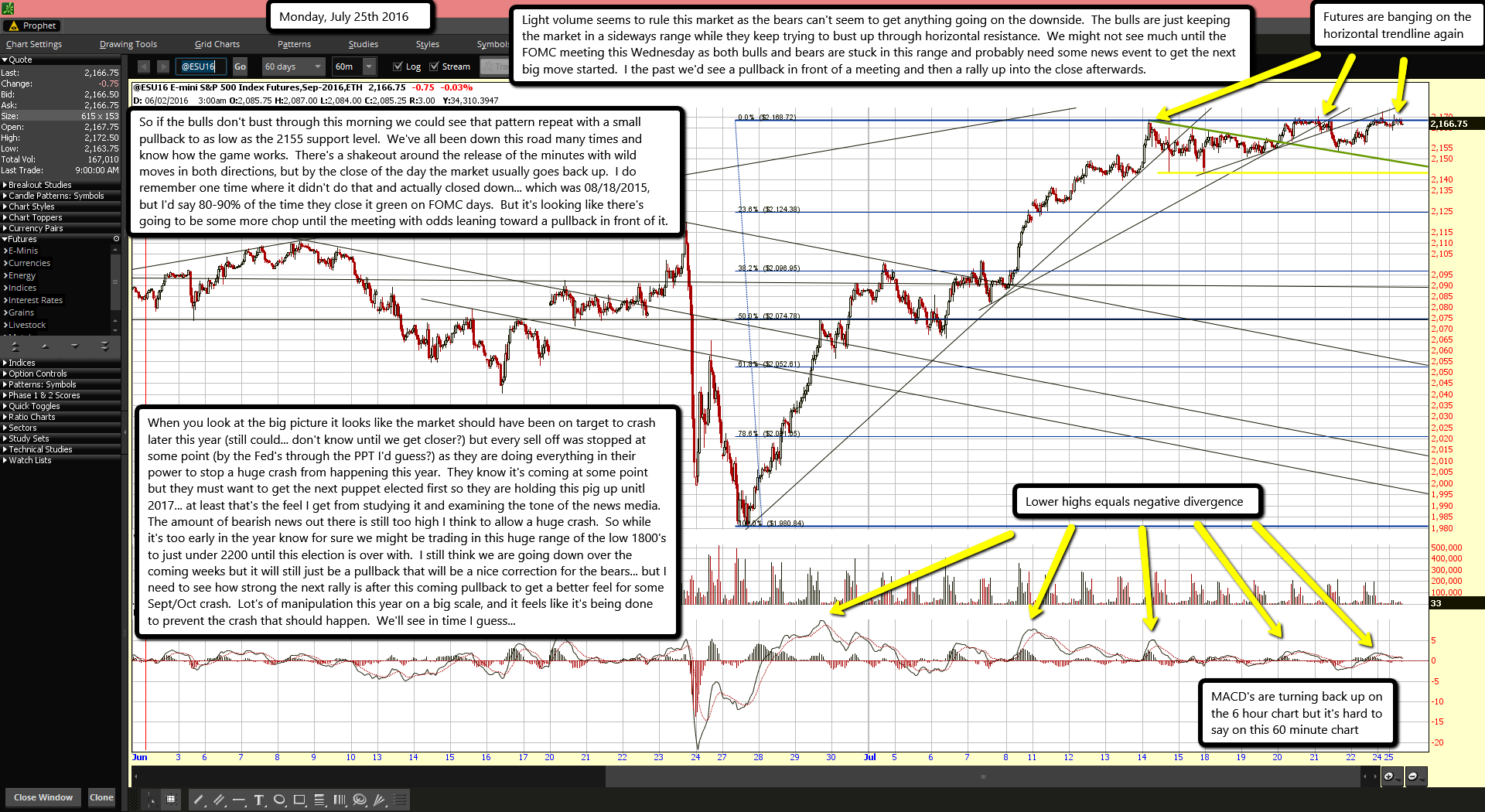 Futures are banging on the horizontal trendline again

Light volume seems to rule this market as the bears can't seem to get anything going on the downside.  The bulls are just keeping the market in a sideways range while they keep trying to bust up through horizontal resistance.  We might not see much until the FOMC meeting this Wednesday as both bulls and bears are stuck in this range and probably need some news event to get the next big move started.  I the past we'd see a pullback in front of a meeting and then a rally up into the close afterwards.

So if the bulls don't bust through this morning we could see that pattern repeat with a small pullback to as low as the 2155 support level.  We've all been down this road many times and know how the game works.  There's a shakeout around the release of the minutes with wild moves in both directions, but by the close of the day the market usually goes back up.  I do remember one time where it didn't do that and actually closed down... which was 08/18/2015, but I'd say 80-90% of the time they close it green on FOMC days.  But it's looking like there's going to be some more chop until the meeting with odds leaning toward a pullback in front of it.

When you look at the big picture it looks like the market should have been on target to crash later this year (still could... don't know until we get closer?) but every sell off was stopped at some point (by the Fed's through the PPT I'd guess?) as they are doing everything in their power to stop a huge crash from happening this year.  They know it's coming at some point but they must want to get the next puppet elected first so they are holding this pig up unitl 2017... at least that's the feel I get from studying it and examining the tone of the news media.  The amount of bearish news out there is still too high I think to allow a huge crash.  So while it's too early in the year know for sure we might be trading in this huge range of the low 1800's to just under 2200 until this election is over with.  I still think we are going down over the coming weeks but it will still just be a pullback that will be a nice correction for the bears... but I need to see how strong the next rally is after this coming pullback to get a better feel for some Sept/Oct crash.  Lot's of manipulation this year on a big scale, and it feels like it's being done to prevent the crash that should happen.  We'll see in time I guess...