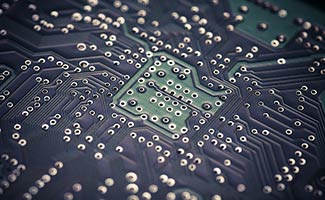 Meanwhile, losses for crude snowballed, with the U.S. oil benchmark dropping almost 4% and at one point trading below the key $40 level amid worries about a supply glut and subdued demand. Crude oil is now off 21.8% from its peak of $51.23 a barrel hit in early June, signifying a bear market, or drop of at least 20% from a recent peak.

On the economic front, the Institute for Supply Management's closely watched manufacturing index for July fell to 52.6 from 53.2, while construction spending fell 0.6% in June. The Markit manufacturing purchasing managers index for July rose to 52.9 compared with June's 51.3.

"People are nervous as oil crashes below $40, given the context of the weak GDP report and somewhat weak ISM data.  They are back to doubting whether the market's rally is as strong as it could be," said Bruce McCain, chief investment strategist at Key Private Bank.

Prospects for a near-term interest-rate increase by the Federal Reserve have faded since the weak GDP reading on Friday.

Corporate quarterly results will continue to feature prominently this week even as the season winds down, though no major companies reported Monday. So far, about two-thirds of S&P 500 companies have announced quarterly results thus far, with 71% beating on earnings and 57% reporting revenue above estimates.

Fed speakers: The market appeared to brush aside comments from New York Federal Reserve Bank President William Dudley and Dallas Fed President Rob Kaplan, who both argued at separate events Sunday and Monday that an interest-rate hike this year shouldn't be ruled out .

Uber and investors in its UberChina unit will take a 20% stake in Didi. UberChina is backed by China's search giant

Shares of Fleetmatics Group PLC. (FLTX) soared 39% on news of a pending acquisition by Verizon.

Energy stocks were the biggest losers in the S&P 500, with all shares in the sector finishing in the red. Murphy Oil Corp.(MUR), Williams Cos.(WMB), Diamond Offshore Drilling Inc.(DO), and Transocean Ltd.(RIG) all fell sharply.

The Shanghai Composite Index closing off 0.9% after China's manufacturing Purchasing managers index for July indicated contraction for the first time in five months. Elsewhere, the Nikkei 225 index and other Asian markets rose, benefiting from diminished chances for a U.S. rate increase.

The yen, meanwhile, weakened against the U.S. dollar after disappointing stimulus action from the Bank of Japan last week.