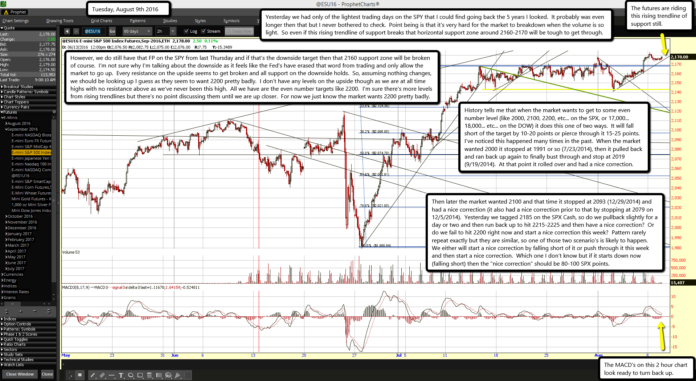 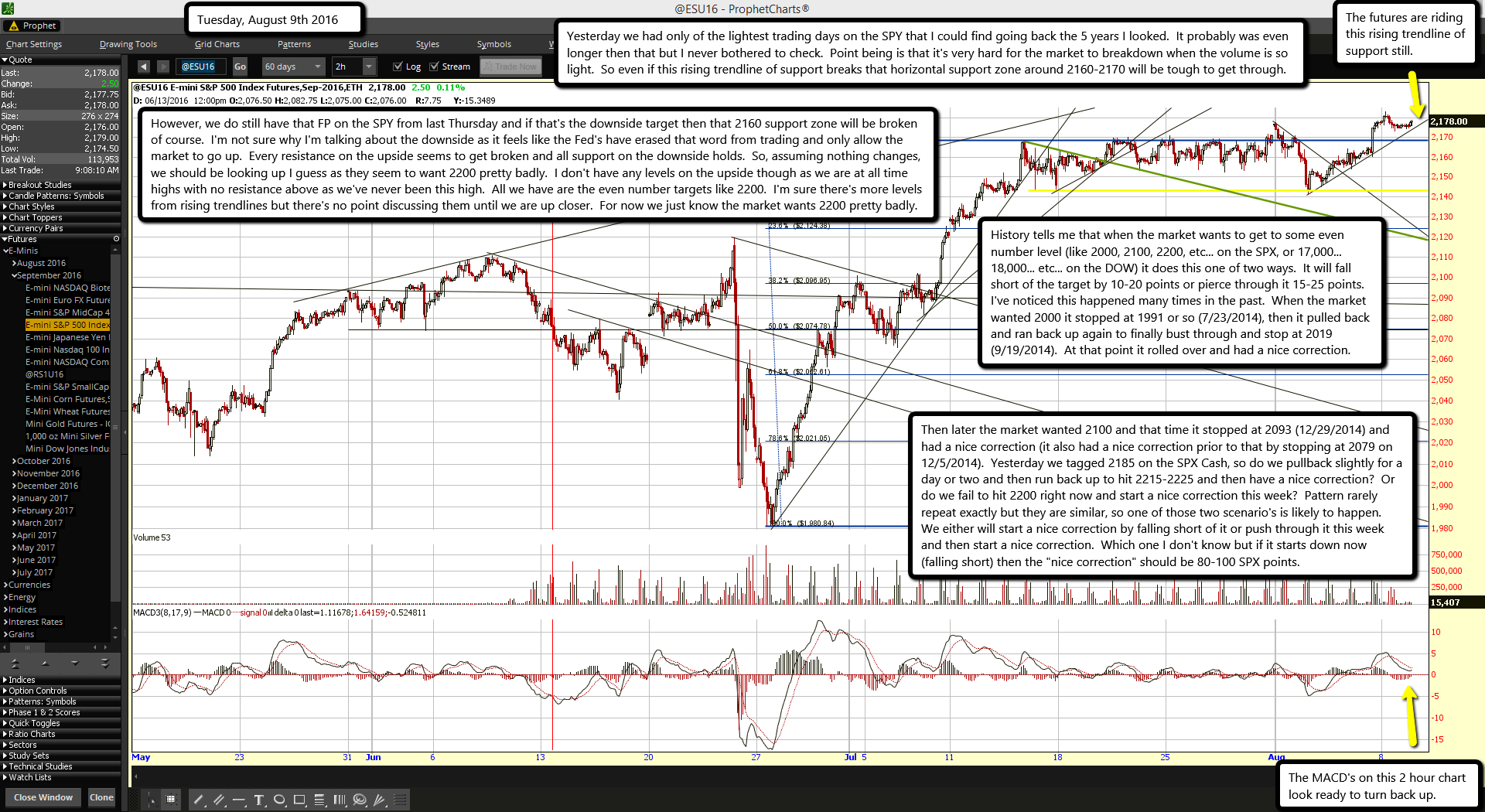 The futures are riding this rising trendline of support still.

The MACD's on this 2 hour chart look ready to turn back up.

Yesterday we had only of the lightest trading days on the SPY that I could find going back the 5 years I looked.  It probably was even longer then that but I never bothered to check.  Point being is that it's very hard for the market to breakdown when the volume is so light.  So even if this rising trendline of support breaks that horizontal support zone around 2160-2170 will be tough to get through.

However, we do still have that FP on the SPY from last Thursday and if that's the downside target then that 2160 support zone will be broken of course.  I'm not sure why I'm talking about the downside as it feels like the Fed's have erased that word from trading and only allow the market to go up.  Every resistance on the upside seems to get broken and all support on the downside holds.  So, assuming nothing changes, we should be looking up I guess as they seem to want 2200 pretty badly.  I don't have any levels on the upside though as we are at all time highs with no resistance above as we've never been this high.  All we have are the even number targets like 2200.  I'm sure there's more levels from rising trendlines but there's no point discussing them until we are up closer.  For now we just know the market wants 2200 pretty badly.