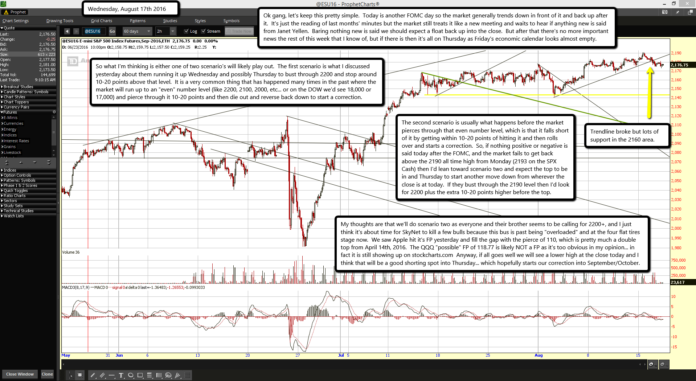 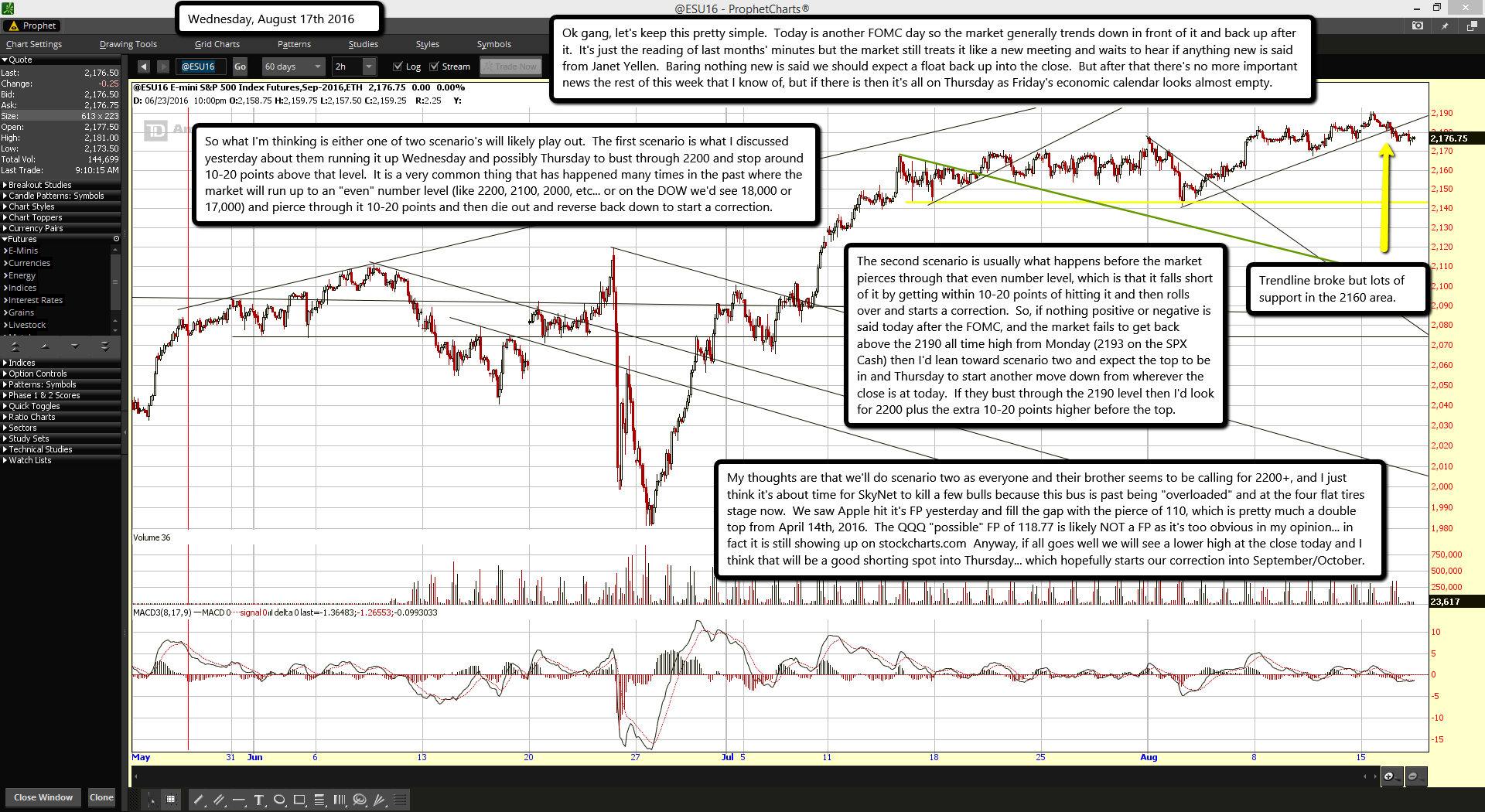 Trendline broke but lots of support in the 2160 area.

Ok gang, let's keep this pretty simple.  Today is another FOMC day so the market generally trends down in front of it and back up after it.  It's just the reading of last months' minutes but the market still treats it like a new meeting and waits to hear if anything new is said from Janet Yellen.  Baring nothing new is said we should expect a float back up into the close.  But after that there's no more important news the rest of this week that I know of, but if there is then it's all on Thursday as Friday's economic calendar looks almost empty.

So what I'm thinking is either one of two scenario's will likely play out.  The first scenario is what I discussed yesterday about them running it up Wednesday and possibly Thursday to bust through 2200 and stop around 10-20 points above that level.  It is a very common thing that has happened many times in the past where the market will run up to an "even" number level (like 2200, 2100, 2000, etc... or on the DOW we'd see 18,000 or 17,000) and pierce through it 10-20 points and then die out and reverse back down to start a correction.

The second scenario is usually what happens before the market pierces through that even number level, which is that it falls short of it by getting within 10-20 points of hitting it and then rolls over and starts a correction.  So, if nothing positive or negative is said today after the FOMC, and the market fails to get back above the 2190 all time high from Monday (2193 on the SPX Cash) then I'd lean toward scenario two and expect the top to be in and Thursday to start another move down from wherever the close is at today.  If they bust through the 2190 level then I'd look for 2200 plus the extra 10-20 points higher before the top.

My thoughts are that we'll do scenario two as everyone and their brother seems to be calling for 2200+, and I just think it's about time for SkyNet to kill a few bulls because this bus is past being "overloaded" and at the four flat tires stage now.  We saw Apple hit it's FP yesterday and fill the gap with the pierce of 110, which is pretty much a double top from April 14th, 2016.  The QQQ "possible" FP of 118.77 is likely NOT a FP as it's too obvious in my opinion... in fact it is still showing up on stockcharts.com  Anyway, if all goes well we will see a lower high at the close today and I think that will be a good shorting spot into Thursday... which hopefully starts our correction into September/October.