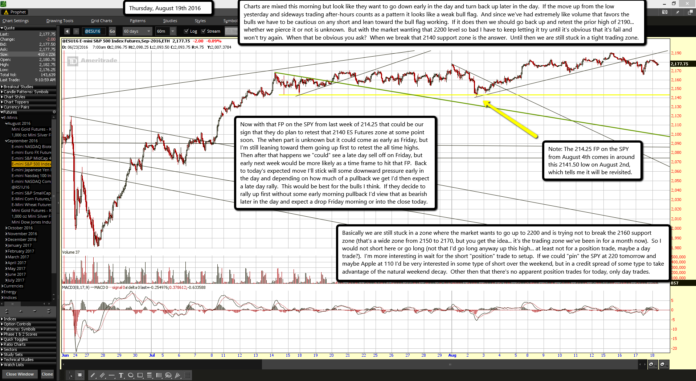 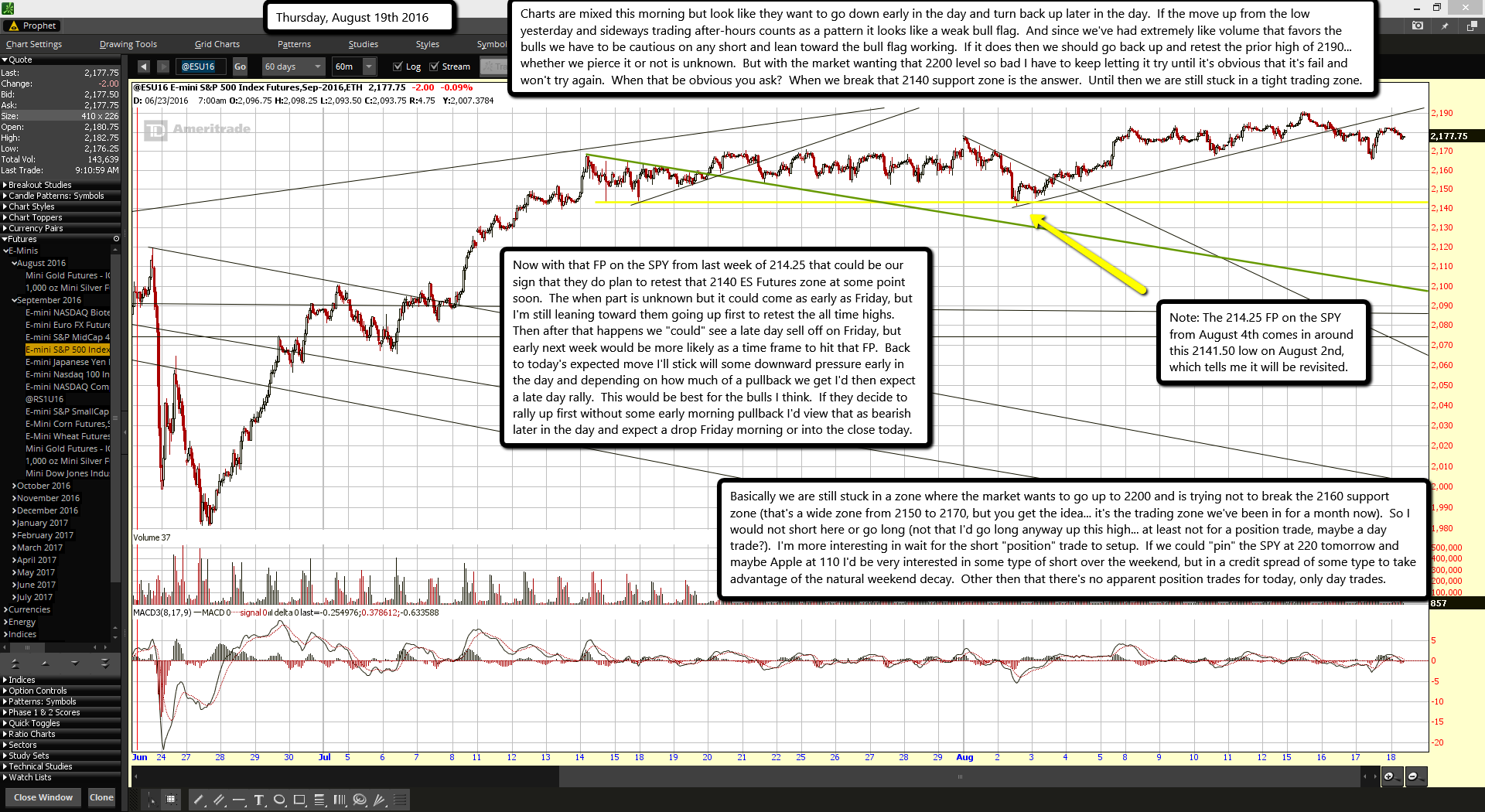 Charts are mixed this morning but look like they want to go down early in the day and turn back up later in the day.  If the move up from the low yesterday and sideways trading after-hours counts as a pattern it looks like a weak bull flag.  And since we've had extremely like volume that favors the bulls we have to be cautious on any short and lean toward the bull flag working.  If it does then we should go back up and retest the prior high of 2190... whether we pierce it or not is unknown.  But with the market wanting that 2200 level so bad I have to keep letting it try until it's obvious that it's fail and won't try again.  When that be obvious you ask?  When we break that 2140 support zone is the answer.  Until then we are still stuck in a tight trading zone.

Now with that FP on the SPY from last week of 214.25 that could be our sign that they do plan to retest that 2140 ES Futures zone at some point soon.  The when part is unknown but it could come as early as Friday, but I'm still leaning toward them going up first to retest the all time highs.  Then after that happens we "could" see a late day sell off on Friday, but early next week would be more likely as a time frame to hit that FP.  Back to today's expected move I'll stick will some downward pressure early in the day and depending on how much of a pullback we get I'd then expect a late day rally.  This would be best for the bulls I think.  If they decide to rally up first without some early morning pullback I'd view that as bearish later in the day and expect a drop Friday morning or into the close today.

Basically we are still stuck in a zone where the market wants to go up to 2200 and is trying not to break the 2160 support zone (that's a wide zone from 2150 to 2170, but you get the idea... it's the trading zone we've been in for a month now).  So I would not short here or go long (not that I'd go long anyway up this high... at least not for a position trade, maybe a day trade?).  I'm more interesting in wait for the short "position" trade to setup.  If we could "pin" the SPY at 220 tomorrow and maybe Apple at 110 I'd be very interested in some type of short over the weekend, but in a credit spread of some type to take advantage of the natural weekend decay.  Other then that there's no apparent position trades for today, only day trades.