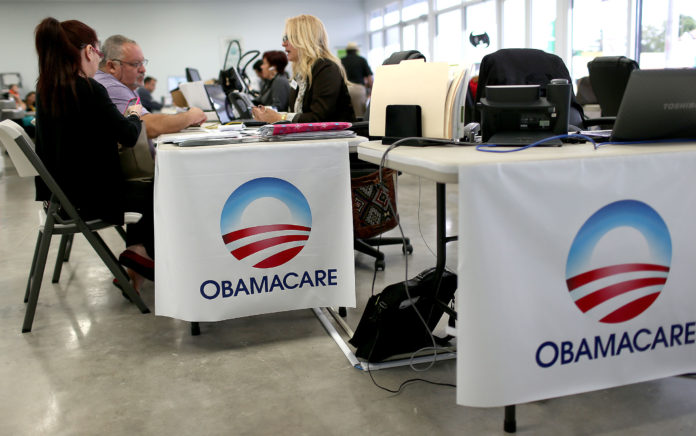 With almost $2 billion in losses this year, big insurance companies are pulling out of the health-care program.

Last November, when UnitedHealth Group said it expected to post big losses on its Obamacare policies in 2016, rivals such as Anthem and Aetna signaled their Affordable Care Act businesses were doing fine. The Obama administration used that as evidence to refute claims that systemic problems were brewing in its landmark insurance program.

Now, there’s no denying it. The four biggest U.S. health insurers admit they’re each losing hundreds of millions of dollars on their Obamacare plans. Rather than expand coverage, many are pulling out of the exchanges that were set up by the ACA so people can shop for insurance plans, often with the help of government subsidies.

UnitedHealth expects to lose $850 million on Obamacare in 2016, while Aetna, Anthem, and Humana are all on track to lose at least $300 million each on their ACA plans this year, according to company reports and estimates from Bloomberg Intelligence. UnitedHealth says it’s quitting 31 of the 34 states where it sells ACA policies. Humana is exiting 8 of 19 states and reducing its presence to just 156 counties, from 1,351 a year ago. Anthem hasn’t announced plans to change its participation in the program.

On Aug. 15, Aetna said it will stop selling Obamacare plans in 11 of the 15 states where it had participated in the program, reversing its plan to expand into five new state exchanges in 2017. “The exchanges are a mess as they exist today,” says Aetna Chief Executive Officer Mark Bertolini. “They’re losing a lot of money for a lot of people.”

Since its passage in 2010, Obamacare has brought insurance to some 20 million people who previously lacked it, pushing the uninsured rate in the U.S. to a record low. Yet as the law approaches its fourth full year of providing coverage, it’s beginning to show its limitations, particularly when it comes to fostering competition and lowering prices.

When the exchanges open for business on Nov. 1, many consumers will face fewer options and higher prices. On average, insurers are looking to raise premiums by about 24 percent in 2017, estimates Charles Gaba of ACASignups.net, a website that tracks the health-care law. As many as a quarter of all U.S. counties, mainly in rural areas, are at risk of having just a single insurer for next year, according to Cynthia Cox, who tracks the markets for the Kaiser Family Foundation. With Aetna’s exit, one county in Arizona currently has no insurer offering coverage through the ACA for next year.

After surviving numerous legal challenges and attacks by Republicans in Congress, plus a botched rollout in 2013, Obamacare now faces what is perhaps its most serious threat: The program is a clear money loser for the nation’s biggest insurance companies. While Obamacare can compel individuals to buy insurance—a mandate upheld by the U.S. Supreme Court in 2012—the law has no authority to force insurance companies to offer plans through its exchanges.

Obamacare advocates had hoped that big government subsidies to consumers would persuade healthy people to sign up for the ACA plans. But the policies have largely been taken out by older, less healthy people who are more expensive to insure. “What we are left with … is a highly subsidized program for relatively low-income people,” says Dan Mendelson, the CEO of consulting firm Avalere Health. “We’re not getting to the broader vision of a robust private market structure that enables a broad swath of Americans to purchase their insurance.”

President Obama recently revived the idea of introducing a public plan to compete with private insurers, something that was debated and ultimately left out of the final version of the law. He’s also said increased government subsidies could help draw more people into the ACA’s markets. Another option is to simply give insurance companies more government money, but that would require action from a Republican Congress that would rather repeal Obamacare than fix it. “There’s going to be absolutely zero interest among Republicans in bailing out Obamacare by giving it more money,” says Avik Roy, a health-care expert who’s advised Republican presidential candidates Mitt Romney, Rick Perry, and Marco Rubio on health policy.

Insurance companies were hoping that a wave of mergers would help them cope with ACA-related red ink. In July 2015, Aetna struck a deal to buy Humana and Anthem agreed to buy Cigna. But the U.S. Department of Justice sued to block both transactions, saying they’d harm competition. “The synergies from the two mergers would have subsidized a lot of losses,” says Ana Gupte, an analyst at Leerink Partners. “That could have helped them manage some of the pressure they’re seeing on the exchanges.” The big insurance companies are still poised to reap fat profits this year. Analysts estimate that Aetna is on pace to make $2.5 billion in 2016 and UnitedHealth will earn some $7 billion.

Not everyone’s losing money on Obamacare. Centene and Molina Healthcare have been able to turn a profit on the exchanges by offering Medicaid-like health plans. These plans tend to have narrower networks, at lower premiums, than those available from employers.
There are lots of ways to make the ACA’s individual market work better for more insurers. The tough part is figuring out which could surmount political hurdles. Kevin Counihan, who oversees the health insurance markets for the federal government, has raised the idea of creating a special fund to help insurers cover particularly costly patients, perhaps ones who rack up more than $2 million in medical bills in a year. In a blog post, he suggested states could take steps to help insurers by shouldering some of the costs of particularly sick people.

Some insurers want to widen the difference between what they charge their oldest and youngest customers. Under the ACA, premiums for the oldest are typically limited to three times those for the youngest. Widening that ratio would theoretically help draw in more young, healthy people by lowering their premiums, but it would also raise costs for older people. Regulators are also working to improve a program known as risk adjustment, which is supposed to transfer funds from insurers with healthier customers to those with sick ones.
The fate of the exchanges rides, in part, on the November election. While Donald Trump has said he’ll repeal Obamacare, he hasn’t said exactly what would replace it. Hillary Clinton has backed the creation of a public insurance plan, as well as offering people 55 and older the option of buying Medicare coverage.

Joel Ario, a managing director at Manatt Health who worked on the exchanges at the U.S. Department of Health & Human Services, says enrollment is probably high enough to prevent a failure. Still, he says, more can be done. “I think you will see corrective action taken, assuming a Clinton administration,” he says. “We need to do some regulatory tweaking here, maybe more than tweaking.”

The bottom line: Obamacare has no authority to force insurance companies to offer plans; faced with mounting losses, they’re pulling out.