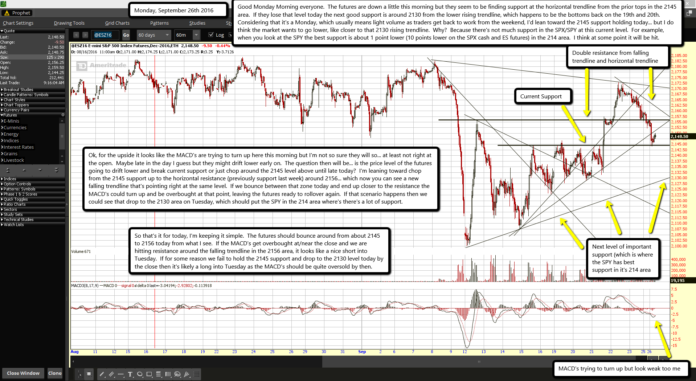 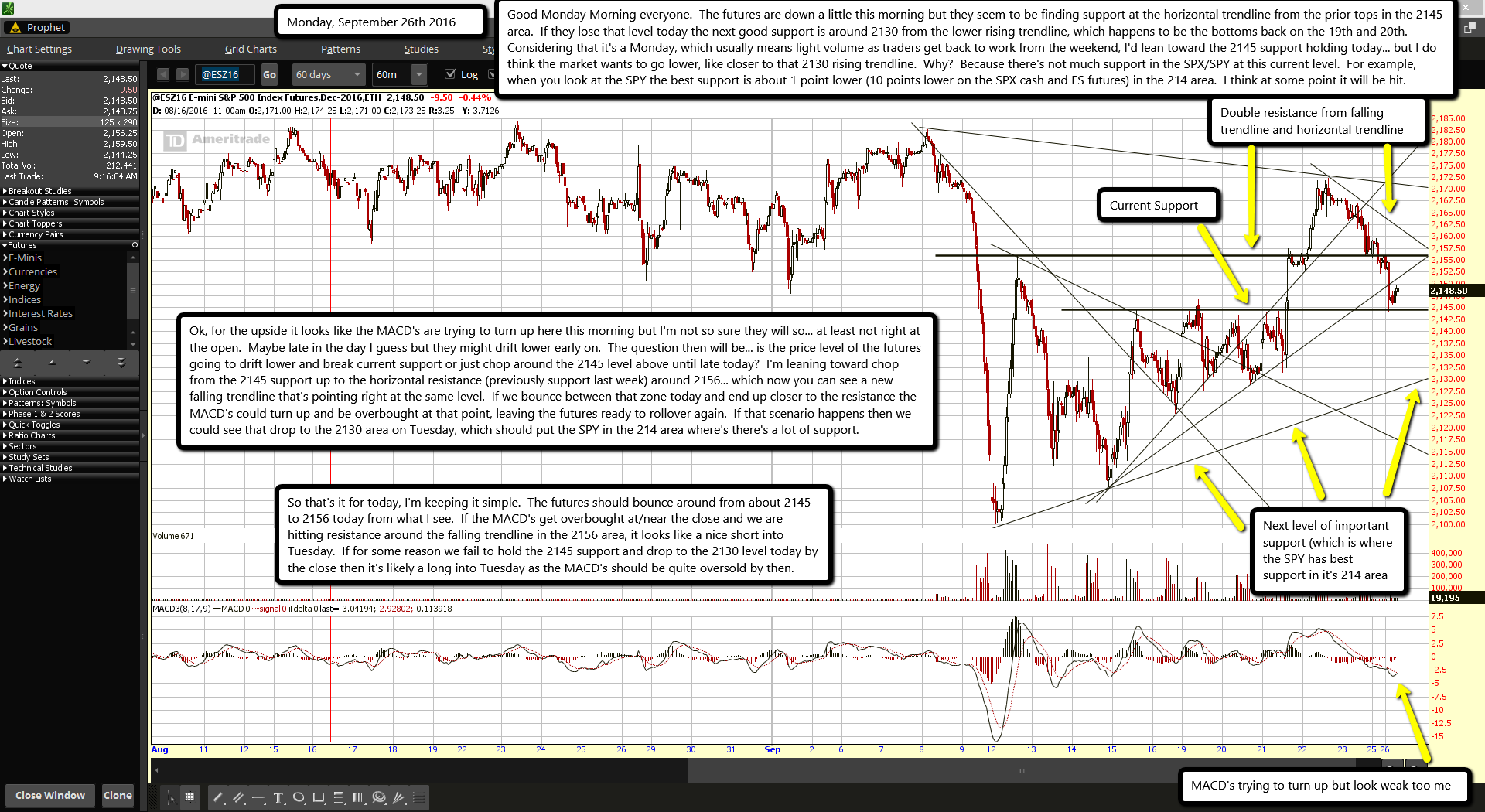 Good Monday Morning everyone.  The futures are down a little this morning but they seem to be finding support at the horizontal trendline from the prior tops in the 2145 area.  If they lose that level today the next good support is around 2130 from the lower rising trendline, which happens to be the bottoms back on the 19th and 20th.  Considering that it's a Monday, which usually means light volume as traders get back to work from the weekend, I'd lean toward the 2145 support holding today... but I do think the market wants to go lower, like closer to that 2130 rising trendline.  Why?  Because there's not much support in the SPX/SPY at this current level.  For example, when you look at the SPY the best support is about 1 point lower (10 points lower on the SPX cash and ES futures) in the 214 area.  I think at some point it will be hit.

Ok, for the upside it looks like the MACD's are trying to turn up here this morning but I'm not so sure they will so... at least not right at the open.  Maybe late in the day I guess but they might drift lower early on.  The question then will be... is the price level of the futures going to drift lower and break current support or just chop around the 2145 level above until late today?  I'm leaning toward chop from the 2145 support up to the horizontal resistance (previously support last week) around 2156... which now you can see a new falling trendline that's pointing right at the same level.  If we bounce between that zone today and end up closer to the resistance the MACD's could turn up and be overbought at that point, leaving the futures ready to rollover again.  If that scenario happens then we could see that drop to the 2130 area on Tuesday, which should put the SPY in the 214 area where's there's a lot of support.

So that's it for today, I'm keeping it simple.  The futures should bounce around from about 2145 to 2156 today from what I see.  If the MACD's get overbought at/near the close and we are hitting resistance around the falling trendline in the 2156 area, it looks like a nice short into Tuesday.  If for some reason we fail to hold the 2145 support and drop to the 2130 level today by the close then it's likely a long into Tuesday as the MACD's should be quite oversold by then.