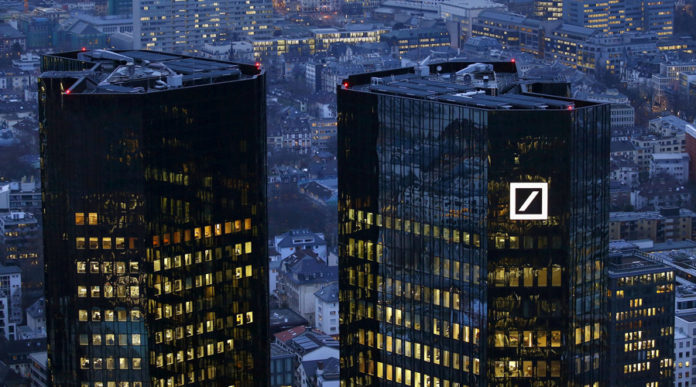 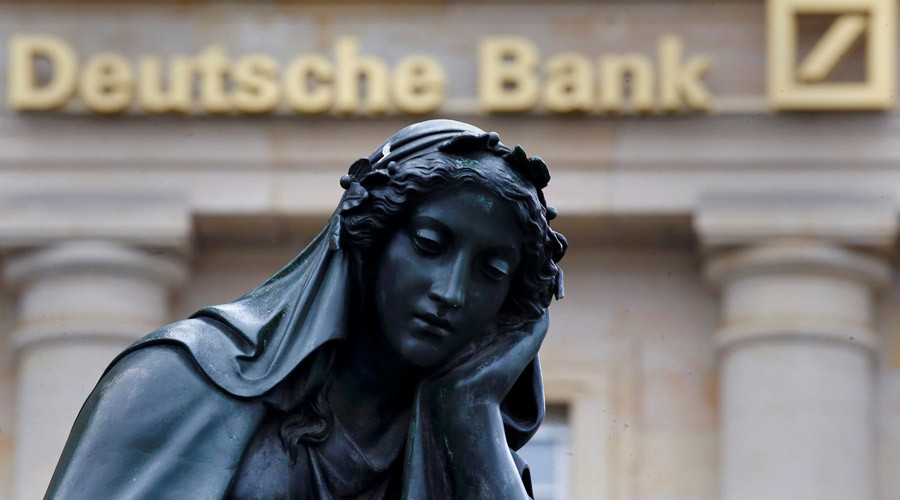 Deutsche shares fell as much as six percent to €10.67 in early Monday trading, the worst performance since 1992.
The bank has lost over 52 percent of its value since January and over 56 percent in the last twelve months. Earnings per share fell as much as €6.

The collapse has been prompted by a report in the German magazine Focus that said Chancellor Angela Merkel has ruled out any state assistance for the bank next year.

Merkel also declined to provide help to Deutsche Bank in its legal battle with the DoJ. The Frankfurt-based lender may be fined up to $14 billion over its mortgage-backed securities business before the 2008 global crisis, the magazine reported. The article said Merkel made her views clear in talks with Deutsche CEO John Cryan.

Deutsche Bank has denied that Cryan asked for state support from Berlin, CNBC reported on Monday.

The Bundestag expects a “fair outcome” to the US probe, the Finance Ministry said on September 16. The bank has refused to pay the US government and is seeking a reduced penalty. Deutsche has said a settlement between $2 billion and $3 billion would be more reasonable, as it had already paid $1.9 billion in 2013 to settle similar accusations, the Wall Street Journal reported in September.

If the settlement ranges from $3 billion to $3.5 billion, it would leave room to settle other legal issues, while any additional $1 billion fine would erode 24 basis points in the bank’s capital, JPMorgan Chase said.“Clearly headlines around the DoJ settlement and those $14 billion continue to weigh on the stock,” Daniel Regli, an analyst at Main First, said in an interview with Bloomberg.

“Nobody believes that they will end up paying that amount, but for some investors it might be a concern that even the German government is discussing Deutsche Bank’s situation," the analyst added.

The Deutsche Bank stock sell-off has affected other banks on Monday morning, with all lenders on the Euro Stoxx bank index losing. The index was down 1.74 percent.

European markets were sharply lower as well, as France’s CAC 40 was down 1.8 percent, while Germany's DAX was off 1.5 percent and London's FTSE 100 was 1.2 percent lower.

Germany’s biggest bank says it won't pay a $14 billion US Department of Justice (DoJ) fine for selling mortgage-backed securities that contributed to the 2008 financial crisis.

“Deutsche Bank has no intent to settle these potential civil claims anywhere near the number cited. The negotiations are only just beginning. The bank expects that they will lead to an outcome similar to those of peer banks which have settled at materially lower amounts,”Deutsche Bank said in a statement on Friday.

The Wall Street Journal reported the DoJ is demanding $14 billion in compensation to settle a set of high-profile mortgage-securities probes stemming from the financial crisis.

The bank’s spokesman confirmed in July settlement negotiations were underway, but the size of the potential penalty was unknown before today.

The amount is almost equal to Deutsche’s market cap. As a result, the share price of the German bank plummeted over eight percent on Friday, dragging the country's stock market half a percent lower. Friday's slump added to the 45 percent drop in the bank's stock since January and a 53 percent slump over the last twelve months. 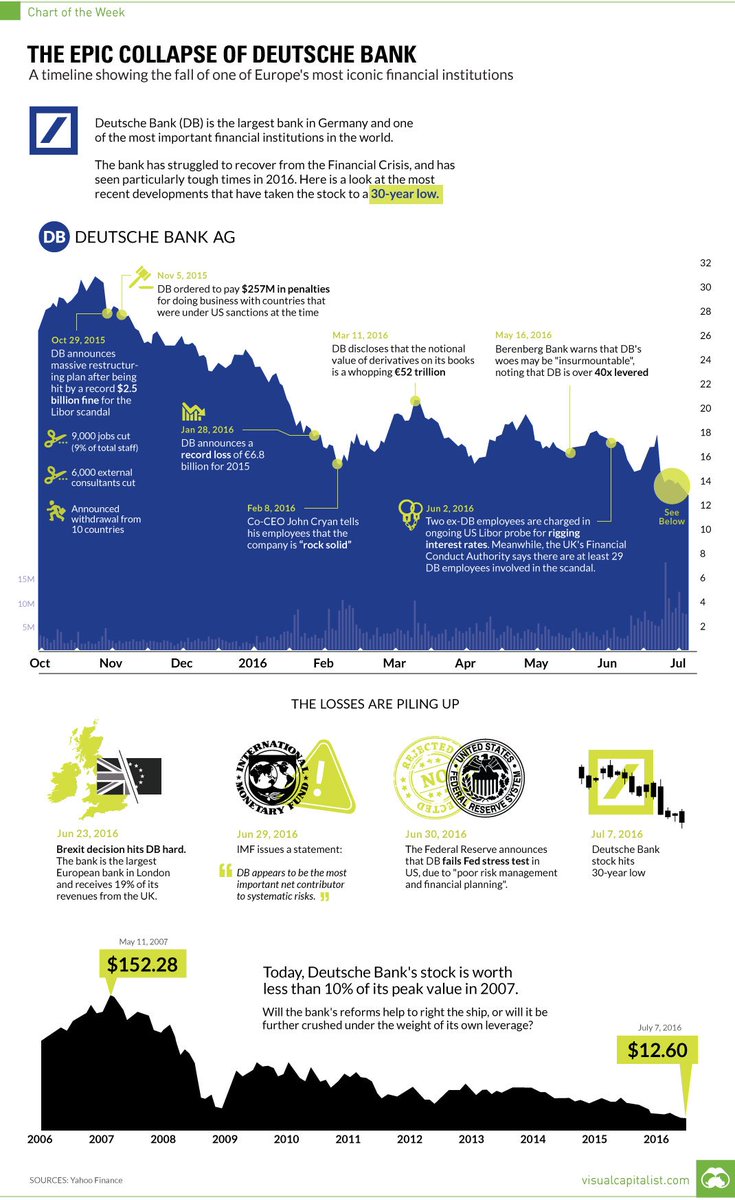 Bank of America paid $17 billion to settle a similar probe in 2014. Goldman Sachs agreed to reimburse $5.1 billion earlier this year over troubles with mortgage-backed securities that were sold to investors as high-quality debt.

In 2014, the DoJ demanded Citigroup pay $12 billion for selling low-grade mortgage-backed securities, but the fine was cut to $7 billion.

Barclays, Credit Suisse Group, UBS and Royal Bank of Scotland face similar investigations and could also be penalized by US authorities.