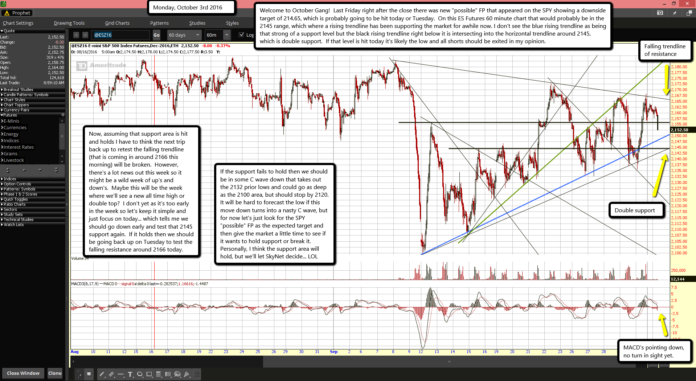 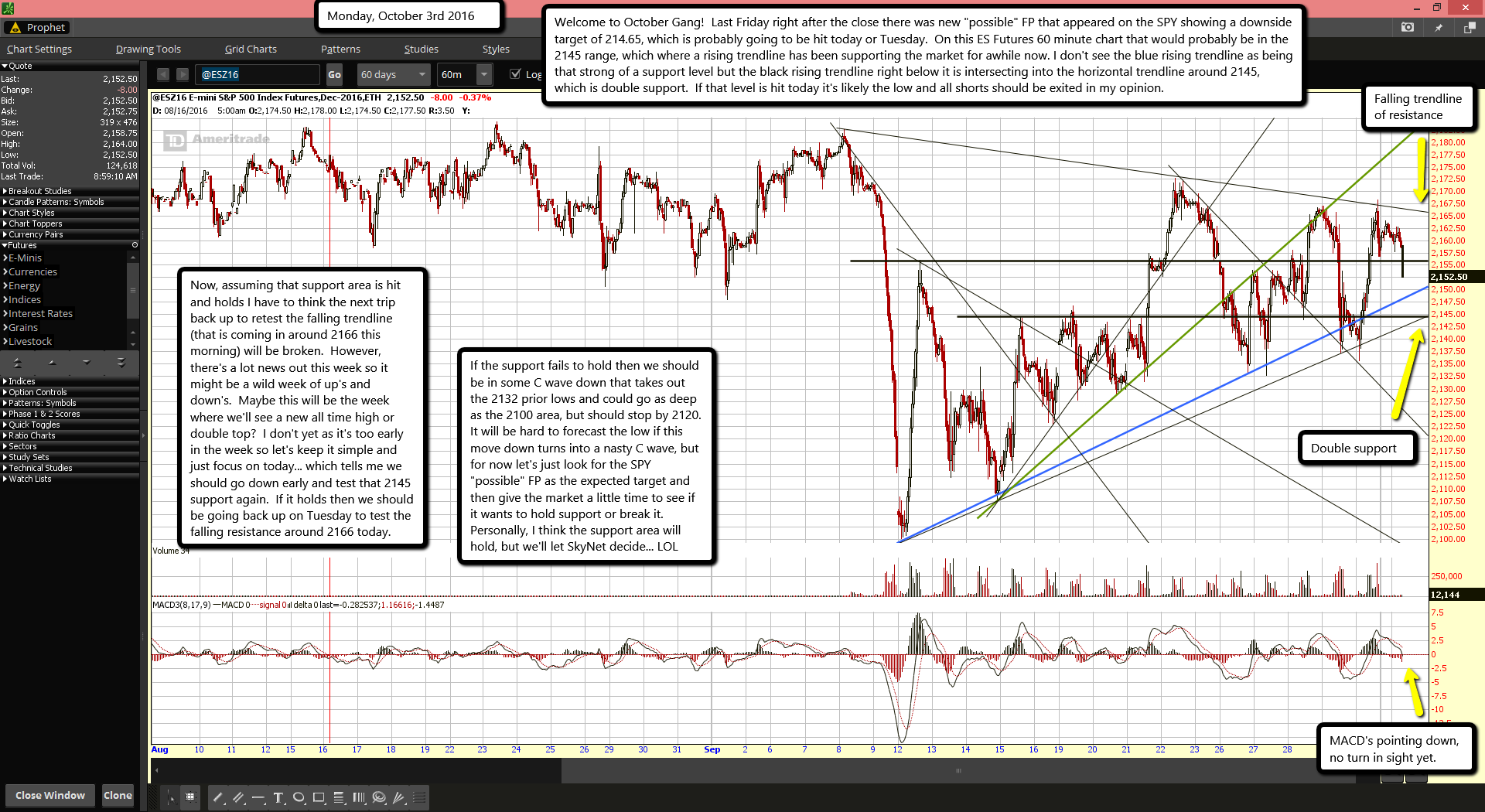 Welcome to October Gang!  Last Friday right after the close there was new "possible" FP that appeared on the SPY showing a downside target of 214.65, which is probably going to be hit today or Tuesday.  On this ES Futures 60 minute chart that would probably be in the 2145 range, which where a rising trendline has been supporting the market for awhile now. I don't see the blue rising trendline as being that strong of a support level but the black rising trendline right below it is intersecting into the horizontal trendline around 2145, which is double support.  If that level is hit today it's likely the low and all shorts should be exited in my opinion.

Now, assuming that support area is hit and holds I have to think the next trip back up to retest the falling trendline (that is coming in around 2166 this morning) will be broken.  However, there's a lot news out this week so it might be a wild week of up's and down's.  Maybe this will be the week where we'll see a new all time high or double top?  I don't yet as it's too early in the week so let's keep it simple and just focus on today... which tells me we should go down early and test that 2145 support again.  If it holds then we should be going back up on Tuesday to test the falling resistance around 2166 today.

If the support fails to hold then we should be in some C wave down that takes out the 2132 prior lows and could go as deep as the 2100 area, but should stop by 2120.  It will be hard to forecast the low if this move down turns into a nasty C wave, but for now let's just look for the SPY "possible" FP as the expected target and then give the market a little time to see if it wants to hold support or break it.  Personally, I think the support area will hold, but we'll let SkyNet decide... LOL