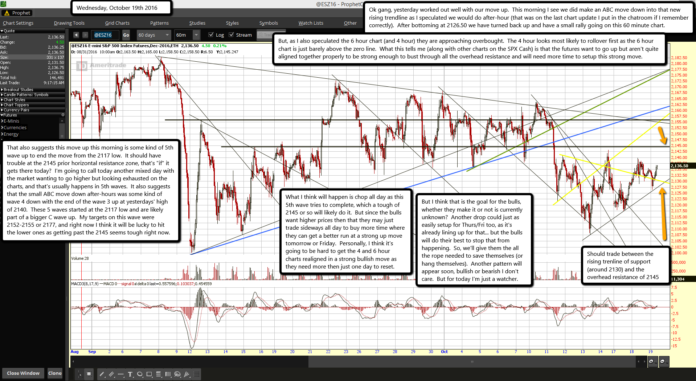 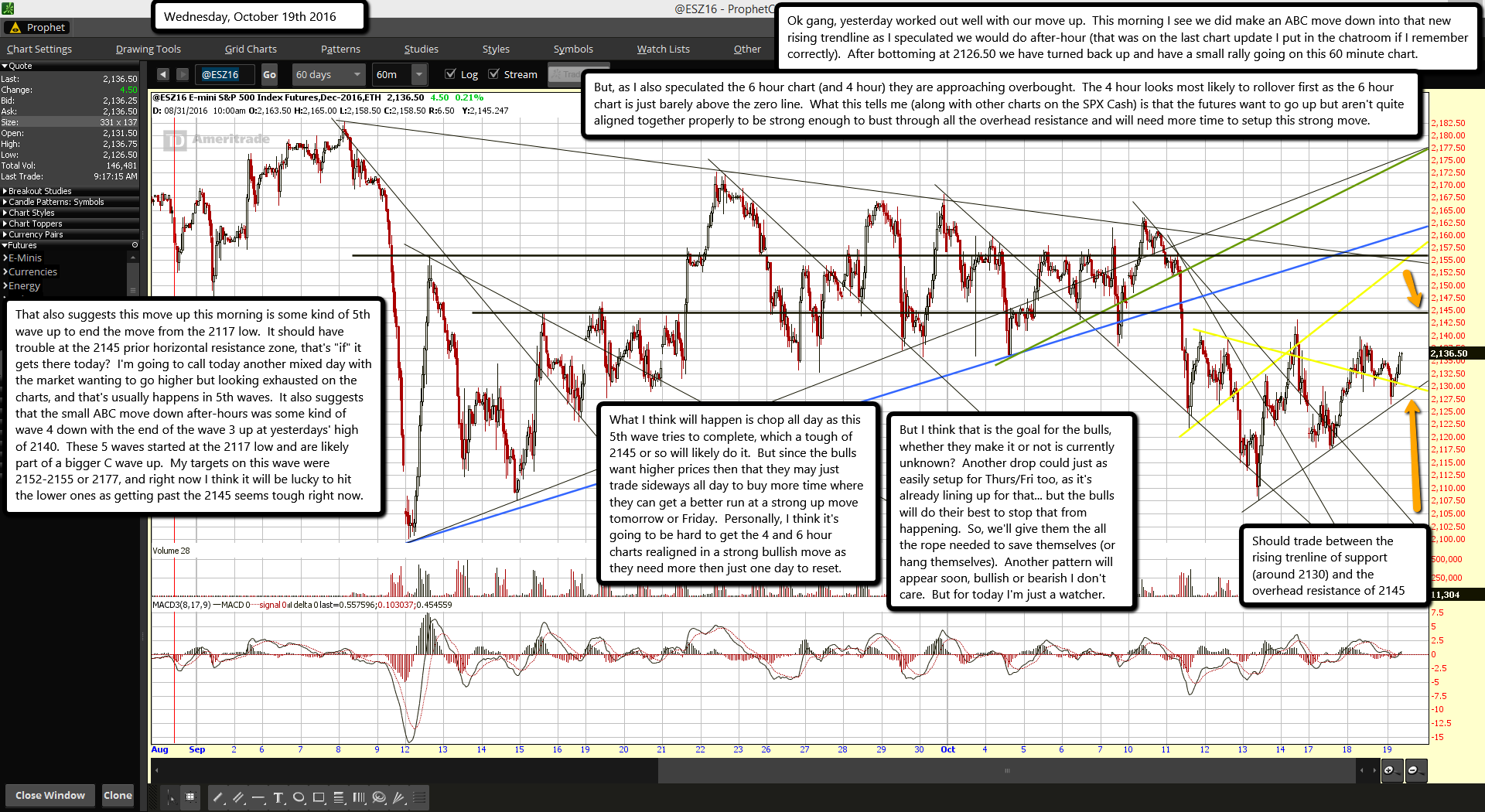 Ok gang, yesterday worked out well with our move up.  This morning I see we did make an ABC move down into that new rising trendline as I speculated we would do after-hour (that was on the last chart update I put in the chatroom if I remember correctly).  After bottoming at 2126.50 we have turned back up and have a small rally going on this 60 minute chart.

But, as I also speculated the 6 hour chart (and 4 hour) they are approaching overbought.  The 4 hour looks most likely to rollover first as the 6 hour chart is just barely above the zero line.  What this tells me (along with other charts on the SPX Cash) is that the futures want to go up but aren't quite aligned together properly to be strong enough to bust through all the overhead resistance and will need more time to setup this strong move.

That also suggests this move up this morning is some kind of 5th wave up to end the move from the 2117 low.  It should have trouble at the 2145 prior horizontal resistance zone, that's "if" it gets there today?  I'm going to call today another mixed day with the market wanting to go higher but looking exhausted on the charts, and that's usually happens in 5th waves.  It also suggests that the small ABC move down after-hours was some kind of wave 4 down with the end of the wave 3 up at yesterdays' high of 2140.  These 5 waves started at the 2117 low and are likely part of a bigger C wave up.  My targets on this wave were 2152-2155 or 2177, and right now I think it will be lucky to hit the lower ones as getting past the 2145 seems tough right now.

What I think will happen is chop all day as this 5th wave tries to complete, which a tough of 2145 or so will likely do it.  But since the bulls want higher prices then that they may just trade sideways all day to buy more time where they can get a better run at a strong up move tomorrow or Friday.  Personally, I think it's going to be hard to get the 4 and 6 hour charts realigned in a strong bullish move as they need more then just one day to reset.

But I think that is the goal for the bulls, whether they make it or not is currently unknown?  Another drop could just as easily setup for Thurs/Fri too, as it's already lining up for that... but the bulls will do their best to stop that from happening.  So, we'll give them the all the rope needed to save themselves (or hang themselves).  Another pattern will appear soon, bullish or bearish I don't care.  But for today I'm just a watcher.