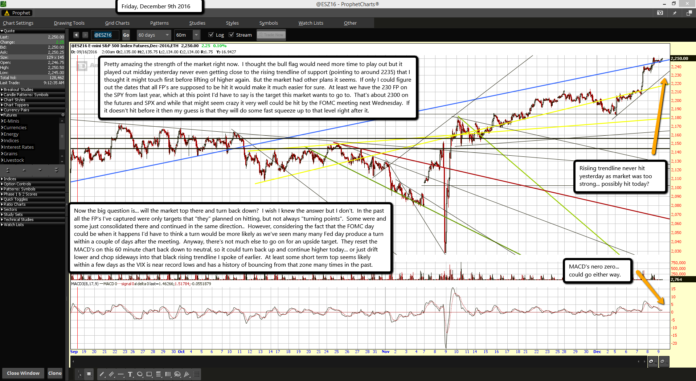 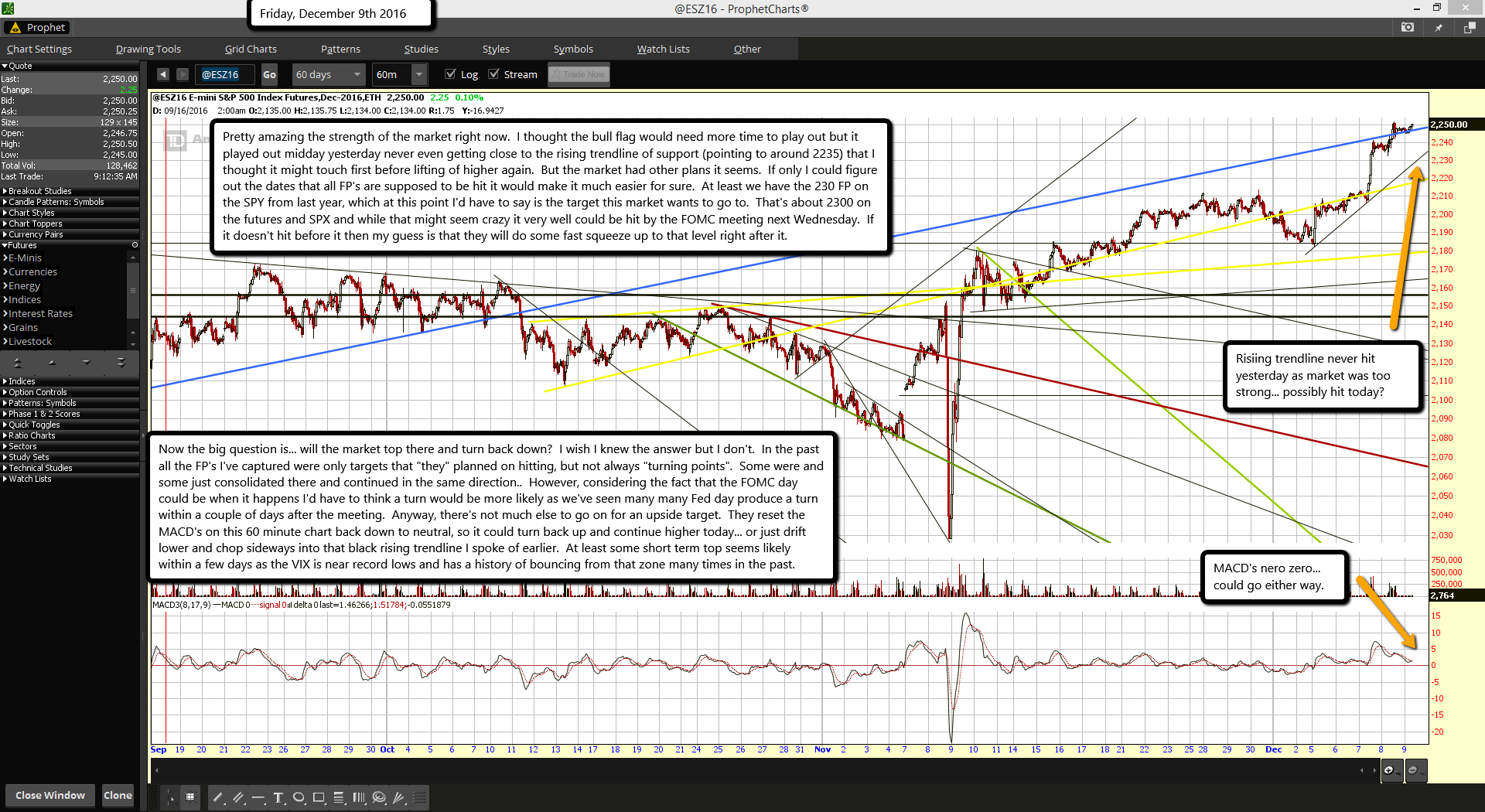 Pretty amazing the strength of the market right now.  I thought the bull flag would need more time to play out but it played out midday yesterday never even getting close to the rising trendline of support (pointing to around 2235) that I thought it might touch first before lifting of higher again.  But the market had other plans it seems.  If only I could figure out the dates that all FP's are supposed to be hit it would make it much easier for sure.  At least we have the 230 FP on the SPY from last year, which at this point I'd have to say is the target this market wants to go to.  That's about 2300 on the futures and SPX and while that might seem crazy it very well could be hit by the FOMC meeting next Wednesday.  If it doesn't hit before it then my guess is that they will do some fast squeeze up to that level right after it.

Now the big question is... will the market top there and turn back down?  I wish I knew the answer but I don't.  In the past all the FP's I've captured were only targets that "they" planned on hitting, but not always "turning points".  Some were and some just consolidated there and continued in the same direction..  However, considering the fact that the FOMC day could be when it happens I'd have to think a turn would be more likely as we've seen many many Fed day produce a turn within a couple of days after the meeting.  Anyway, there's not much else to go on for an upside target.  They reset the MACD's on this 60 minute chart back down to neutral, so it could turn back up and continue higher today... or just drift lower and chop sideways into that black rising trendline I spoke of earlier.  At least some short term top seems likely within a few days as the VIX is near record lows and has a history of bouncing from that zone many times in the past.