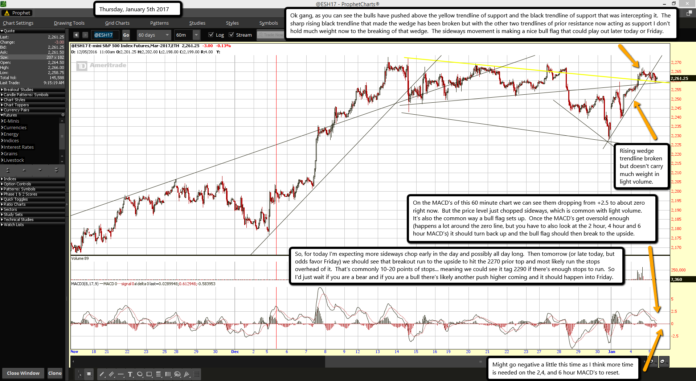 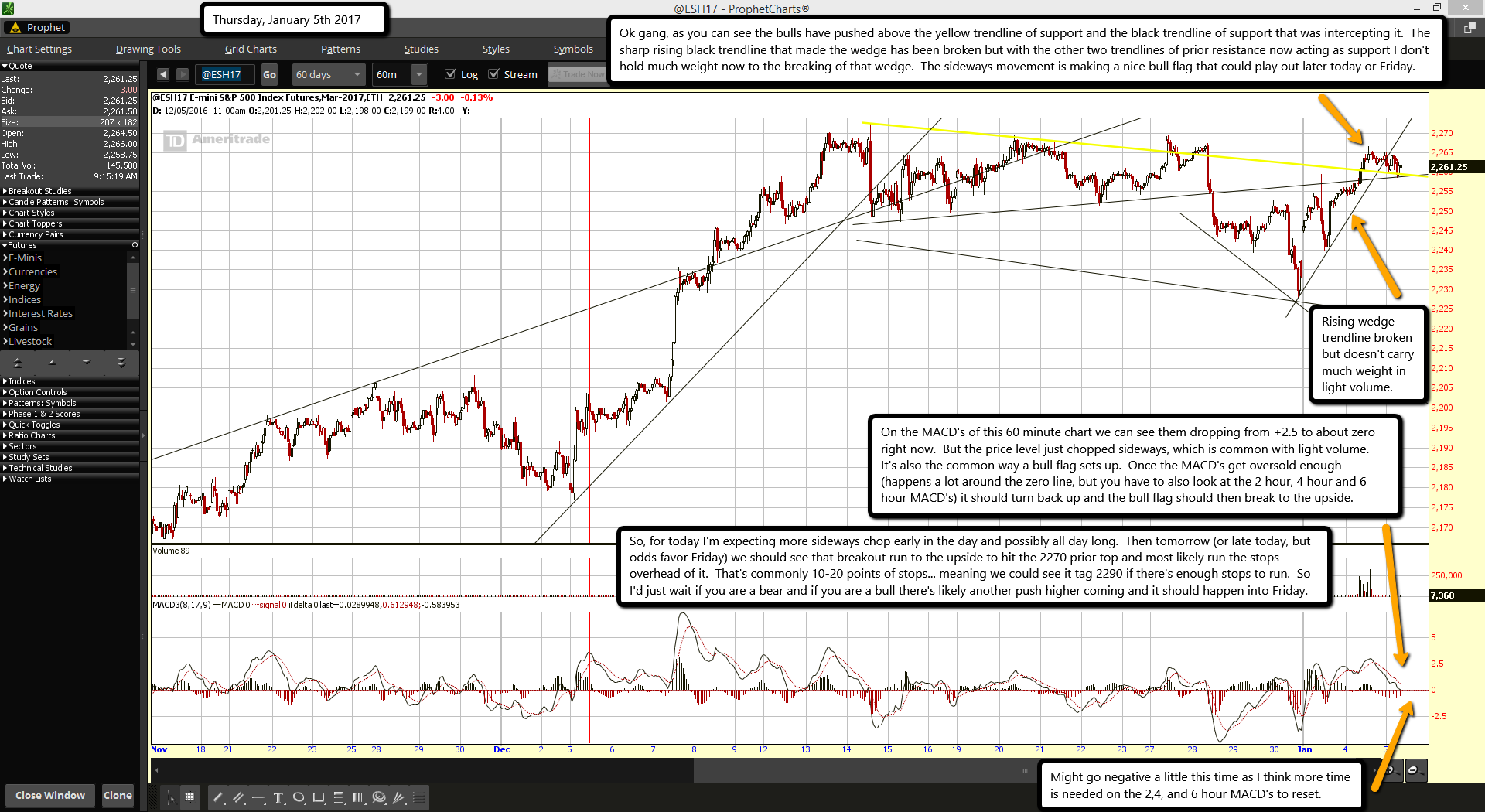 Ok gang, as you can see the bulls have pushed above the yellow trendline of support and the black trendline of support that was intercepting it.  The sharp rising black trendline that made the wedge has been broken but with the other two trendlines of prior resistance now acting as support I don't hold much weight now to the breaking of that wedge.  The sideways movement is making a nice bull flag that could play out later today or Friday.

On the MACD's of this 60 minute chart we can see them dropping from +2.5 to about zero right now.  But the price level just chopped sideways, which is common with light volume.  It's also the common way a bull flag sets up.  Once the MACD's get oversold enough (happens a lot around the zero line, but you have to also look at the 2 hour, 4 hour and 6 hour MACD's) it should turn back up and the bull flag should then break to the upside.

So, for today I'm expecting more sideways chop early in the day and possibly all day long.  Then tomorrow (or late today, but odds favor Friday) we should see that breakout run to the upside to hit the 2270 prior top and most likely run the stops overhead of it.  That's commonly 10-20 points of stops... meaning we could see it tag 2290 if there's enough stops to run.  So I'd just wait if you are a bear and if you are a bull there's likely another push higher coming and it should happen into Friday.