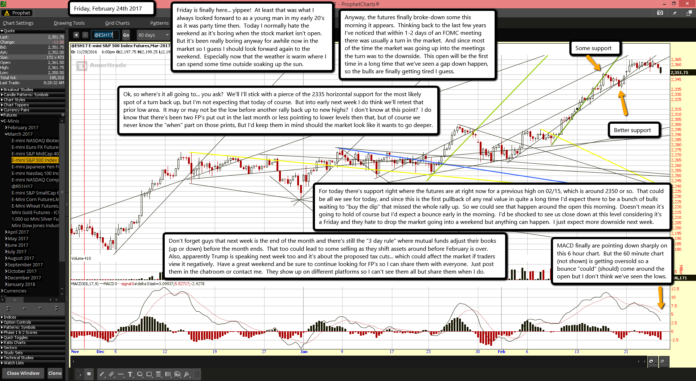 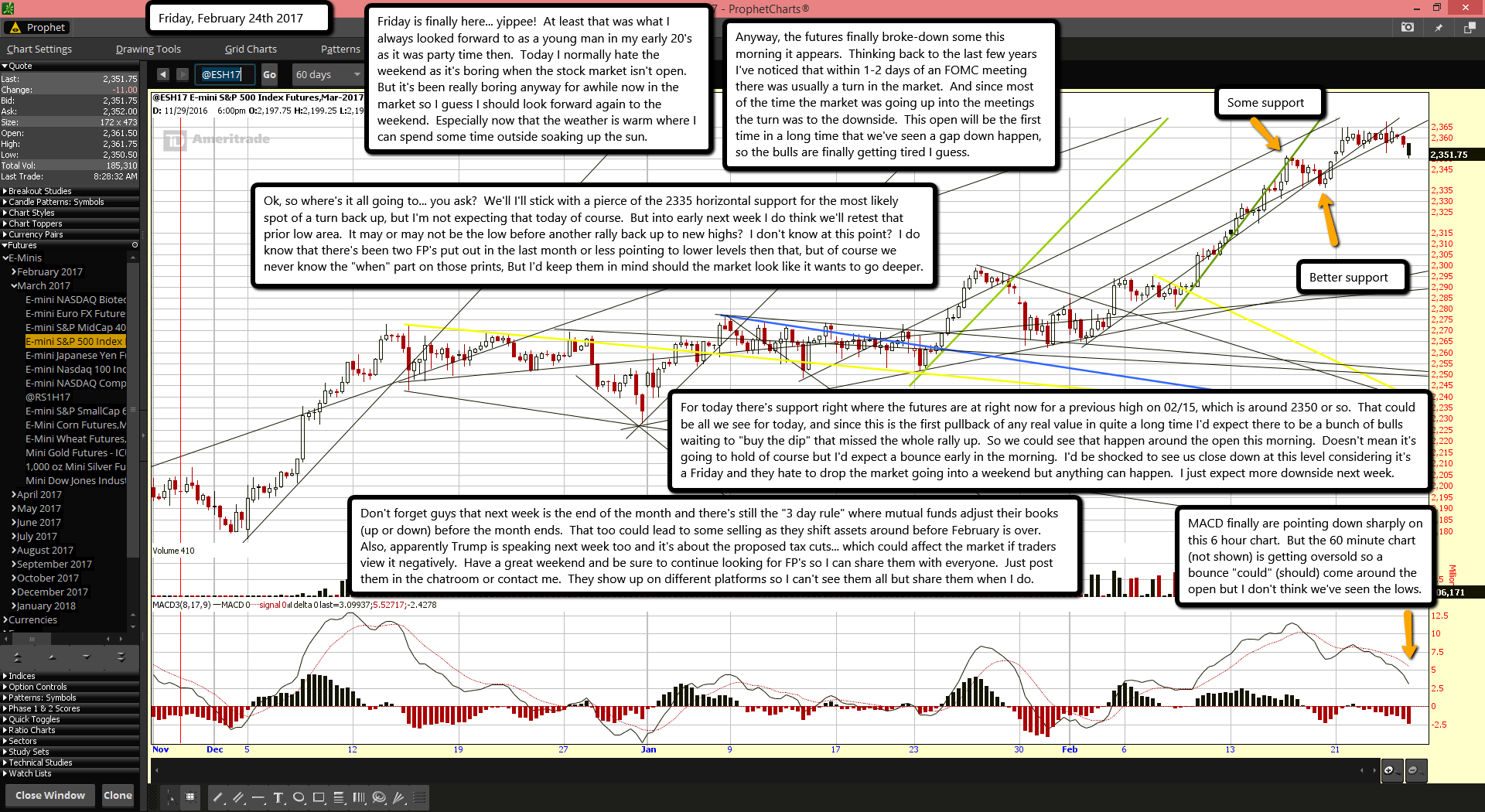 Friday is finally here... yippee!  At least that was what I always looked forward to as a young man in my early 20's as it was party time then.  Today I normally hate the weekend as it's boring when the stock market isn't open.  But it's been really boring anyway for awhile now in the market so I guess I should look forward again to the weekend.  Especially now that the weather is warm where I can spend some time outside soaking up the sun.

Anyway, the futures finally broke-down some this morning it appears.  Thinking back to the last few years I've noticed that within 1-2 days of an FOMC meeting there was usually a turn in the market.  And since most of the time the market was going up into the meetings the turn was to the downside.  This open will be the first time in a long time that we've seen a gap down happen, so the bulls are finally getting tired I guess.

Ok, so where's it all going to... you ask?  We'll I'll stick with a pierce of the 2335 horizontal support for the most likely spot of a turn back up, but I'm not expecting that today of course.  But into early next week I do think we'll retest that prior low area.  It may or may not be the low before another rally back up to new highs?  I don't know at this point?  I do know that there's been two FP's put out in the last month or less pointing to lower levels then that, but of course we never know the "when" part on those prints, But I'd keep them in mind should the market look like it wants to go deeper.

For today there's support right where the futures are at right now for a previous high on 02/15, which is around 2350 or so.  That could be all we see for today, and since this is the first pullback of any real value in quite a long time I'd expect there to be a bunch of bulls waiting to "buy the dip" that missed the whole rally up.  So we could see that happen around the open this morning.  Doesn't mean it's going to hold of course but I'd expect a bounce early in the morning.  I'd be shocked to see us close down at this level considering it's a Friday and they hate to drop the market going into a weekend but anything can happen.  I just expect more downside next week.

Don't forget guys that next week is the end of the month and there's still the "3 day rule" where mutual funds adjust their books (up or down) before the month ends.  That too could lead to some selling as they shift assets around before February is over.  Also, apparently Trump is speaking next week too and it's about the proposed tax cuts... which could affect the market if traders view it negatively.  Have a great weekend and be sure to continue looking for FP's so I can share them with everyone.  Just post them in the chatroom or contact me.  They show up on different platforms so I can't see them all but share them when I do.