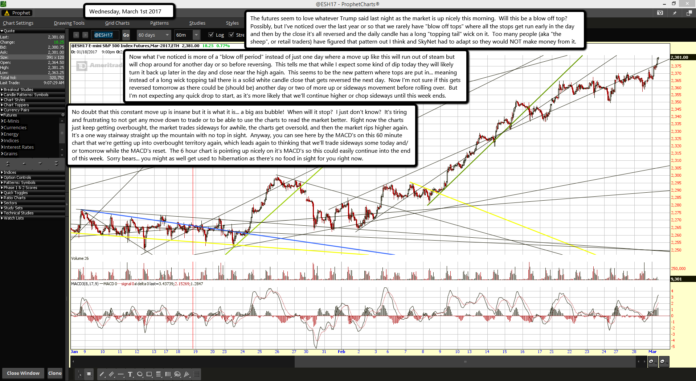 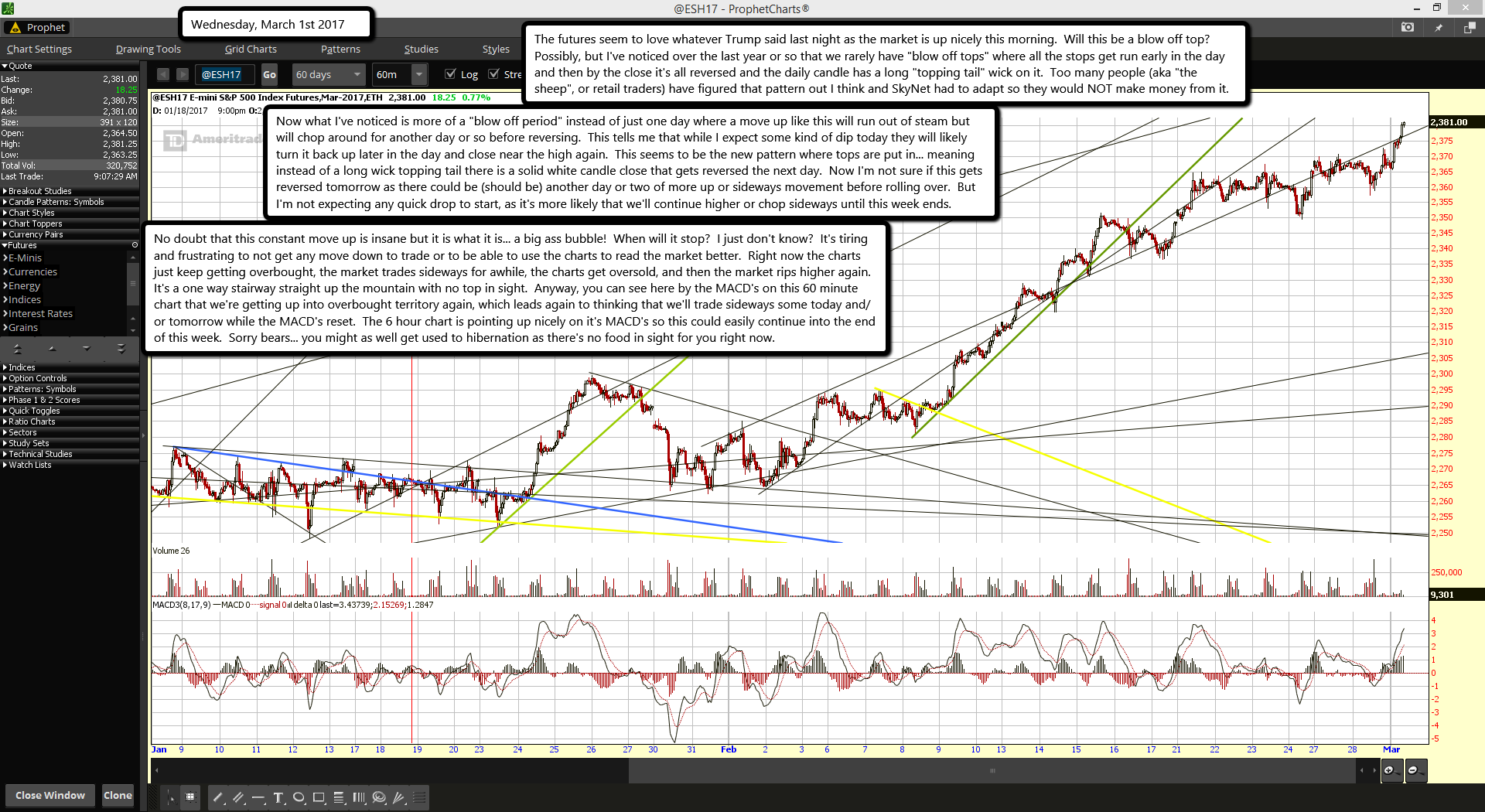 The futures seem to love whatever Trump said last night as the market is up nicely this morning.  Will this be a blow off top?  Possibly, but I've noticed over the last year or so that we rarely have "blow off tops" where all the stops get run early in the day and then by the close it's all reversed and the daily candle has a long "topping tail" wick on it.  Too many people (aka "the sheep", or retail traders) have figured that pattern out I think and SkyNet had to adapt so they would NOT make money from it.

Now what I've noticed is more of a "blow off period" instead of just one day where a move up like this will run out of steam but will chop around for another day or so before reversing.  This tells me that while I expect some kind of dip today they will likely turn it back up later in the day and close near the high again.  This seems to be the new pattern where tops are put in... meaning instead of a long wick topping tail there is a solid white candle close that gets reversed the next day.  Now I'm not sure if this gets reversed tomorrow as there could be (should be) another day or two of more up or sideways movement before rolling over.  But I'm not expecting any quick drop to start, as it's more likely that we'll continue higher or chop sideways until this week ends.

No doubt that this constant move up is insane but it is what it is... a big ass bubble!  When will it stop?  I just don't know?  It's tiring and frustrating to not get any move down to trade or to be able to use the charts to read the market better.  Right now the charts just keep getting overbought, the market trades sideways for awhile, the charts get oversold, and then the market rips higher again.  It's a one way stairway straight up the mountain with no top in sight.  Anyway, you can see here by the MACD's on this 60 minute chart that we're getting up into overbought territory again, which leads again to thinking that we'll trade sideways some today and/or tomorrow while the MACD's reset.  The 6 hour chart is pointing up nicely on it's MACD's so this could easily continue into the end of this week.  Sorry bears... you might as well get used to hibernation as there's no food in sight for you right now.