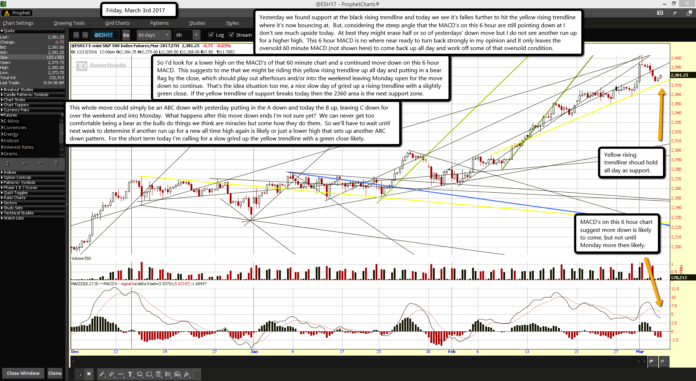 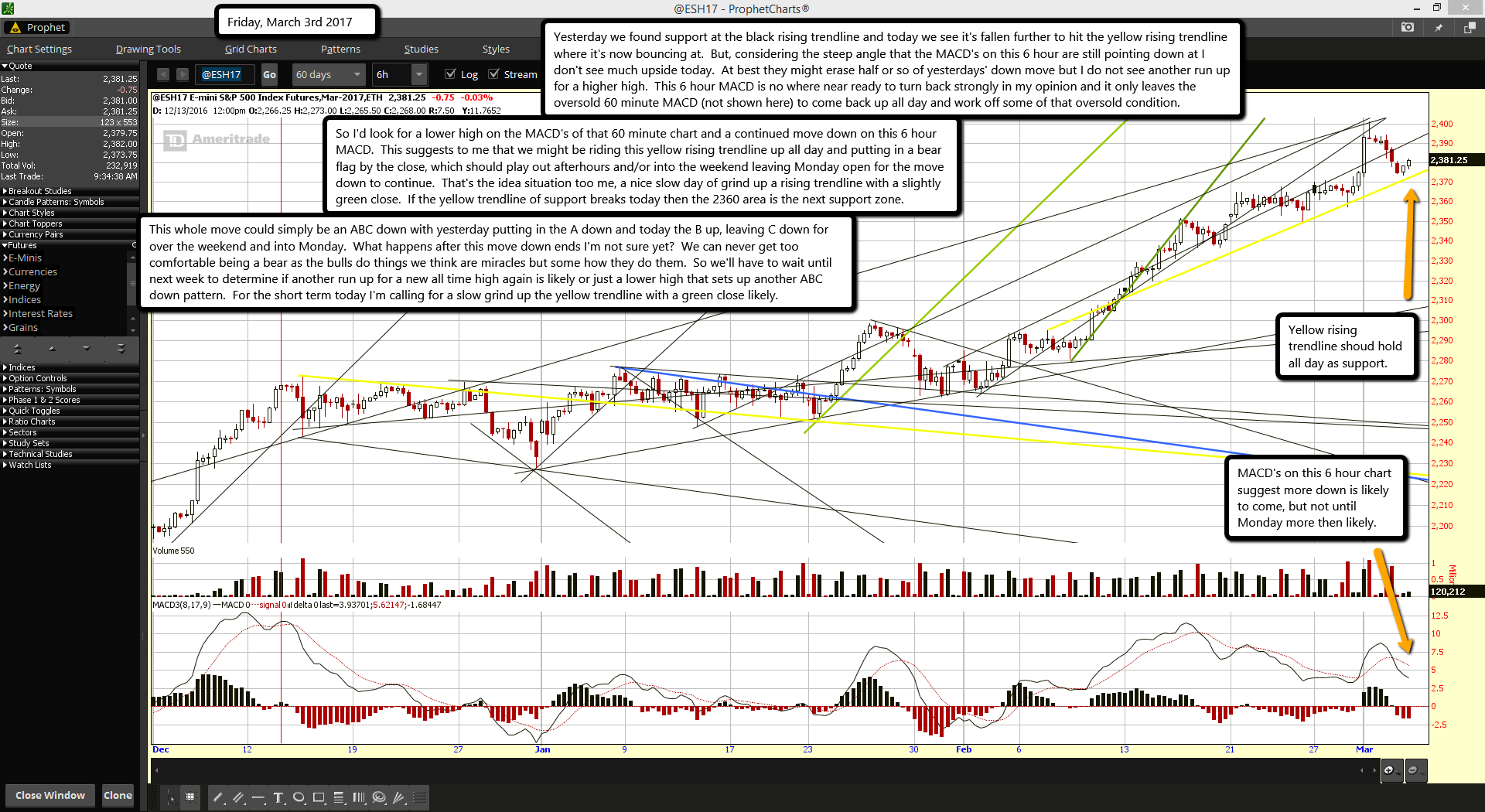 Yesterday we found support at the black rising trendline and today we see it's fallen further to hit the yellow rising trendline where it's now bouncing at.  But, considering the steep angle that the MACD's on this 6 hour are still pointing down at I don't see much upside today.  At best they might erase half or so of yesterdays' down move but I do not see another run up for a higher high.  This 6 hour MACD is no where near ready to turn back strongly in my opinion and it only leaves the oversold 60 minute MACD (not shown here) to come back up all day and work off some of that oversold condition.

So I'd look for a lower high on the MACD's of that 60 minute chart and a continued move down on this 6 hour MACD.  This suggests to me that we might be riding this yellow rising trendline up all day and putting in a bear flag by the close, which should play out afterhours and/or into the weekend leaving Monday open for the move down to continue.  That's the idea situation too me, a nice slow day of grind up a rising trendline with a slightly green close.  If the yellow trendline of support breaks today then the 2360 area is the next support zone.

This whole move could simply be an ABC down with yesterday putting in the A down and today the B up, leaving C down for over the weekend and into Monday.  What happens after this move down ends I'm not sure yet?  We can never get too comfortable being a bear as the bulls do things we think are miracles but some how they do them.  So we'll have to wait until next week to determine if another run up for a new all time high again is likely or just a lower high that sets up another ABC down pattern.  For the short term today I'm calling for a slow grind up the yellow trendline with a green close likely.