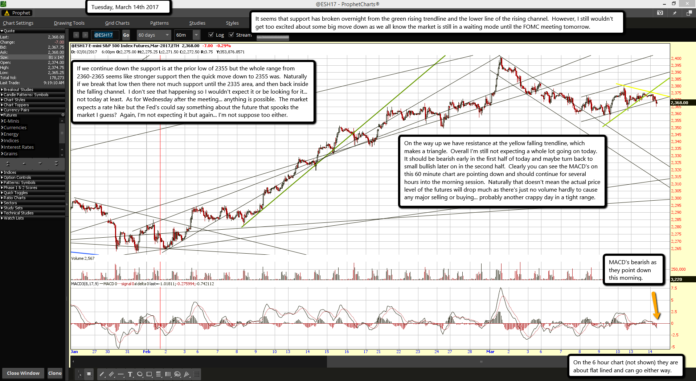 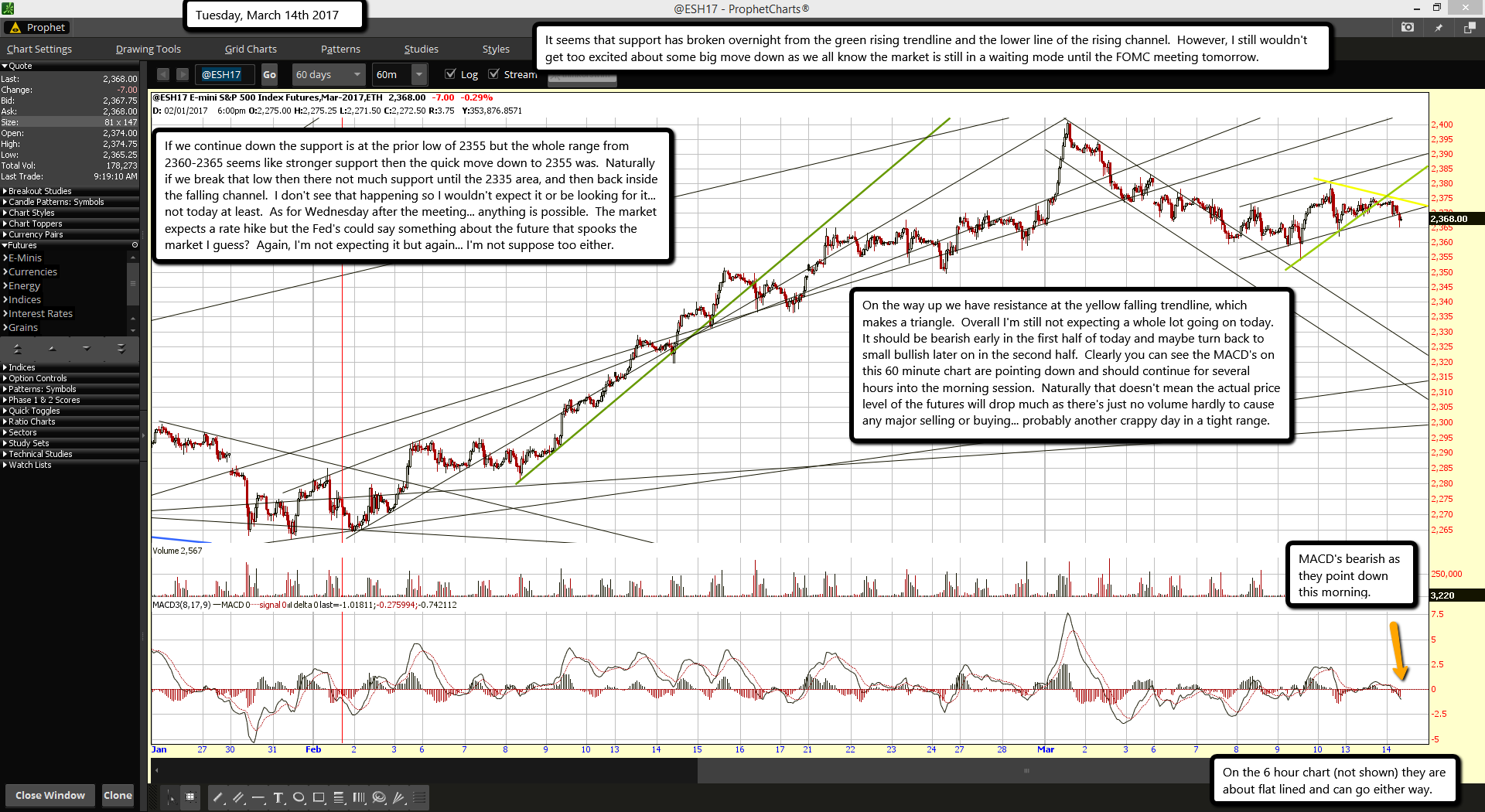 It seems that support has broken overnight from the green rising trendline and the lower line of the rising channel.  However, I still wouldn't get too excited about some big move down as we all know the market is still in a waiting mode until the FOMC meeting tomorrow.

If we continue down the support is at the prior low of 2355 but the whole range from 2360-2365 seems like stronger support then the quick move down to 2355 was.  Naturally if we break that low then there not much support until the 2335 area, and then back inside the falling channel.  I don't see that happening so I wouldn't expect it or be looking for it... not today at least.  As for Wednesday after the meeting... anything is possible.  The market expects a rate hike but the Fed's could say something about the future that spooks the market I guess?  Again, I'm not expecting it but again... I'm not suppose too either.

On the way up we have resistance at the yellow falling trendline, which makes a triangle.  Overall I'm still not expecting a whole lot going on today.  It should be bearish early in the first half of today and maybe turn back to small bullish later on in the second half.  Clearly you can see the MACD's on this 60 minute chart are pointing down and should continue for several hours into the morning session.  Naturally that doesn't mean the actual price level of the futures will drop much as there's just no volume hardly to cause any major selling or buying... probably another crappy day in a tight range.