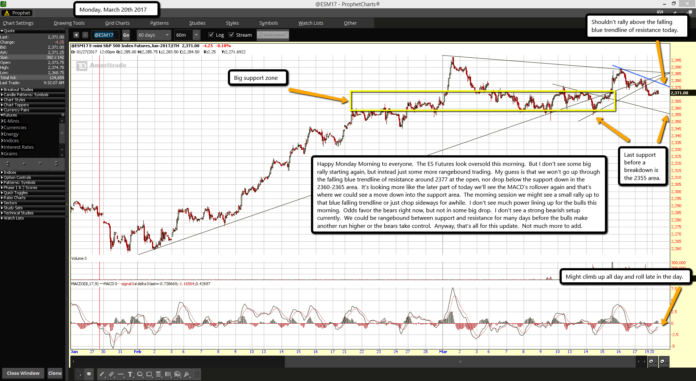 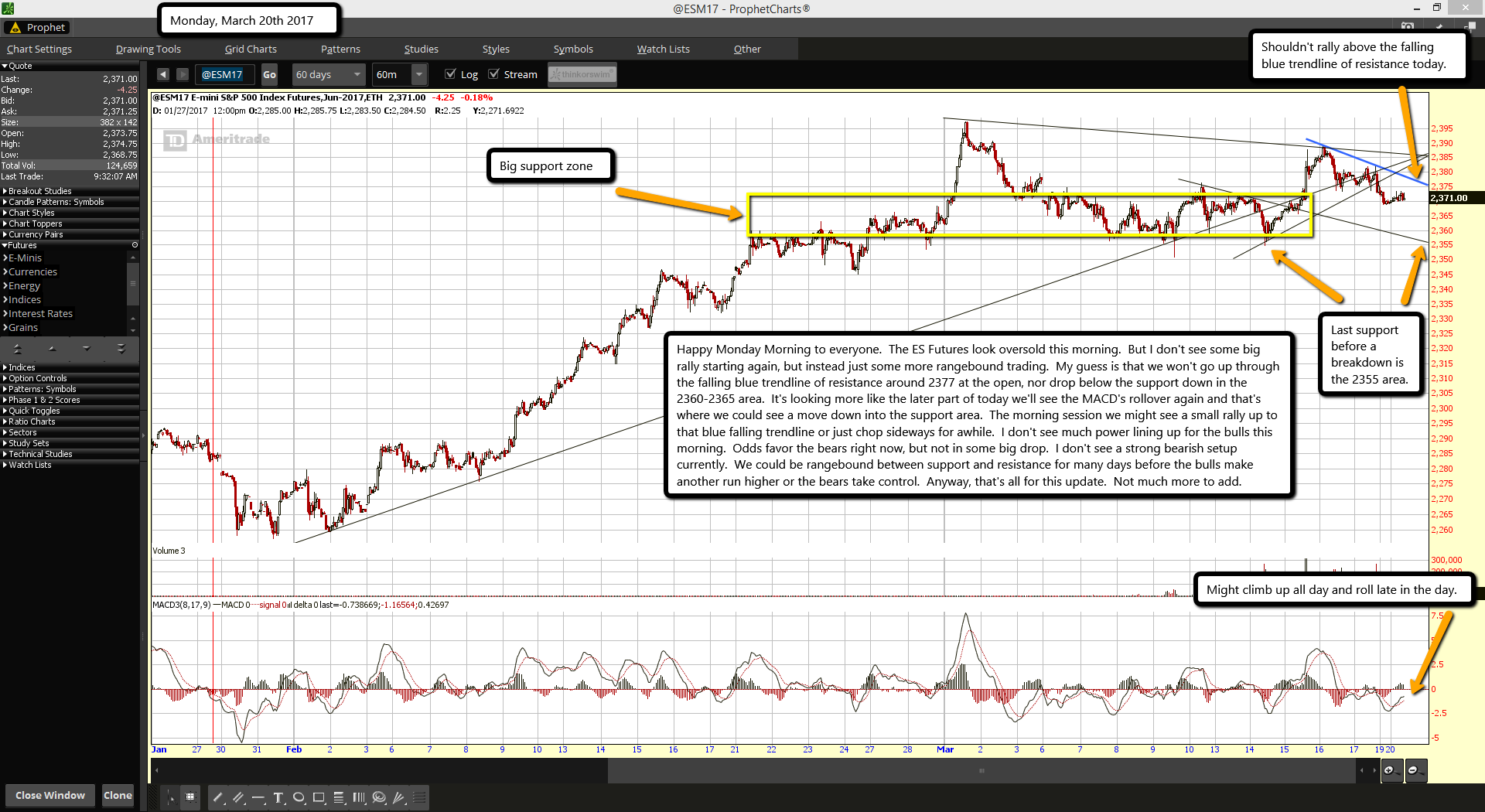 Happy Monday Morning to everyone.  The ES Futures look oversold this morning.  But I don't see some big rally starting again, but instead just some more rangebound trading.  My guess is that we won't go up through the falling blue trendline of resistance around 2377 at the open, nor drop below the support down in the 2360-2365 area.  It's looking more like the later part of today we'll see the MACD's rollover again and that's where we could see a move down into the support area.  The morning session we might see a small rally up to that blue falling trendline or just chop sideways for awhile.  I don't see much power lining up for the bulls this morning.  Odds favor the bears right now, but not in some big drop.  I don't see a strong bearish setup currently.  We could be rangebound between support and resistance for many days before the bulls make another run higher or the bears take control.  Anyway, that's all for this update.  Not much more to add.