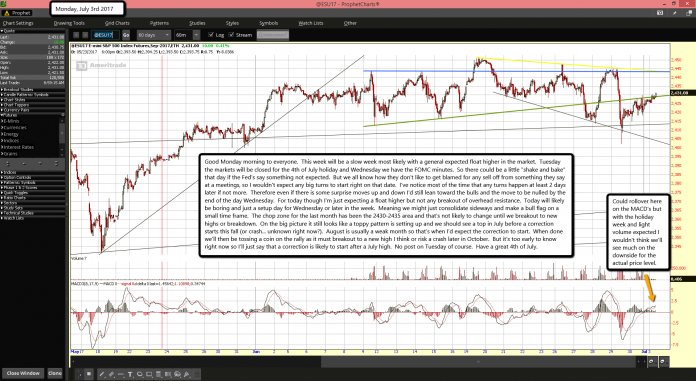 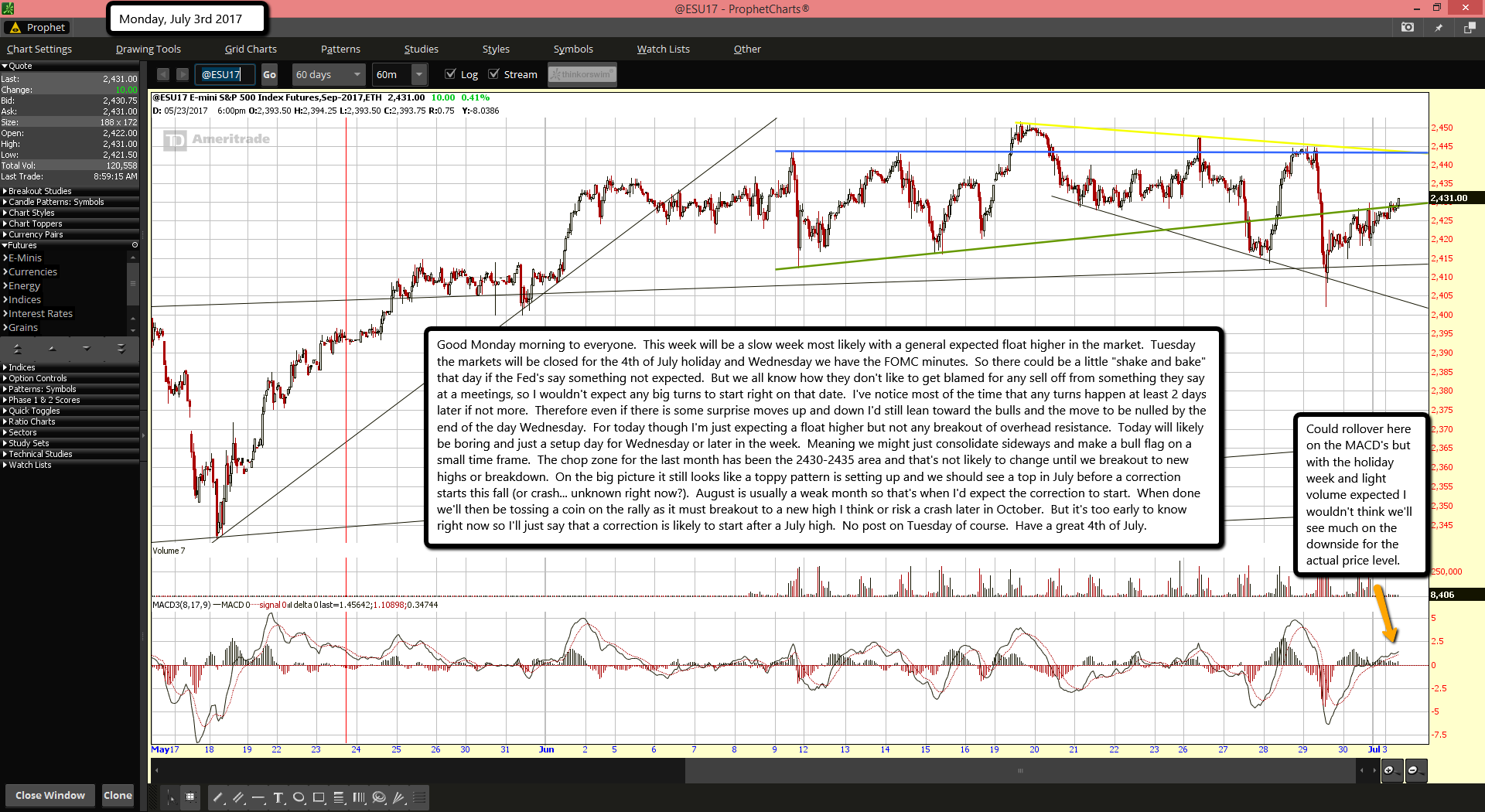 Good Monday morning to everyone.  This week will be a slow week most likely with a general expected float higher in the market.  Tuesday the markets will be closed for the 4th of July holiday and Wednesday we have the FOMC minutes.  So there could be a little "shake and bake" that day if the Fed's say something not expected.  But we all know how they don't like to get blamed for any sell off from something they say at a meetings, so I wouldn't expect any big turns to start right on that date.  I've notice most of the time that any turns happen at least 2 days later if not more.  Therefore even if there is some surprise moves up and down I'd still lean toward the bulls and the move to be nulled by the end of the day Wednesday.  For today though I'm just expecting a float higher but not any breakout of overhead resistance.  Today will likely be boring and just a setup day for Wednesday or later in the week.  Meaning we might just consolidate sideways and make a bull flag on a small time frame.  The chop zone for the last month has been the 2430-2435 area and that's not likely to change until we breakout to new highs or breakdown.  On the big picture it still looks like a toppy pattern is setting up and we should see a top in July before a correction starts this fall (or crash... unknown right now?).  August is usually a weak month so that's when I'd expect the correction to start.  When done we'll then be tossing a coin on the rally as it must breakout to a new high I think or risk a crash later in October.  But it's too early to know right now so I'll just say that a correction is likely to start after a July high.  No post on Tuesday of course.  Have a great 4th of July. 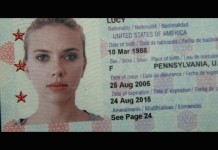