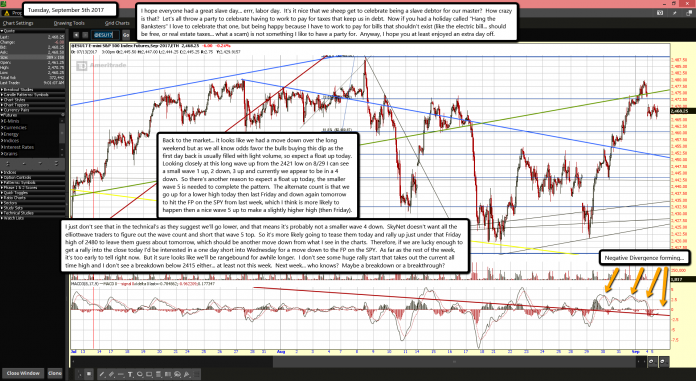 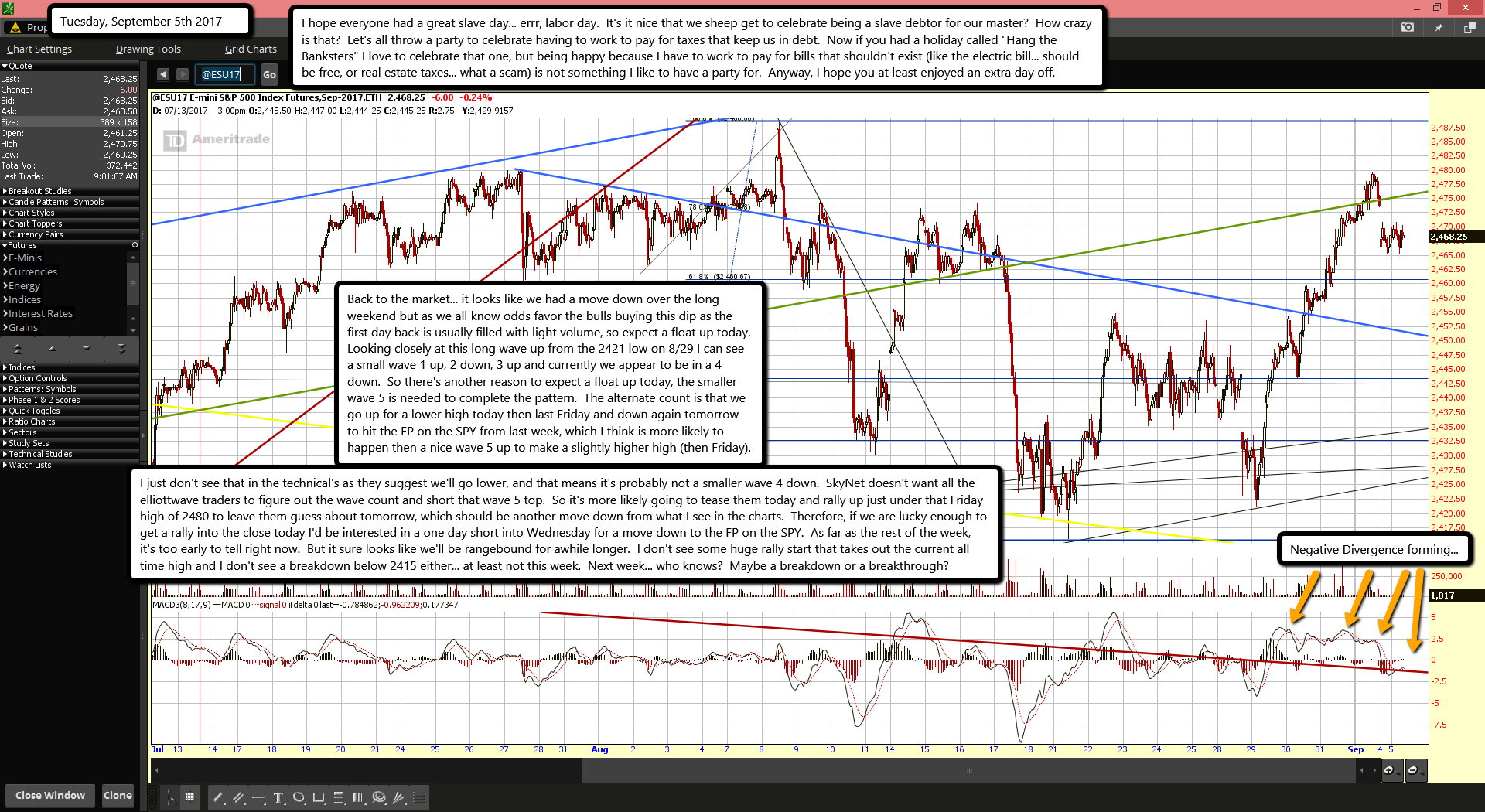 I hope everyone had a great slave day... errr, labor day.  It's it nice that we sheep get to celebrate being a slave debtor for our master?  How crazy is that?  Let's all throw a party to celebrate having to work to pay for taxes that keep us in debt.  Now if you had a holiday called "Hang the Banksters" I love to celebrate that one, but being happy because I have to work to pay for bills that shouldn't exist (like the electric bill... should be free, or real estate taxes... what a scam) is not something I like to have a party for.  Anyway, I hope you at least enjoyed an extra day off.

Back to the market... it looks like we had a move down over the long weekend but as we all know odds favor the bulls buying this dip as the first day back is usually filled with light volume, so expect a float up today.  Looking closely at this long wave up from the 2421 low on 8/29 I can see a small wave 1 up, 2 down, 3 up and currently we appear to be in a 4 down.  So there's another reason to expect a float up today, the smaller wave 5 is needed to complete the pattern.  The alternate count is that we go up for a lower high today then last Friday and down again tomorrow to hit the FP on the SPY from last week, which I think is more likely to happen then a nice wave 5 up to make a slightly higher high (then Friday).

I just don't see that in the technical's as they suggest we'll go lower, and that means it's probably not a smaller wave 4 down.  SkyNet doesn't want all the elliottwave traders to figure out the wave count and short that wave 5 top.  So it's more likely going to tease them today and rally up just under that Friday high of 2480 to leave them guess about tomorrow, which should be another move down from what I see in the charts.  Therefore, if we are lucky enough to get a rally into the close today I'd be interested in a one day short into Wednesday for a move down to the FP on the SPY.  As far as the rest of the week, it's too early to tell right now.  But it sure looks like we'll be rangebound for awhile longer.  I don't see some huge rally start that takes out the current all time high and I don't see a breakdown below 2415 either... at least not this week.  Next week... who knows?  Maybe a breakdown or a breakthrough?