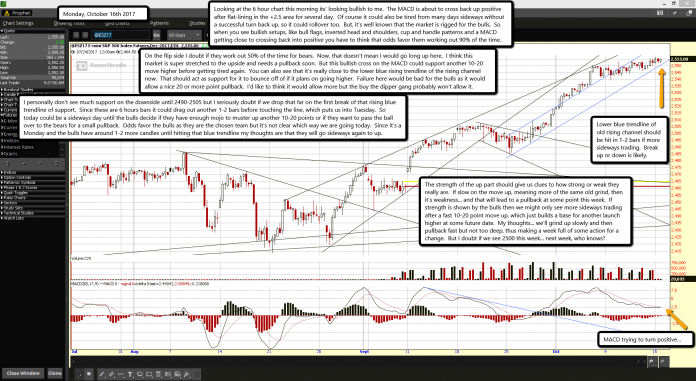 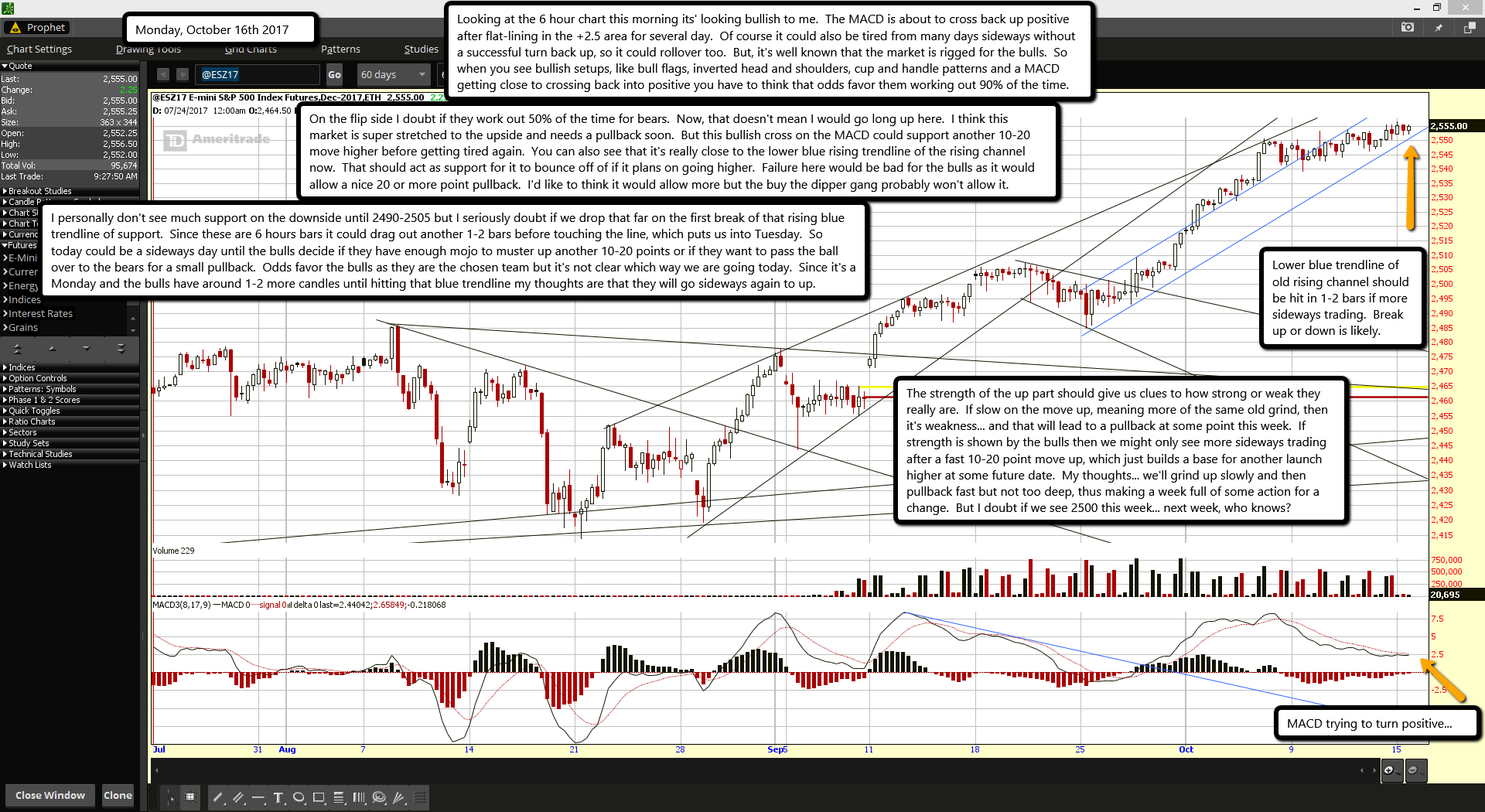 Looking at the 6 hour chart this morning its' looking bullish to me.  The MACD is about to cross back up positive after flat-lining in the +2.5 area for several day.  Of course it could also be tired from many days sideways without a successful turn back up, so it could rollover too.  But, it's well known that the market is rigged for the bulls.  So when you see bullish setups, like bull flags, inverted head and shoulders, cup and handle patterns and a MACD getting close to crossing back into positive you have to think that odds favor them working out 90% of the time.

On the flip side I doubt if they work out 50% of the time for bears.  Now, that doesn't mean I would go long up here.  I think this market is super stretched to the upside and needs a pullback soon.  But this bullish cross on the MACD could support another 10-20 move higher before getting tired again.  You can also see that it's really close to the lower blue rising trendline of the rising channel now.  That should act as support for it to bounce off of if it plans on going higher.  Failure here would be bad for the bulls as it would allow a nice 20 or more point pullback.  I'd like to think it would allow more but the buy the dipper gang probably won't allow it.

I personally don't see much support on the downside until 2490-2505 but I seriously doubt if we drop that far on the first break of that rising blue trendline of support.  Since these are 6 hours bars it could drag out another 1-2 bars before touching the line, which puts us into Tuesday.  So today could be a sideways day until the bulls decide if they have enough mojo to muster up another 10-20 points or if they want to pass the ball over to the bears for a small pullback.  Odds favor the bulls as they are the chosen team but it's not clear which way we are going today.  Since it's a Monday and the bulls have around 1-2 more candles until hitting that blue trendline my thoughts are that they will go sideways again to up.

The strength of the up part should give us clues to how strong or weak they really are.  If slow on the move up, meaning more of the same old grind, then it's weakness... and that will lead to a pullback at some point this week.  If strength is shown by the bulls then we might only see more sideways trading after a fast 10-20 point move up, which just builds a base for another launch higher at some future date.  My thoughts... we'll grind up slowly and then pullback fast but not too deep, thus making a week full of some action for a change.  But I doubt if we see 2500 this week... next week, who knows?