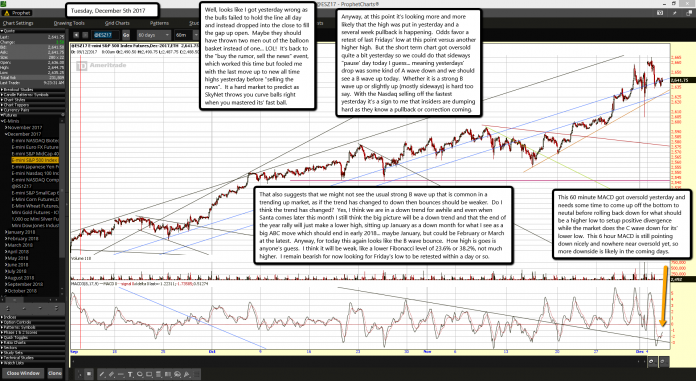 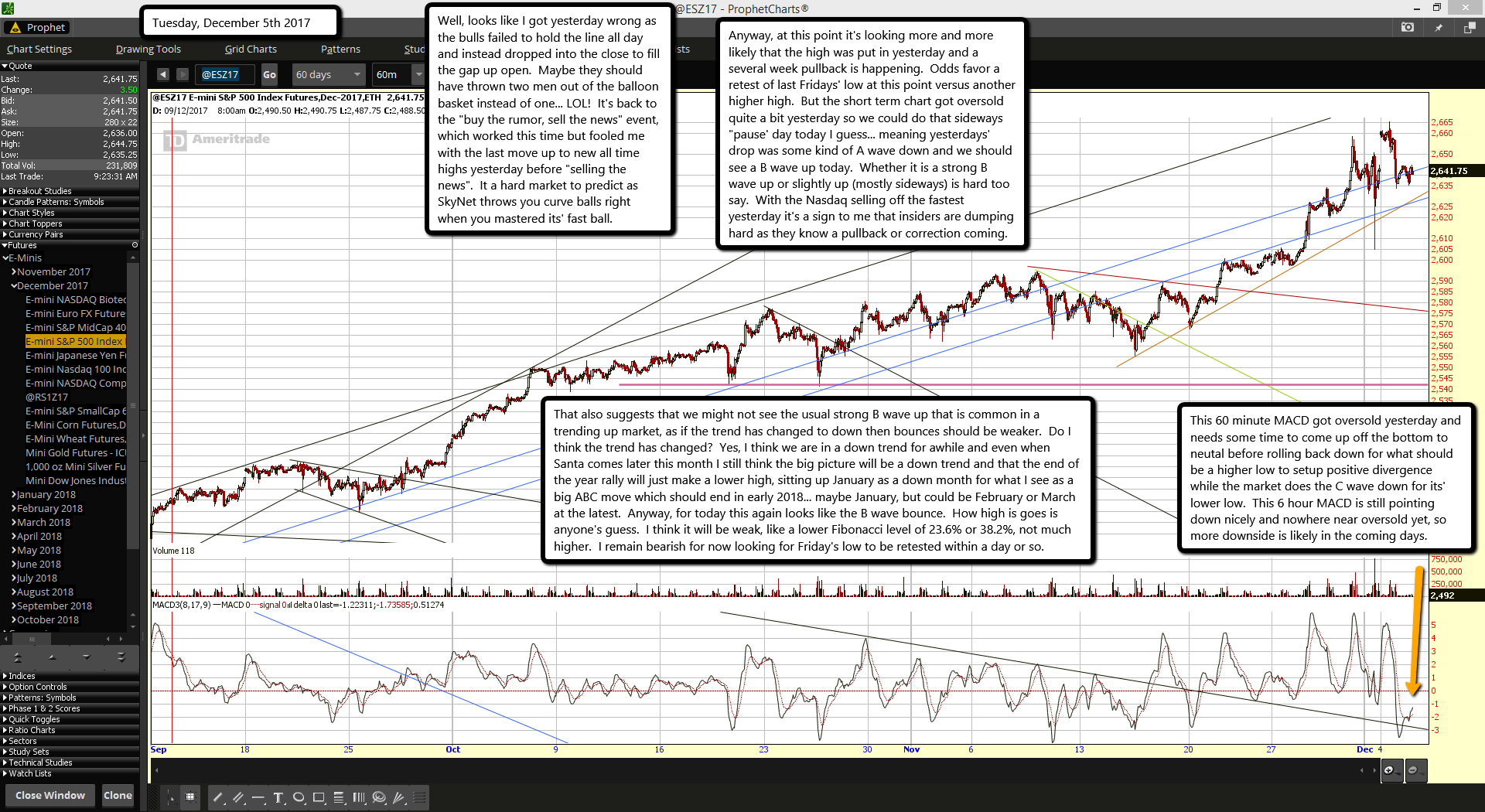 Well, looks like I got yesterday wrong as the bulls failed to hold the line all day and instead dropped into the close to fill the gap up open.  Maybe they should have thrown two men out of the balloon basket instead of one... LOL!  It's back to the "buy the rumor, sell the news" event, which worked this time but fooled me with the last move up to new all time highs yesterday before "selling the news".  It a hard market to predict as SkyNet throws you curve balls right when you mastered its' fast ball.

Anyway, at this point it's looking more and more likely that the high was put in yesterday and a several week pullback is happening.  Odds favor a retest of last Fridays' low at this point versus another higher high.  But the short term chart got oversold quite a bit yesterday so we could do that sideways "pause' day today I guess... meaning yesterdays' drop was some kind of A wave down and we should see a B wave up today.  Whether it is a strong B wave up or slightly up (mostly sideways) is hard too say.  With the Nasdaq selling off the fastest yesterday it's a sign to me that insiders are dumping hard as they know a pullback or correction coming.

That also suggests that we might not see the usual strong B wave up that is common in a trending up market, as if the trend has changed to down then bounces should be weaker.  Do I think the trend has changed?  Yes, I think we are in a down trend for awhile and even when Santa comes later this month I still think the big picture will be a down trend and that the end of the year rally will just make a lower high, sitting up January as a down month for what I see as a big ABC move which should end in early 2018... maybe January, but could be February or March at the latest.  Anyway, for today this again looks like the B wave bounce.  How high is goes is anyone's guess.  I think it will be weak, like a lower Fibonacci level of 23.6% or 38.2%, not much higher.  I remain bearish for now looking for Friday's low to be retested within a day or so.