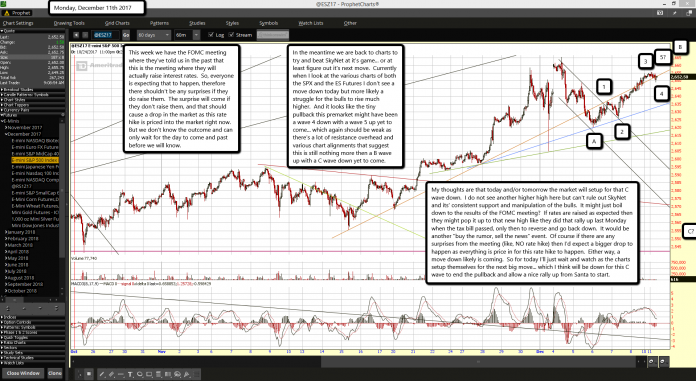 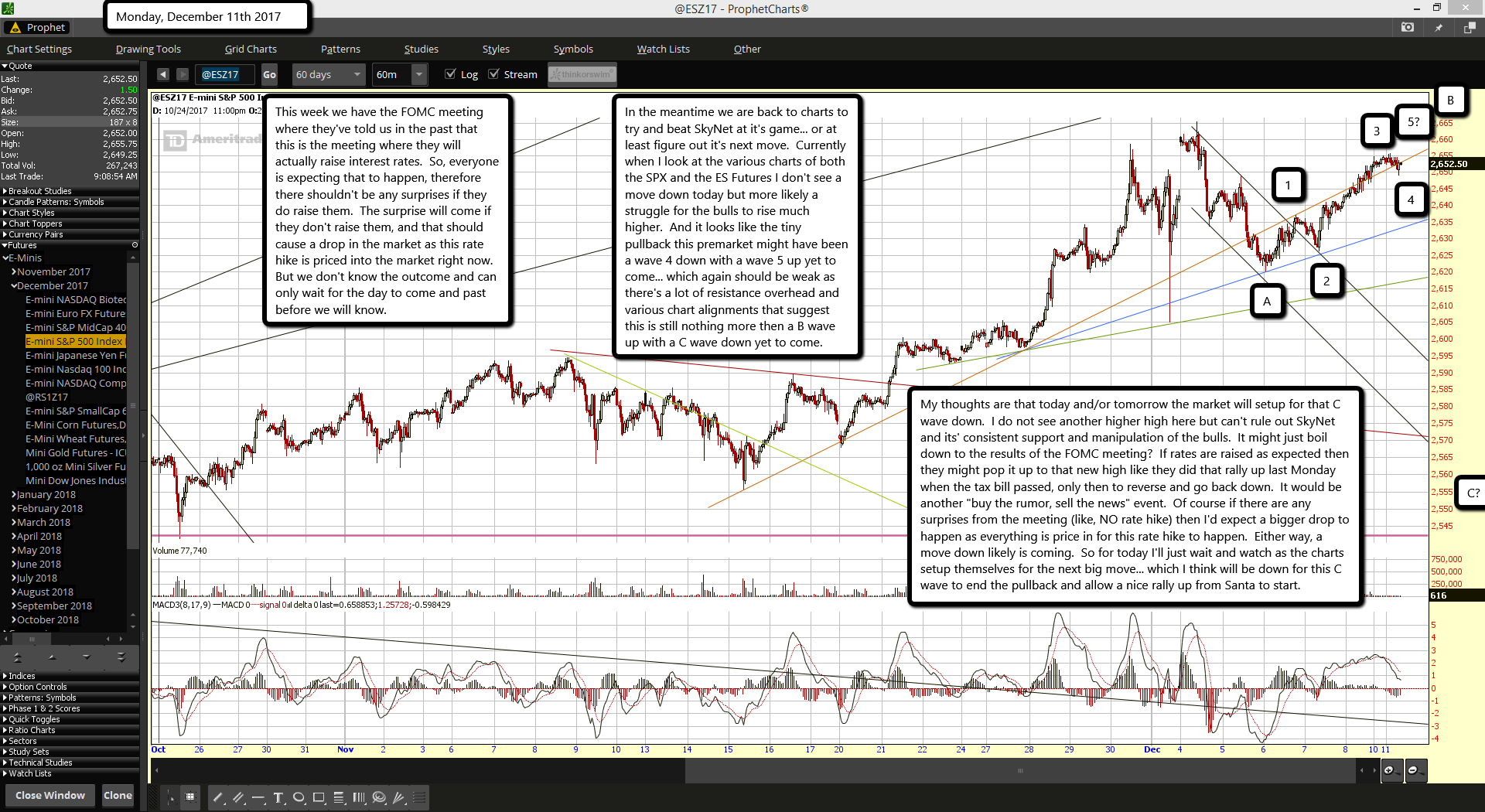 This week we have the FOMC meeting where they've told us in the past that this is the meeting where they will actually raise interest rates.  So, everyone is expecting that to happen, therefore there shouldn't be any surprises if they do raise them.  The surprise will come if they don't raise them, and that should cause a drop in the market as this rate hike is priced into the market right now.  But we don't know the outcome and can only wait for the day to come and past before we will know.

In the meantime we are back to charts to try and beat SkyNet at it's game... or at least figure out it's next move.  Currently when I look at the various charts of both the SPX and the ES Futures I don't see a move down today but more likely a struggle for the bulls to rise much higher.  And it looks like the tiny pullback this premarket might have been a wave 4 down with a wave 5 up yet to come... which again should be weak as there's a lot of resistance overhead and various chart alignments that suggest this is still nothing more then a B wave up with a C wave down yet to come.

My thoughts are that today and/or tomorrow the market will setup for that C wave down.  I do not see another higher high here but can't rule out SkyNet and its' consistent support and manipulation of the bulls.  It might just boil down to the results of the FOMC meeting?  If rates are raised as expected then they might pop it up to that new high like they did that rally up last Monday when the tax bill passed, only then to reverse and go back down.  It would be another "buy the rumor, sell the news" event.  Of course if there are any surprises from the meeting (like, NO rate hike) then I'd expect a bigger drop to happen as everything is price in for this rate hike to happen.  Either way, a move down likely is coming.  So for today I'll just wait and watch as the charts setup themselves for the next big move... which I think will be down for this C wave to end the pullback and allow a nice rally up from Santa to start.