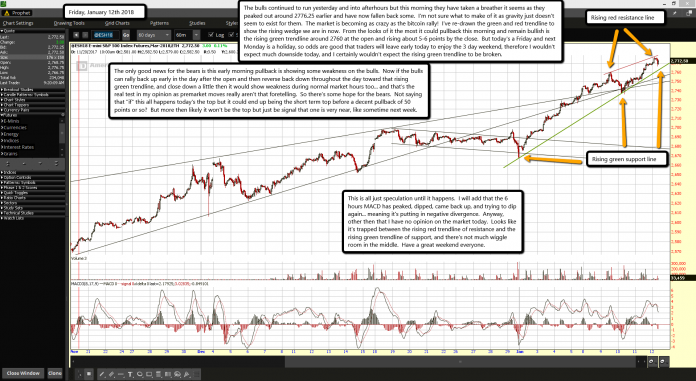 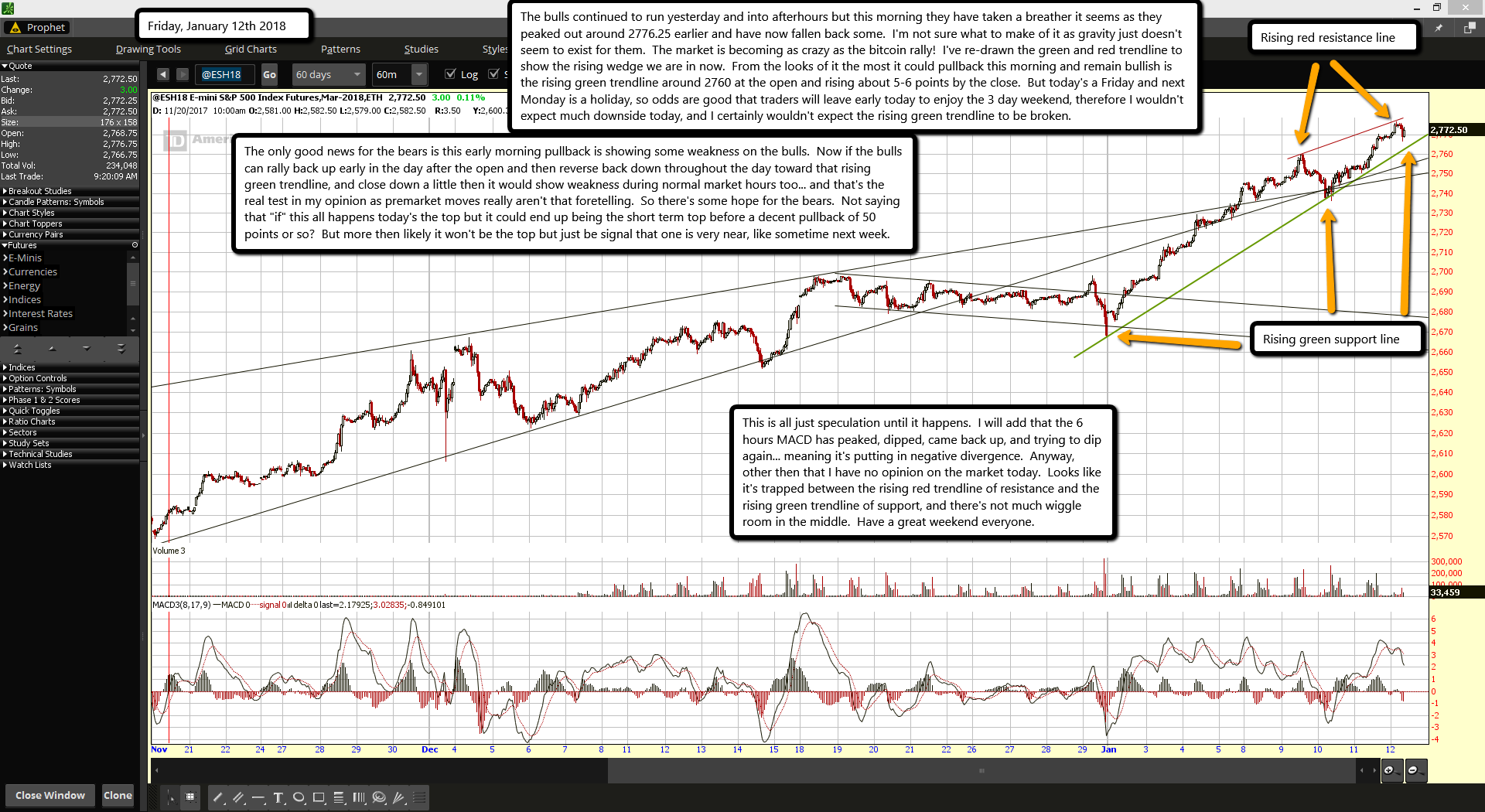 The bulls continued to run yesterday and into afterhours but this morning they have taken a breather it seems as they peaked out around 2776.25 earlier and have now fallen back some.  I'm not sure what to make of it as gravity just doesn't seem to exist for them.  The market is becoming as crazy as the bitcoin rally!  I've re-drawn the green and red trendline to show the rising wedge we are in now.  From the looks of it the most it could pullback this morning and remain bullish is the rising green trendline around 2760 at the open and rising about 5-6 points by the close.  But today's a Friday and next Monday is a holiday, so odds are good that traders will leave early today to enjoy the 3 day weekend, therefore I wouldn't expect much downside today, and I certainly wouldn't expect the rising green trendline to be broken.

The only good news for the bears is this early morning pullback is showing some weakness on the bulls.  Now if the bulls can rally back up early in the day after the open and then reverse back down throughout the day toward that rising green trendline, and close down a little then it would show weakness during normal market hours too... and that's the real test in my opinion as premarket moves really aren't that foretelling.  So there's some hope for the bears.  Not saying that "if" this all happens today's the top but it could end up being the short term top before a decent pullback of 50 points or so?  But more then likely it won't be the top but just be signal that one is very near, like sometime next week.

This is all just speculation until it happens.  I will add that the 6 hours MACD has peaked, dipped, came back up, and trying to dip again... meaning it's putting in negative divergence.  Anyway, other then that I have no opinion on the market today.  Looks like it's trapped between the rising red trendline of resistance and the rising green trendline of support, and there's not much wiggle room in the middle.  Have a great weekend everyone.