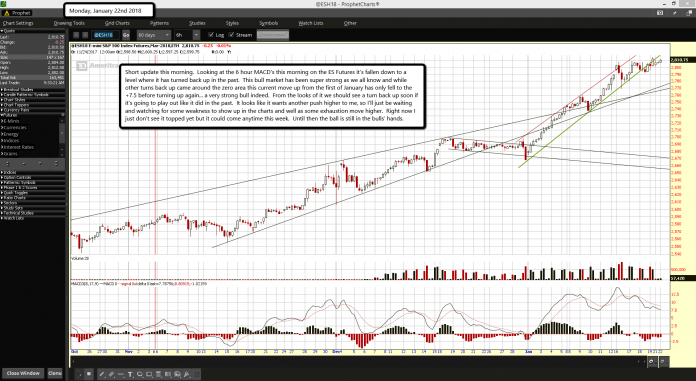 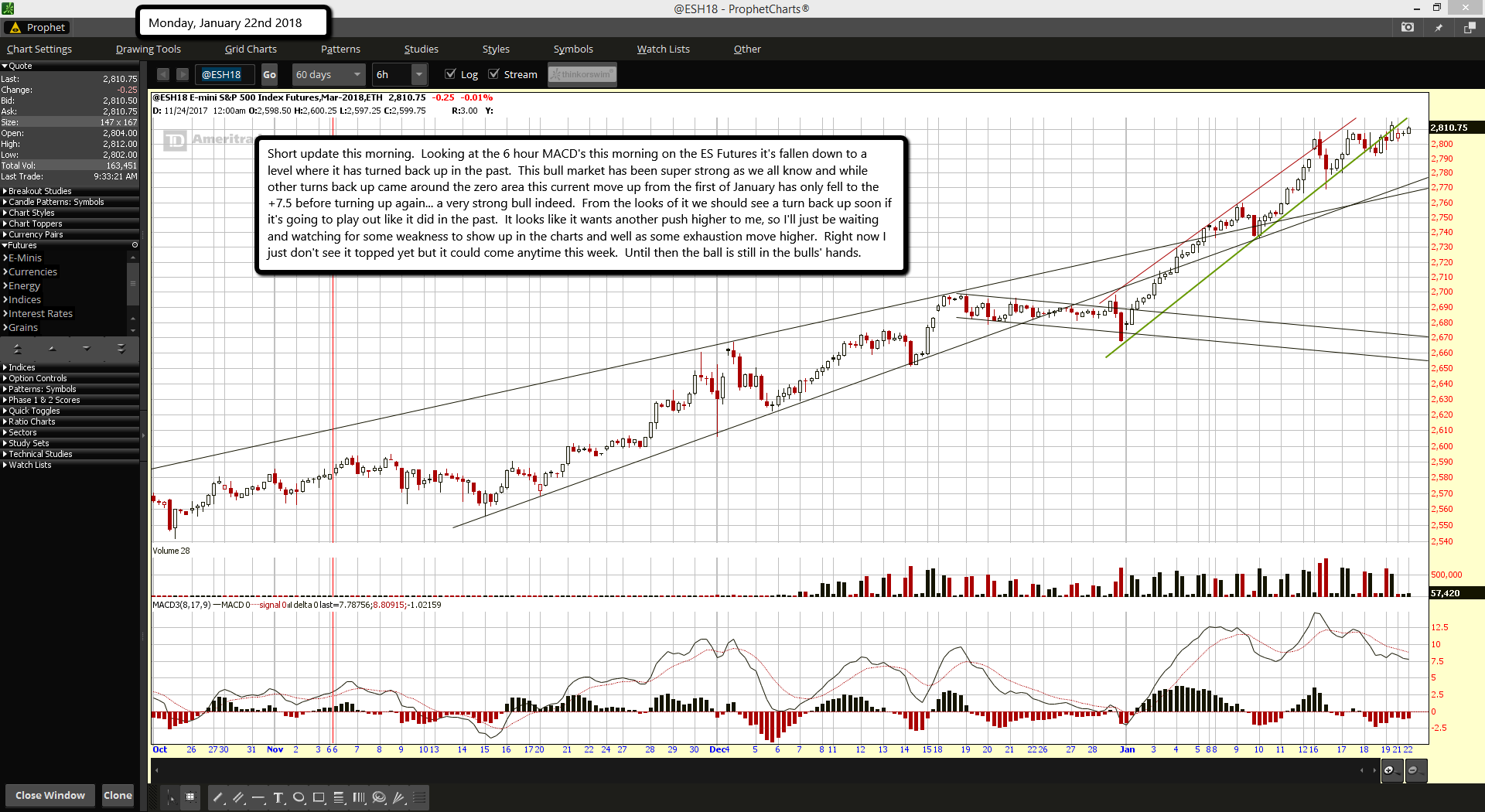 Short update this morning.  Looking at the 6 hour MACD's this morning on the ES Futures it's fallen down to a level where it has turned back up in the past.  This bull market has been super strong as we all know and while other turns back up came around the zero area this current move up from the first of January has only fell to the +7.5 before turning up again... a very strong bull indeed.  From the looks of it we should see a turn back up soon if it's going to play out like it did in the past.  It looks like it wants another push higher to me, so I'll just be waiting and watching for some weakness to show up in the charts and well as some exhaustion move higher.  Right now I just don't see it topped yet but it could come anytime this week.  Until then the ball is still in the bulls' hands.