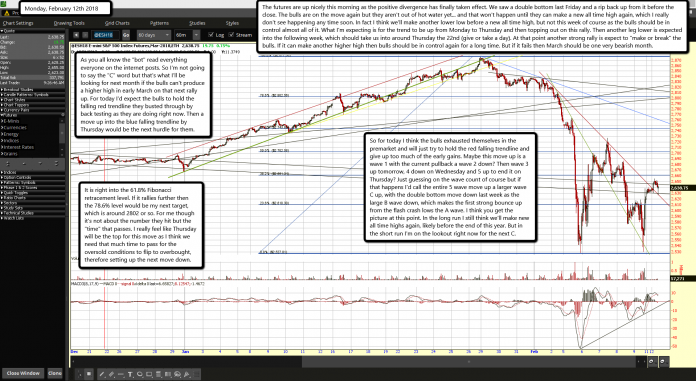 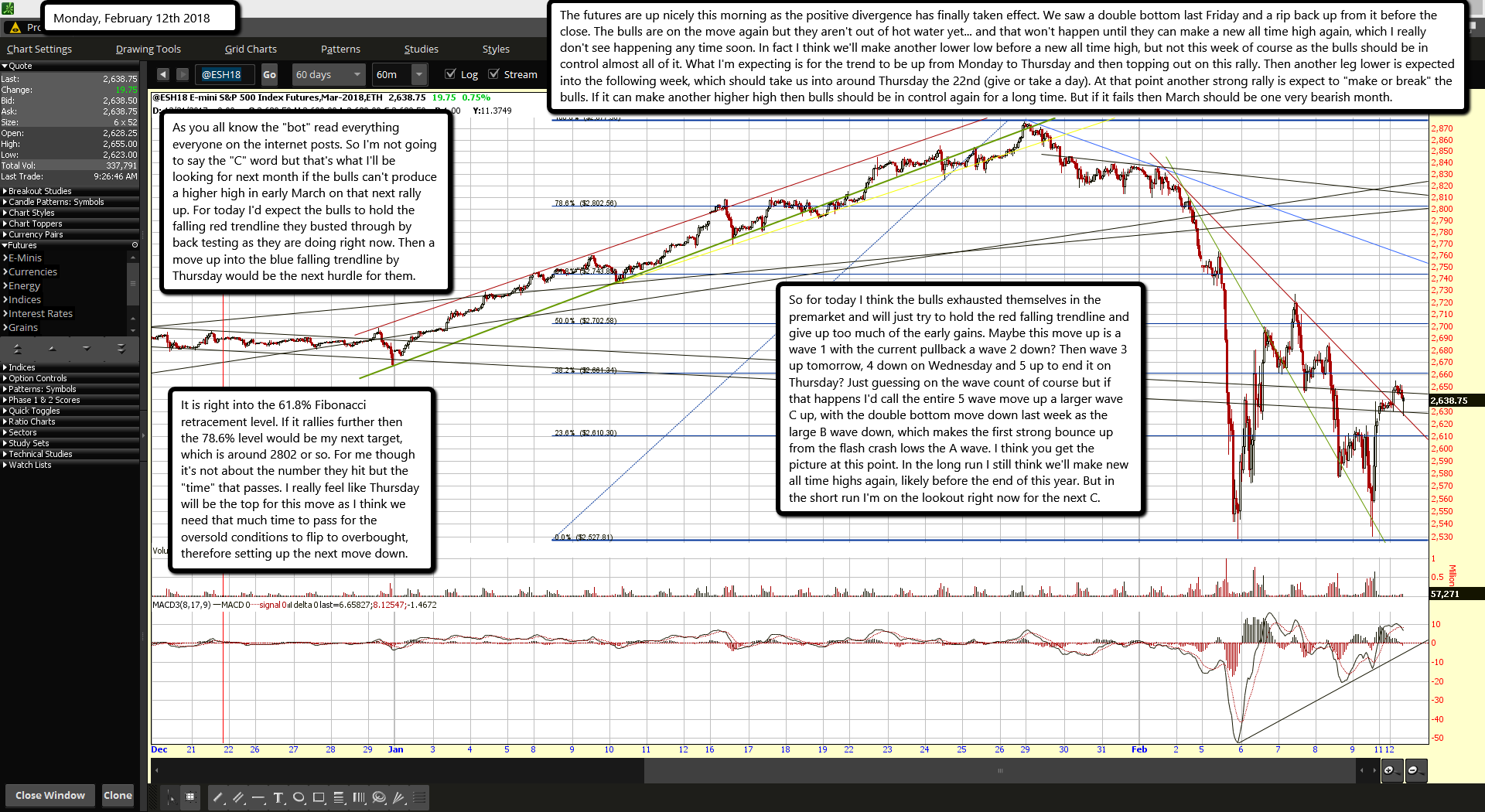 The futures are up nicely this morning as the positive divergence has finally taken effect. We saw a double bottom last Friday and a rip back up from it before the close. The bulls are on the move again but they aren't out of hot water yet... and that won't happen until they can make a new all time high again, which I really don't see happening any time soon. In fact I think we'll make another lower low before a new all time high, but not this week of course as the bulls should be in control almost all of it. What I'm expecting is for the trend to be up from Monday to Thursday and then topping out on this rally. Then another leg lower is expected into the following week, which should take us into around Thursday the 22nd (give or take a day). At that point another strong rally is expect to "make or break" the bulls. If it can make another higher high then bulls should be in control again for a long time. But if it fails then March should be one very bearish month.

As you all know the "bot" read everything everyone on the internet posts. So I'm not going to say the "C" word but that's what I'll be looking for next month if the bulls can't produce a higher high in early March on that next rally up. For today I'd expect the bulls to hold the falling red trendline they busted through by back testing as they are doing right now. Then a move up into the blue falling trendline by Thursday would be the next hurdle for them.

It is right into the 61.8% Fibonacci retracement level. If it rallies further then the 78.6% level would be my next target, which is around 2802 or so. For me though it's not about the number they hit but the "time" that passes. I really feel like Thursday will be the top for this move as I think we need that much time to pass for the oversold conditions to flip to overbought, therefore setting up the next move down.

So for today I think the bulls exhausted themselves in the premarket and will just try to hold the red falling trendline and give up too much of the early gains. Maybe this move up is a wave 1 with the current pullback a wave 2 down? Then wave 3 up tomorrow, 4 down on Wednesday and 5 up to end it on Thursday? Just guessing on the wave count of course but if that happens I'd call the entire 5 wave move up a larger wave C up, with the double bottom move down last week as the large B wave down, which makes the first strong bounce up from the flash crash lows the A wave. I think you get the picture at this point. In the long run I still think we'll make new all time highs again, likely before the end of this year. But in the short run I'm on the lookout right now for the next C.