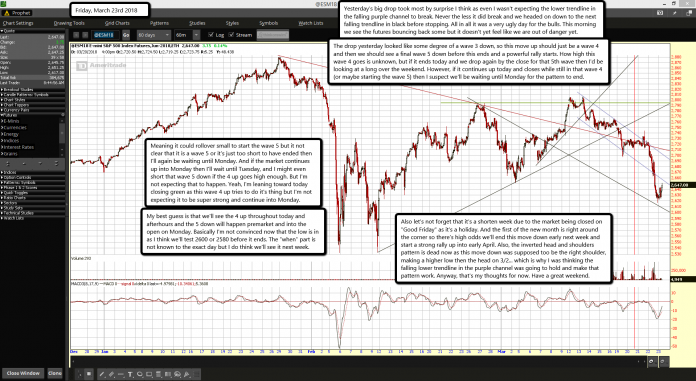 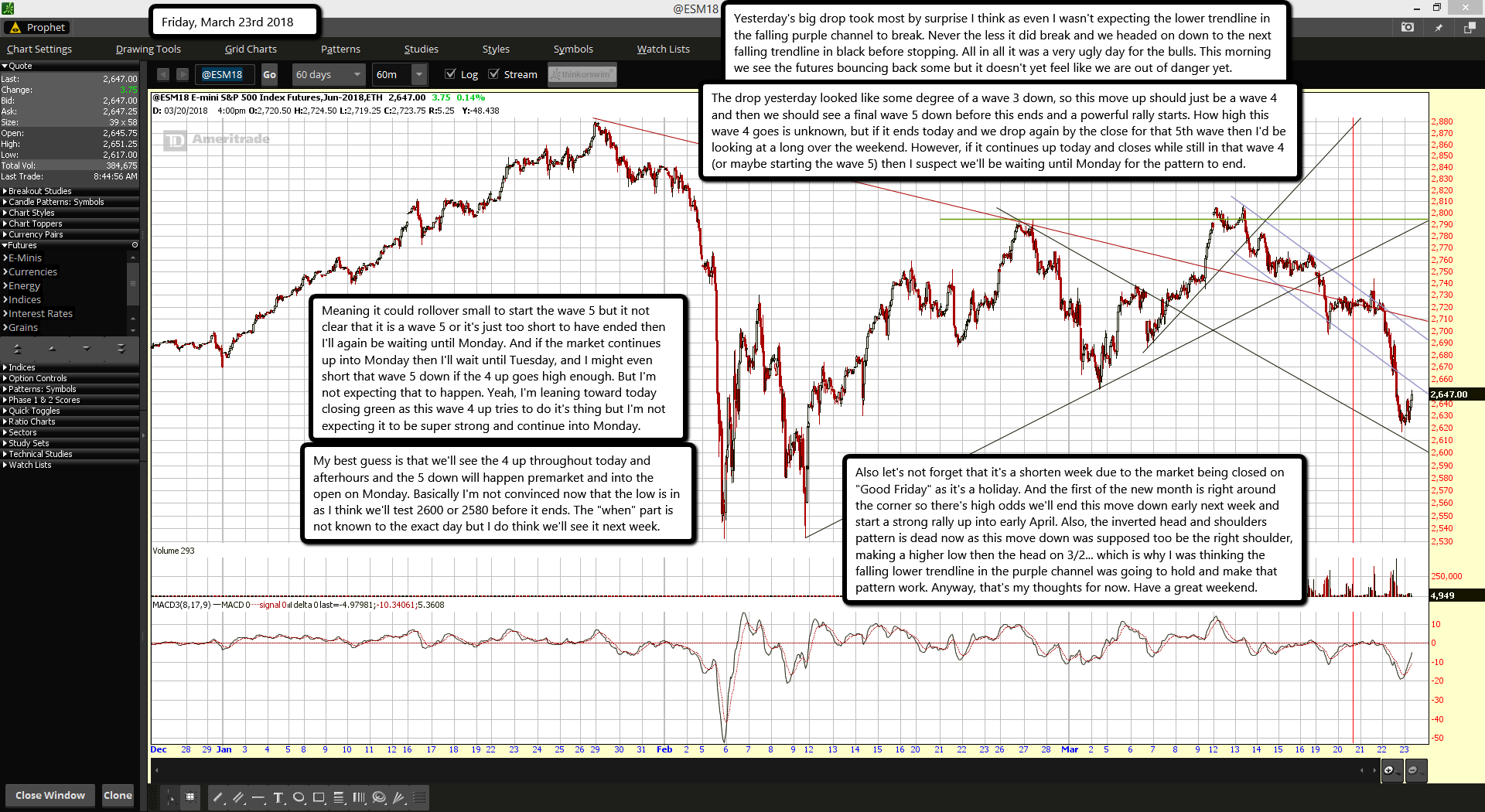 Yesterday's big drop took most by surprise I think as even I wasn't expecting the lower trendline in the falling purple channel to break. Never the less it did break and we headed on down to the next falling trendline in black before stopping. All in all it was a very ugly day for the bulls. This morning we see the futures bouncing back some but it doesn't yet feel like we are out of danger yet.

The drop yesterday looked like some degree of a wave 3 down, so this move up should just be a wave 4 and then we should see a final wave 5 down before this ends and a powerful rally starts. How high this wave 4 goes is unknown, but if it ends today and we drop again by the close for that 5th wave then I'd be looking at a long over the weekend. However, if it continues up today and closes while still in that wave 4 (or maybe starting the wave 5) then I suspect we'll be waiting until Monday for the pattern to end.

Meaning it could rollover small to start the wave 5 but it not clear that it is a wave 5 or it's just too short to have ended then I'll again be waiting until Monday. And if the market continues up into Monday then I'll wait until Tuesday, and I might even short that wave 5 down if the 4 up goes high enough. But I'm not expecting that to happen. Yeah, I'm leaning toward today closing green as this wave 4 up tries to do it's thing but I'm not expecting it to be super strong and continue into Monday.

My best guess is that we'll see the 4 up throughout today and afterhours and the 5 down will happen premarket and into the open on Monday. Basically I'm not convinced now that the low is in as I think we'll test 2600 or 2580 before it ends. The "when" part is not known to the exact day but I do think we'll see it next week.

Also let's not forget that it's a shorten week due to the market being closed on "Good Friday" as it's a holiday. And the first of the new month is right around the corner so there's high odds we'll end this move down early next week and start a strong rally up into early April. Also, the inverted head and shoulders pattern is dead now as this move down was supposed too be the right shoulder, making a higher low then the head on 3/2... which is why I was thinking the falling lower trendline in the purple channel was going to hold and make that pattern work. Anyway, that's my thoughts for now. Have a great weekend.