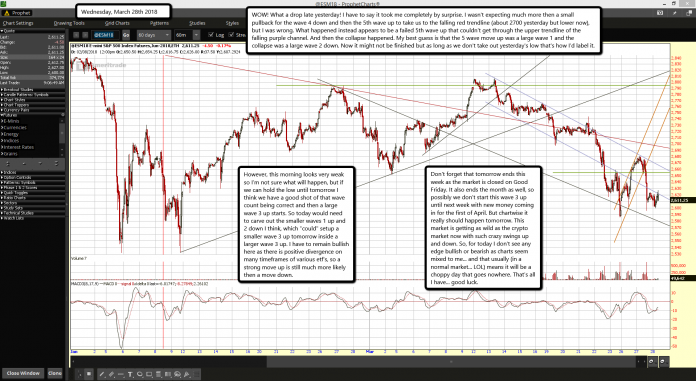 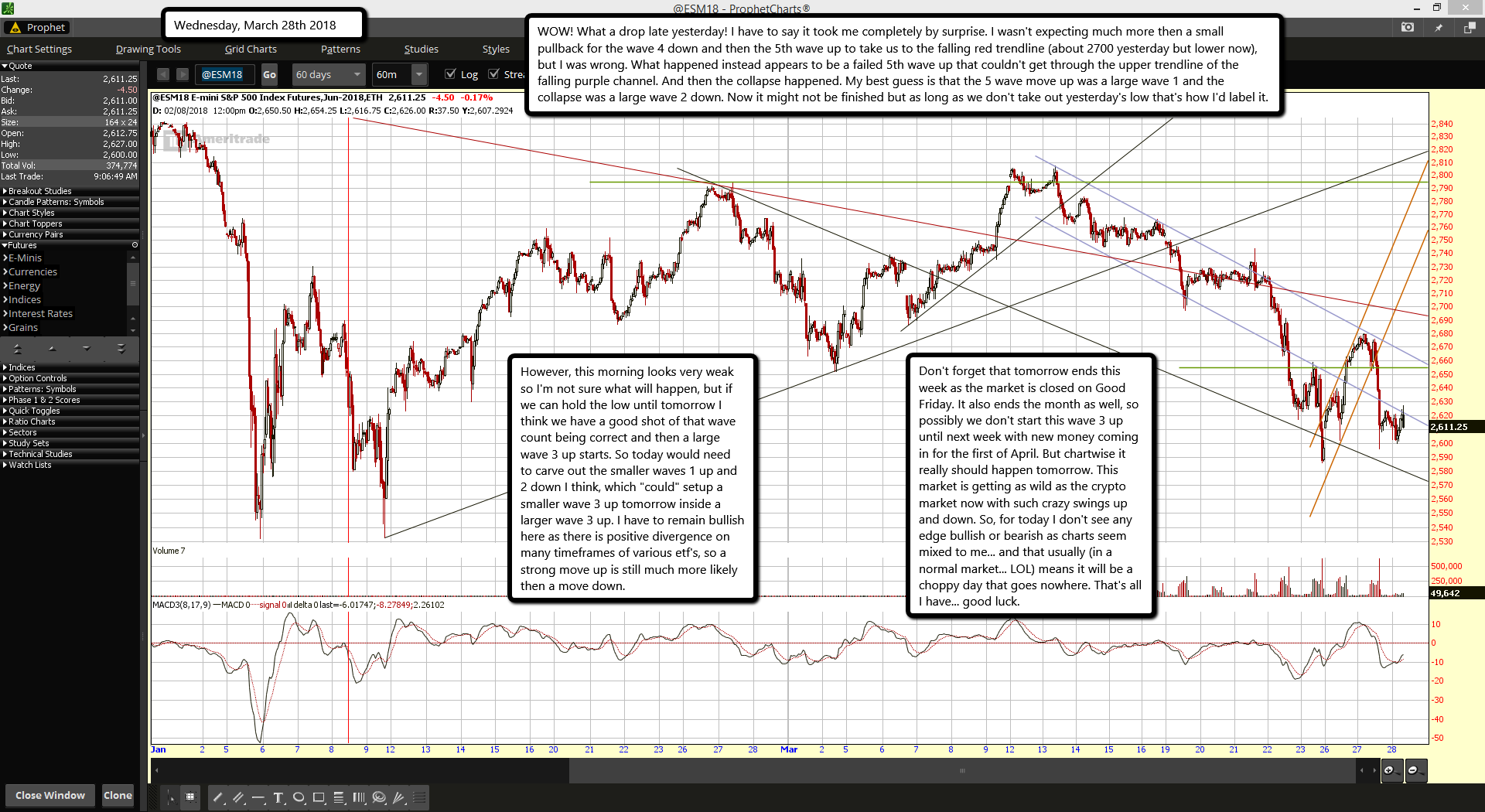 WOW! What a drop late yesterday! I have to say it took me completely by surprise. I wasn't expecting much more then a small pullback for the wave 4 down and then the 5th wave up to take us to the falling red trendline (about 2700 yesterday but lower now), but I was wrong. What happened instead appears to be a failed 5th wave up that couldn't get through the upper trendline of the falling purple channel. And then the collapse happened. My best guess is that the 5 wave move up was a large wave 1 and the collapse was a large wave 2 down. Now it might not be finished but as long as we don't take out yesterday's low that's how I'd label it.

However, this morning looks very weak so I'm not sure what will happen, but if we can hold the low until tomorrow I think we have a good shot of that wave count being correct and then a large wave 3 up starts. So today would need to carve out the smaller waves 1 up and 2 down I think, which "could" setup a smaller wave 3 up tomorrow inside a larger wave 3 up. I have to remain bullish here as there is positive divergence on many timeframes of various etf's, so a strong move up is still much more likely then a move down.

Don't forget that tomorrow ends this week as the market is closed on Good Friday. It also ends the month as well, so possibly we don't start this wave 3 up until next week with new money coming in for the first of April. But chartwise it really should happen tomorrow. This market is getting as wild as the crypto market now with such crazy swings up and down. So, for today I don't see any edge bullish or bearish as charts seem mixed to me... and that usually (in a normal market... LOL) means it will be a choppy day that goes nowhere. That's all I have... good luck.