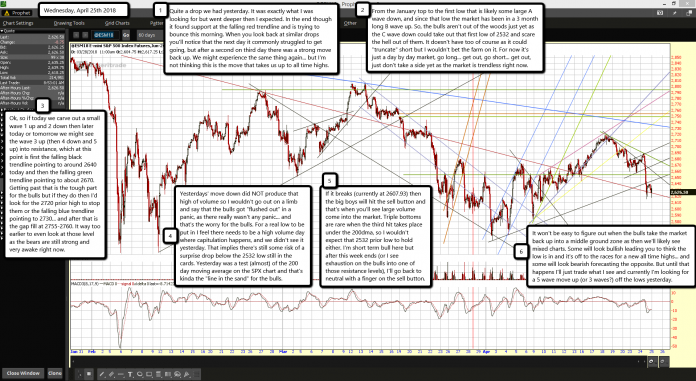 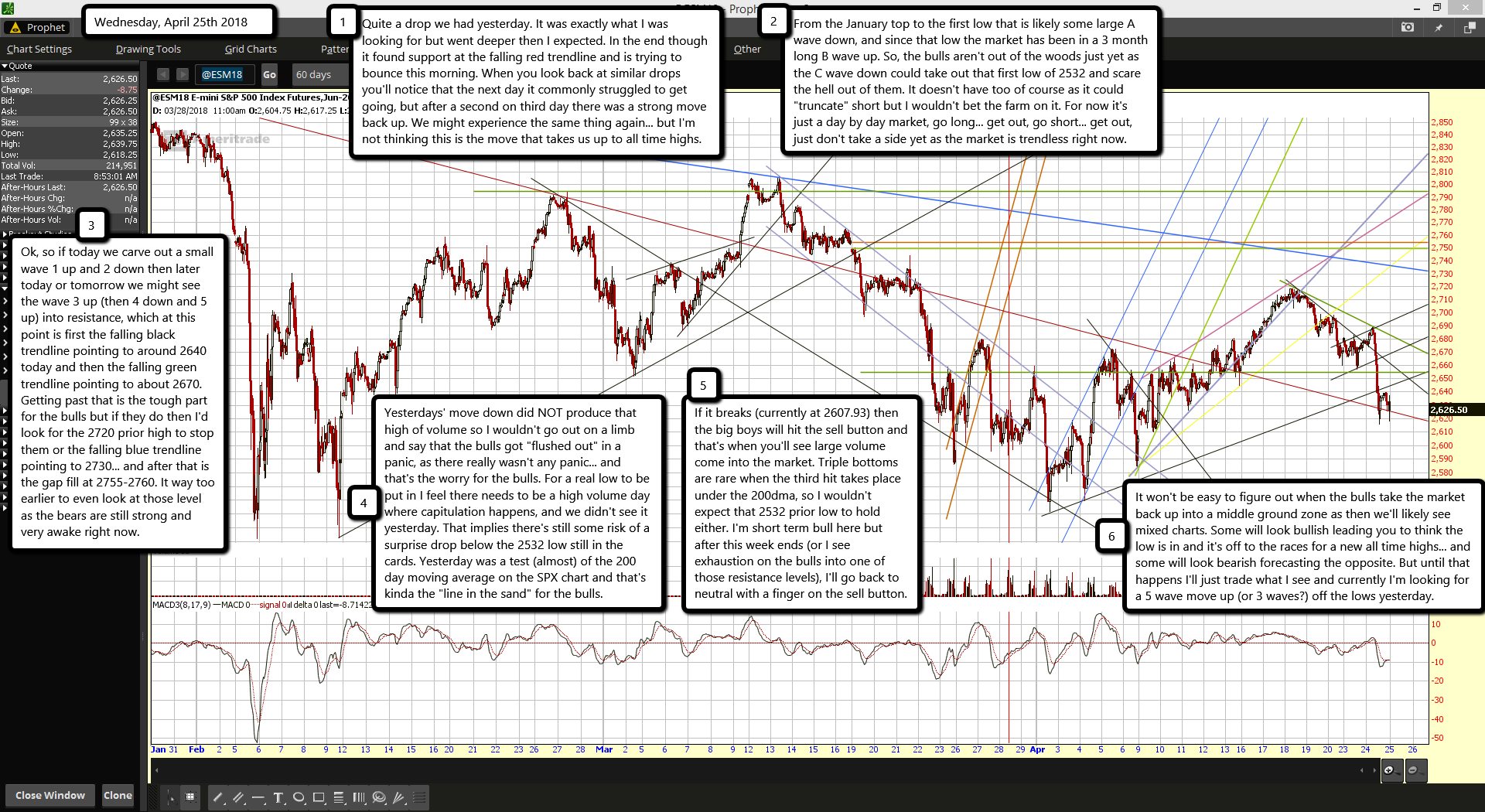 Quite a drop we had yesterday. It was exactly what I was looking for but went deeper then I expected. In the end though it found support at the falling red trendline and is trying to bounce this morning. When you look back at similar drops you'll notice that the next day it commonly struggled to get going, but after a second on third day there was a strong move back up. We might experience the same thing again... but I'm not thinking this is the move that takes us up to all time highs.

From the January top to the first low that is likely some large A wave down, and since that low the market has been in a 3 month long B wave up. So, the bulls aren't out of the woods just yet as the C wave down could take out that first low of 2532 and scare the hell out of them. It doesn't have too of course as it could "truncate" short but I wouldn't bet the farm on it. For now it's just a day by day market, go long... get out, go short... get out, just don't take a side yet as the market is trendless right now.

Yesterdays' move down did NOT produce that high of volume so I wouldn't go out on a limb and say that the bulls got "flushed out" in a panic, as there really wasn't any panic... and that's the worry for the bulls. For a real low to be put in I feel there needs to be a high volume day where capitulation happens, and we didn't see it yesterday. That implies there's still some risk of a surprise drop below the 2532 low still in the cards. Yesterday was a test (almost) of the 200 day moving average on the SPX chart and that's kinda the "line in the sand" for the bulls.

If it breaks (currently at 2607.93) then the big boys will hit the sell button and that's when you'll see large volume come into the market. Triple bottoms are rare when the third hit takes place under the 200dma, so I wouldn't expect that 2532 prior low to hold either. I'm short term bull here but after this week ends (or I see exhaustion on the bulls into one of those resistance levels), I'll go back to neutral with a finger on the sell button.

It won't be easy to figure out when the bulls take the market back up into a middle ground zone as then we'll likely see mixed charts. Some will look bullish leading you to think the low is in and it's off to the races for a new all time highs... and some will look bearish forecasting the opposite. But until that happens I'll just trade what I see and currently I'm looking for a 5 wave move up (or 3 waves?) off the lows yesterday.