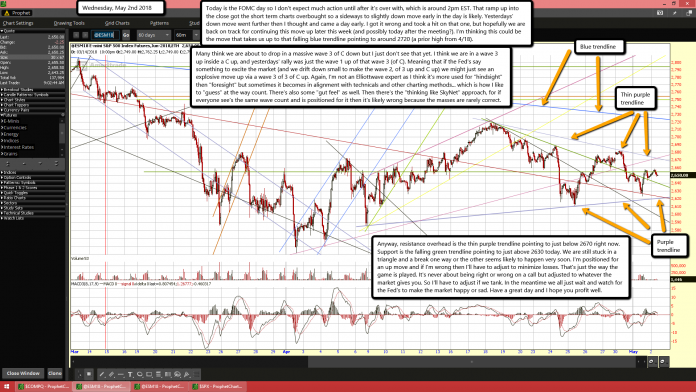 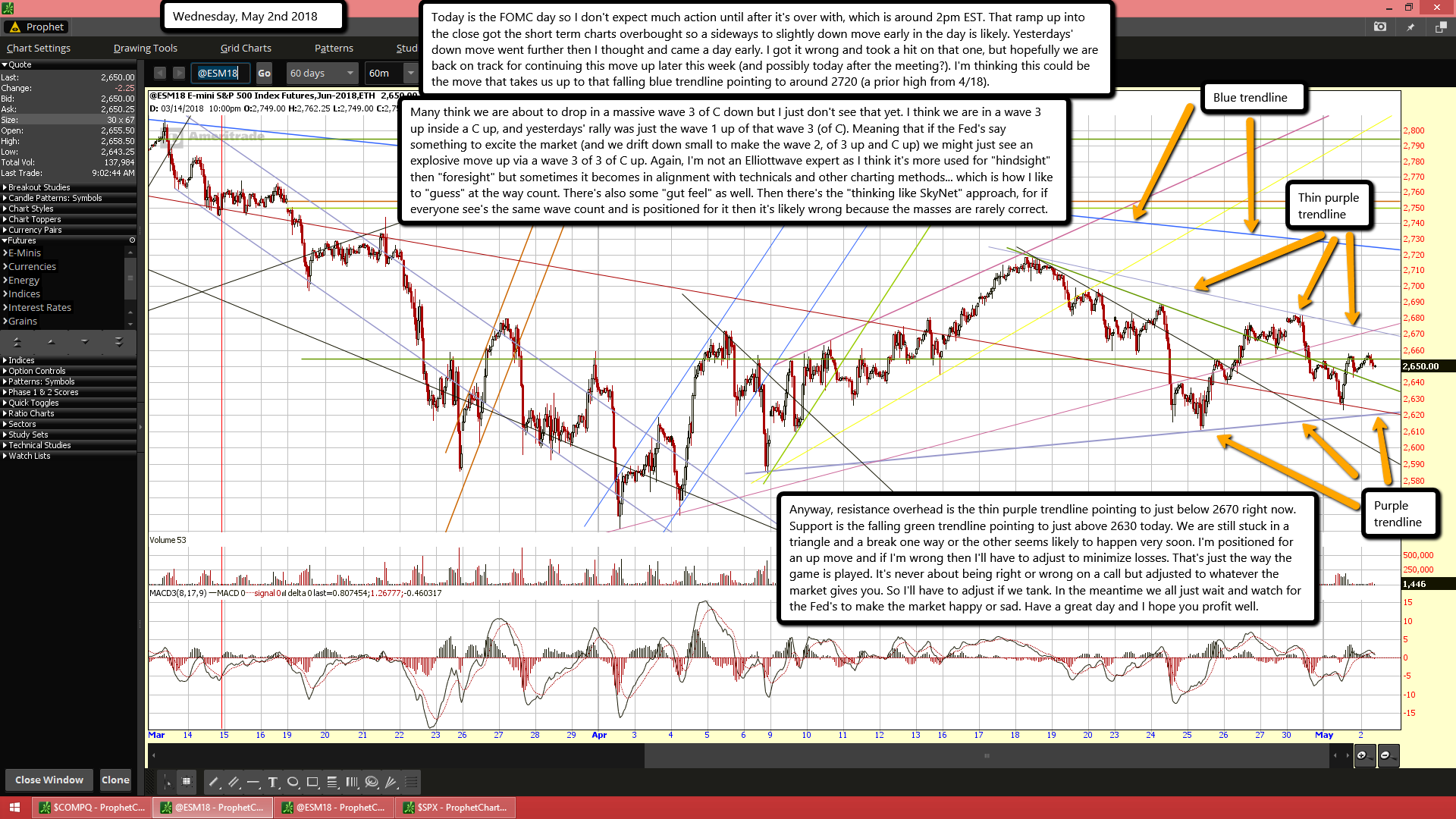 Today is the FOMC day so I don't expect much action until after it's over with, which is around 2pm EST. That ramp up into the close got the short term charts overbought so a sideways to slightly down move early in the day is likely. Yesterdays' down move went further then I thought and came a day early. I got it wrong and took a hit on that one, but hopefully we are back on track for continuing this move up later this week (and possibly today after the meeting?). I'm thinking this could be the move that takes us up to that falling blue trendline pointing to around 2720 (a prior high from 4/18).

Many think we are about to drop in a massive wave 3 of C down but I just don't see that yet. I think we are in a wave 3 up inside a C up, and yesterdays' rally was just the wave 1 up of that wave 3 (of C). Meaning that if the Fed's say something to excite the market (and we drift down small to make the wave 2, of 3 up and C up) we might just see an explosive move up via a wave 3 of 3 of C up. Again, I'm not an Elliottwave expert as I think it's more used for "hindsight" then "foresight" but sometimes it becomes in alignment with technicals and other charting methods... which is how I like to "guess" at the way count. There's also some "gut feel" as well. Then there's the "thinking like SkyNet" approach, for if everyone see's the same wave count and is positioned for it then it's likely wrong because the masses are rarely correct.

Anyway, resistance overhead is the thin purple trendline pointing to just below 2670 right now. Support is the falling green trendline pointing to just above 2630 today. We are still stuck in a triangle and a break one way or the other seems likely to happen very soon. I'm positioned for an up move and if I'm wrong then I'll have to adjust to minimize losses. That's just the way the game is played. It's never about being right or wrong on a call but adjusted to whatever the market gives you. So I'll have to adjust if we tank. In the meantime we all just wait and watch for the Fed's to make the market happy or sad. Have a great day and I hope you profit well.