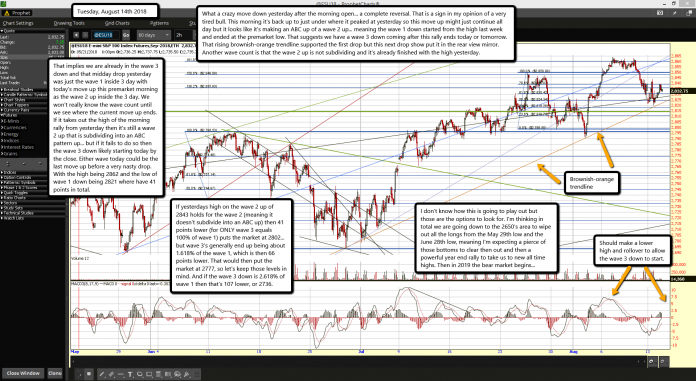 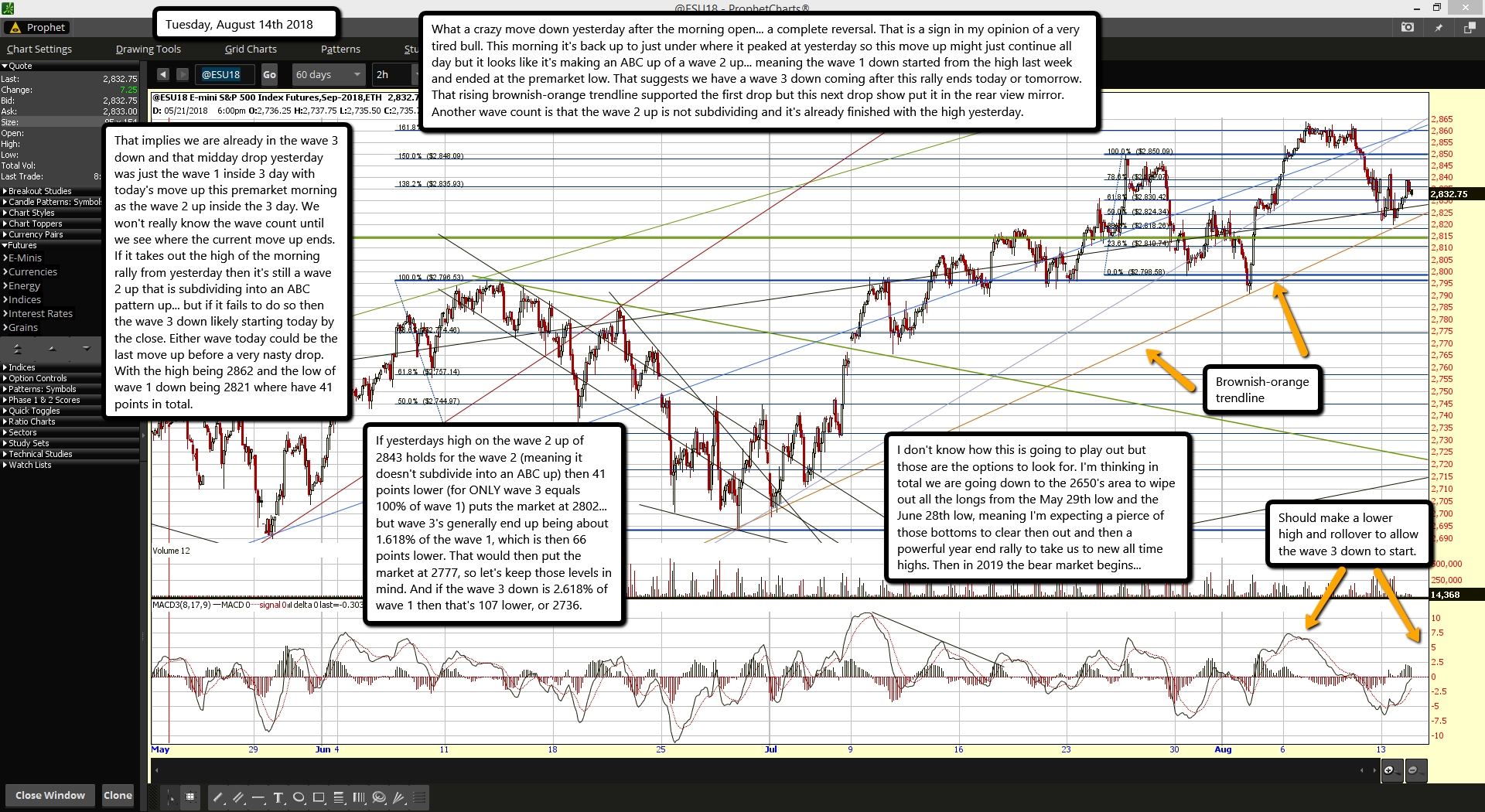 What a crazy move down yesterday after the morning open... a complete reversal. That is a sign in my opinion of a very tired bull. This morning it's back up to just under where it peaked at yesterday so this move up might just continue all day but it looks like it's making an ABC up of a wave 2 up... meaning the wave 1 down started from the high last week and ended at the premarket low. That suggests we have a wave 3 down coming after this rally ends today or tomorrow. That rising brownish-orange trendline supported the first drop but this next drop show put it in the rear view mirror. Another wave count is that the wave 2 up is not subdividing and it's already finished with the high yesterday.

That implies we are already in the wave 3 down and that midday drop yesterday was just the wave 1 inside 3 day with today's move up this premarket morning as the wave 2 up inside the 3 day. We won't really know the wave count until we see where the current move up ends. If it takes out the high of the morning rally from yesterday then it's still a wave 2 up that is subdividing into an ABC pattern up... but if it fails to do so then the wave 3 down likely starting today by the close. Either wave today could be the last move up before a very nasty drop. With the high being 2862 and the low of wave 1 down being 2821 where have 41 points in total.

I don't know how this is going to play out but those are the options to look for. I'm thinking in total we are going down to the 2650's area to wipe out all the longs from the May 29th low and the June 28th low, meaning I'm expecting a pierce of those bottoms to clear then out and then a powerful year end rally to take us to new all time highs. Then in 2019 the bear market begins...