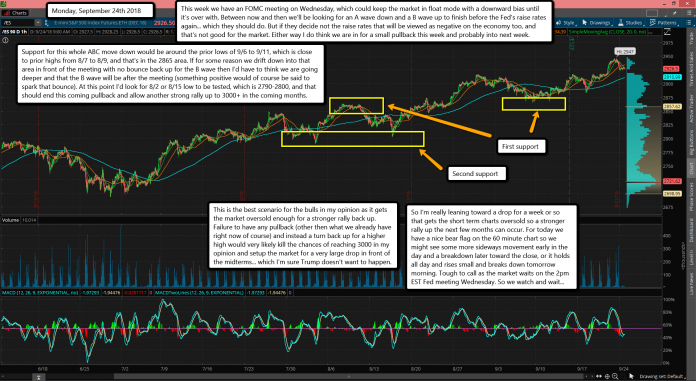 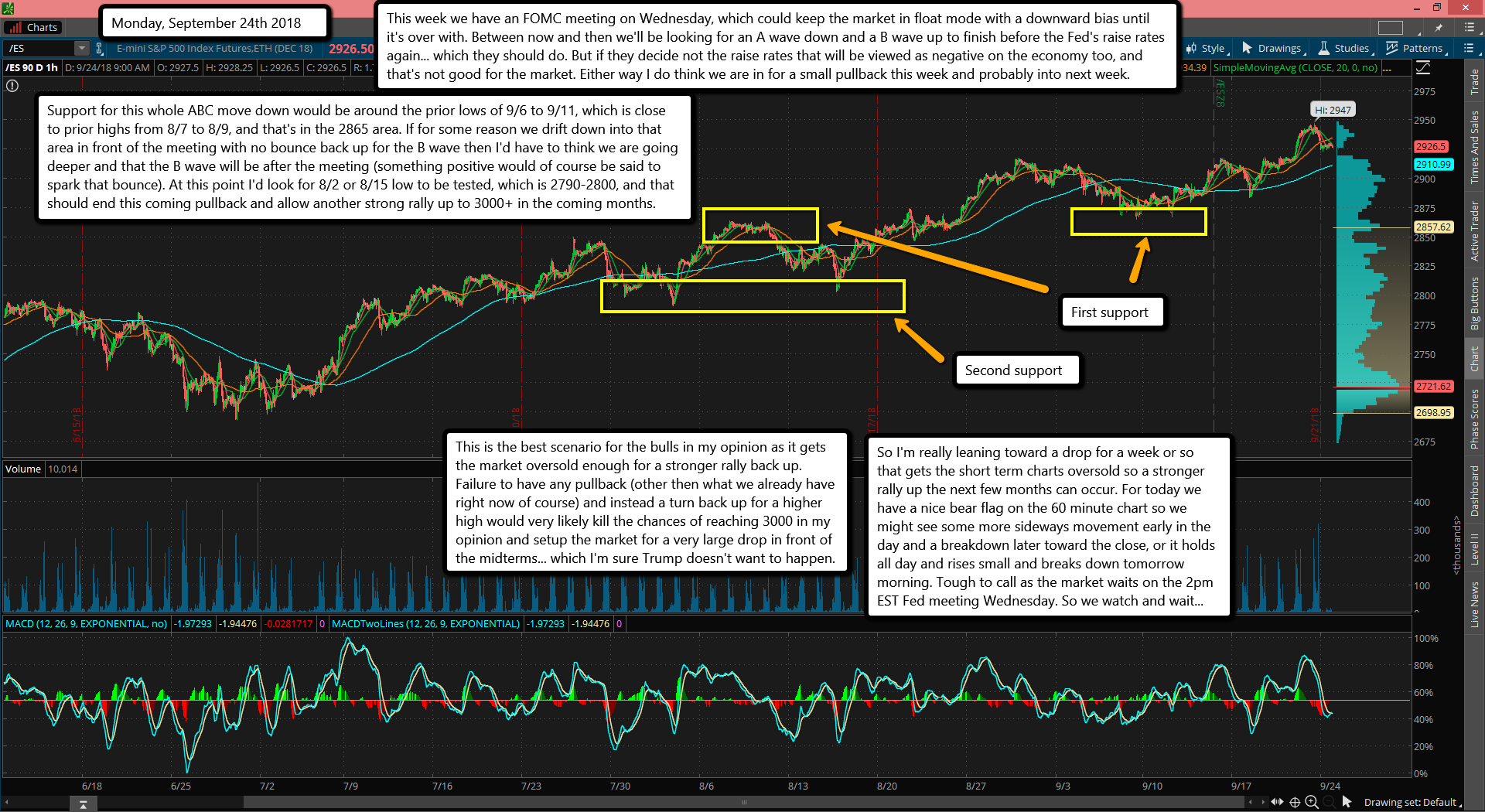 This week we have an FOMC meeting on Wednesday, which could keep the market in float mode with a downward bias until it's over with. Between now and then we'll be looking for an A wave down and a B wave up to finish before the Fed's raise rates again... which they should do. But if they decide not the raise rates that will be viewed as negative on the economy too, and that's not good for the market. Either way I do think we are in for a small pullback this week and probably into next week.

Support for this whole ABC move down would be around the prior lows of 9/6 to 9/11, which is close to prior highs from 8/7 to 8/9, and that's in the 2865 area. If for some reason we drift down into that area in front of the meeting with no bounce back up for the B wave then I'd have to think we are going deeper and that the B wave will be after the meeting (something positive would of course be said to spark that bounce). At this point I'd look for 8/2 or 8/15 low to be tested, which is 2790-2800, and that should end this coming pullback and allow another strong rally up to 3000+ in the coming months.

This is the best scenario for the bulls in my opinion as it gets the market oversold enough for a stronger rally back up. Failure to have any pullback (other then what we already have right now of course) and instead a turn back up for a higher high would very likely kill the chances of reaching 3000 in my opinion and setup the market for a very large drop in front of the midterms... which I'm sure Trump doesn't want to happen.

So I'm really leaning toward a drop for a week or so that gets the short term charts oversold so a stronger rally up the next few months can occur. For today we have a nice bear flag on the 60 minute chart so we might see some more sideways movement early in the day and a breakdown later toward the close, or it holds all day and rises small and breaks down tomorrow morning. Tough to call as the market waits on the 2pm EST Fed meeting Wednesday. So we watch and wait...