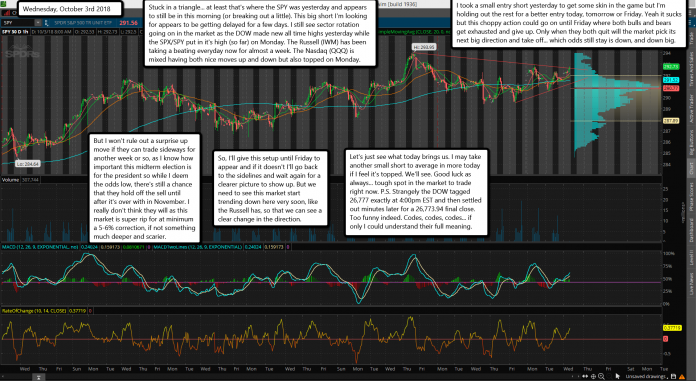 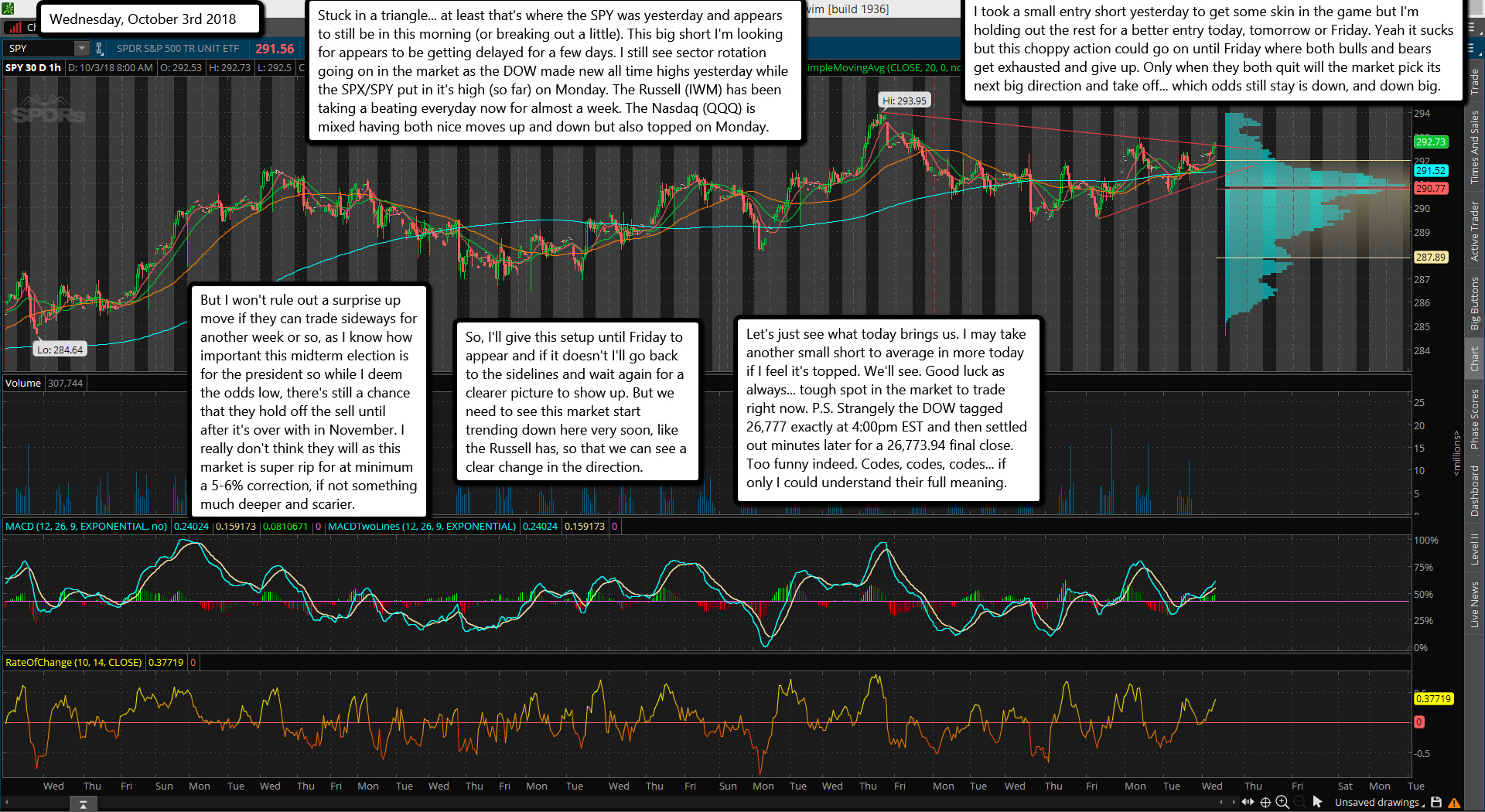 Stuck in a triangle... at least that's where the SPY was yesterday and appears to still be in this morning (or breaking out a little). This big short I'm looking for appears to be getting delayed for a few days. I still see sector rotation going on in the market as the DOW made new all time highs yesterday while the SPX/SPY put in it's high (so far) on Monday. The Russell (IWM) has been taking a beating everyday now for almost a week. The Nasdaq (QQQ) is mixed having both nice moves up and down but also topped on Monday.

I took a small entry short yesterday to get some skin in the game but I'm holding out the rest for a better entry today, tomorrow or Friday. Yeah it sucks but this choppy action could go on until Friday where both bulls and bears get exhausted and give up. Only when they both quit will the market pick its next big direction and take off... which odds still stay is down, and down big.

But I won't rule out a surprise up move if they can trade sideways for another week or so, as I know how important this midterm election is for the president so while I deem the odds low, there's still a chance that they hold off the sell until after it's over with in November. I really don't think they will as this market is super rip for at minimum a 5-6% correction, if not something much deeper and scarier.

So, I'll give this setup until Friday to appear and if it doesn't I'll go back to the sidelines and wait again for a clearer picture to show up. But we need to see this market start trending down here very soon, like the Russell has, so that we can see a clear change in the direction.

Let's just see what today brings us. I may take another small short to average in more today if I feel it's topped. We'll see. Good luck as always... tough spot in the market to trade right now. P.S. Strangely the DOW tagged 26,777 exactly at 4:00pm EST and then settled out minutes later for a 26,773.94 final close. Too funny indeed. Codes, codes, codes... if only I could understand their full meaning. 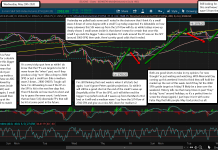