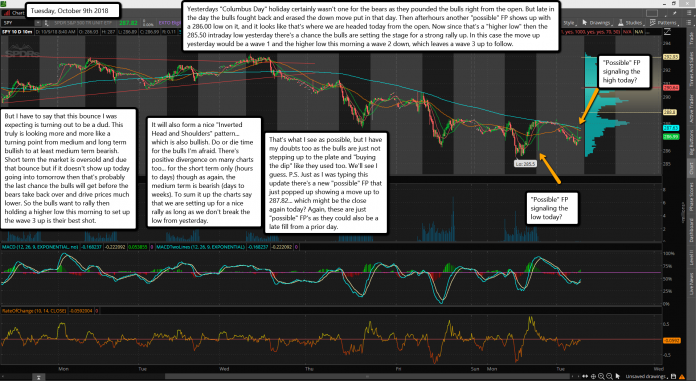 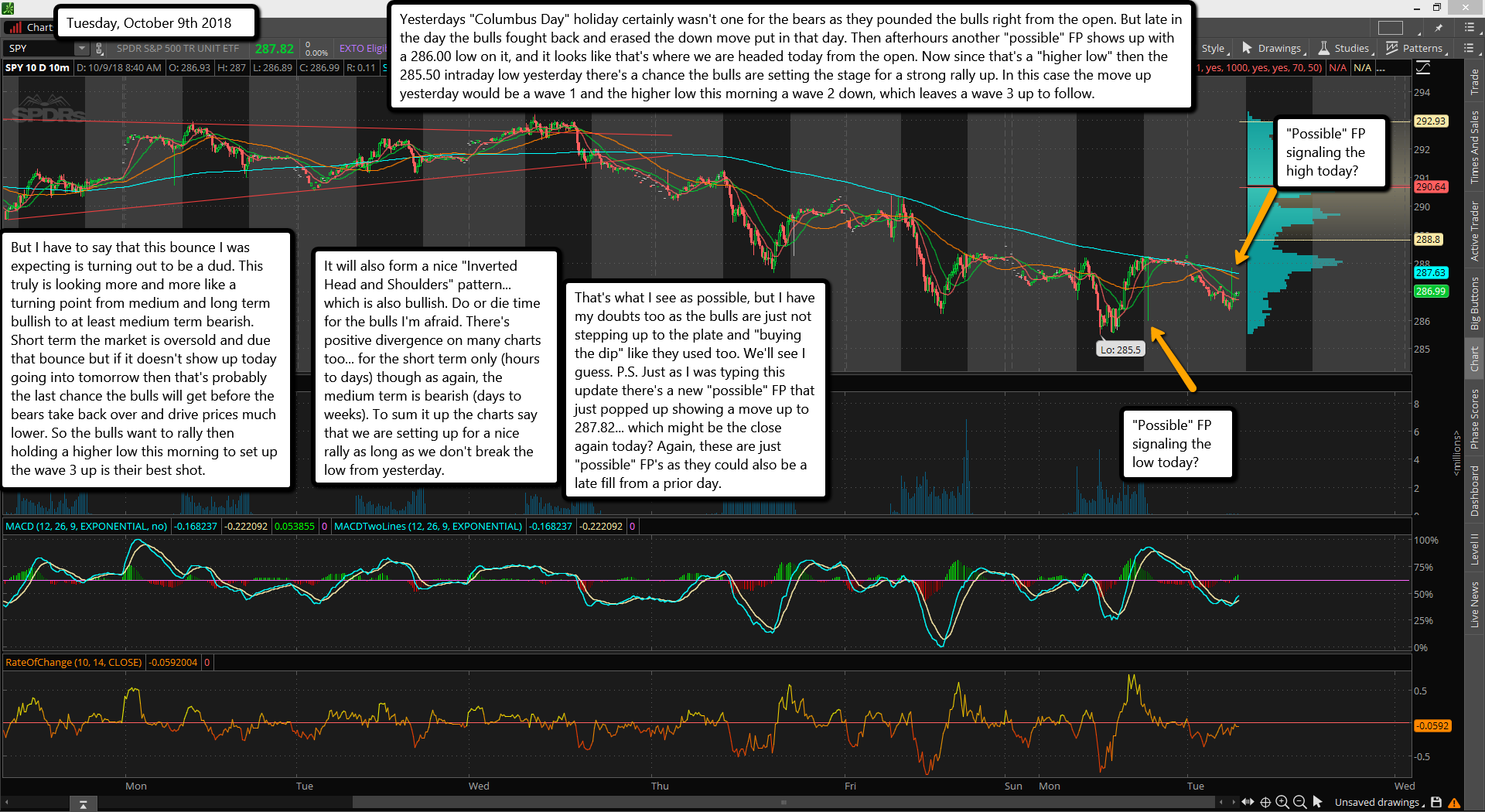 Yesterdays "Columbus Day" holiday certainly wasn't one for the bears as they pounded the bulls right from the open. But late in the day the bulls fought back and erased the down move put in that day. Then afterhours another "possible" FP shows up with a 286.00 low on it, and it looks like that's where we are headed today from the open. Now since that's a "higher low" then the 285.50 intraday low yesterday there's a chance the bulls are setting the stage for a strong rally up. In this case the move up yesterday would be a wave 1 and the higher low this morning a wave 2 down, which leaves a wave 3 up to follow.

But I have to say that this bounce I was expecting is turning out to be a dud. This truly is looking more and more like a turning point from medium and long term bullish to at least medium term bearish. Short term the market is oversold and due that bounce but if it doesn't show up today going into tomorrow then that's probably the last chance the bulls will get before the bears take back over and drive prices much lower. So the bulls want to rally then holding a higher low this morning to set up the wave 3 up is their best shot.

It will also form a nice "Inverted Head and Shoulders" pattern... which is also bullish. Do or die time for the bulls I'm afraid. There's positive divergence on many charts too... for the short term only (hours to days) though as again, the medium term is bearish (days to weeks). To sum it up the charts say that we are setting up for a nice rally as long as we don't break the low from yesterday.

That's what I see as possible, but I have my doubts too as the bulls are just not stepping up to the plate and "buying the dip" like they used too. We'll see I guess. P.S. Just as I was typing this update there's a new "possible" FP that just popped up showing a move up to 287.82... which might be the close again today? Again, these are just "possible" FP's as they could also be a late fill from a prior day. 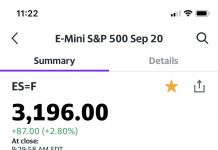